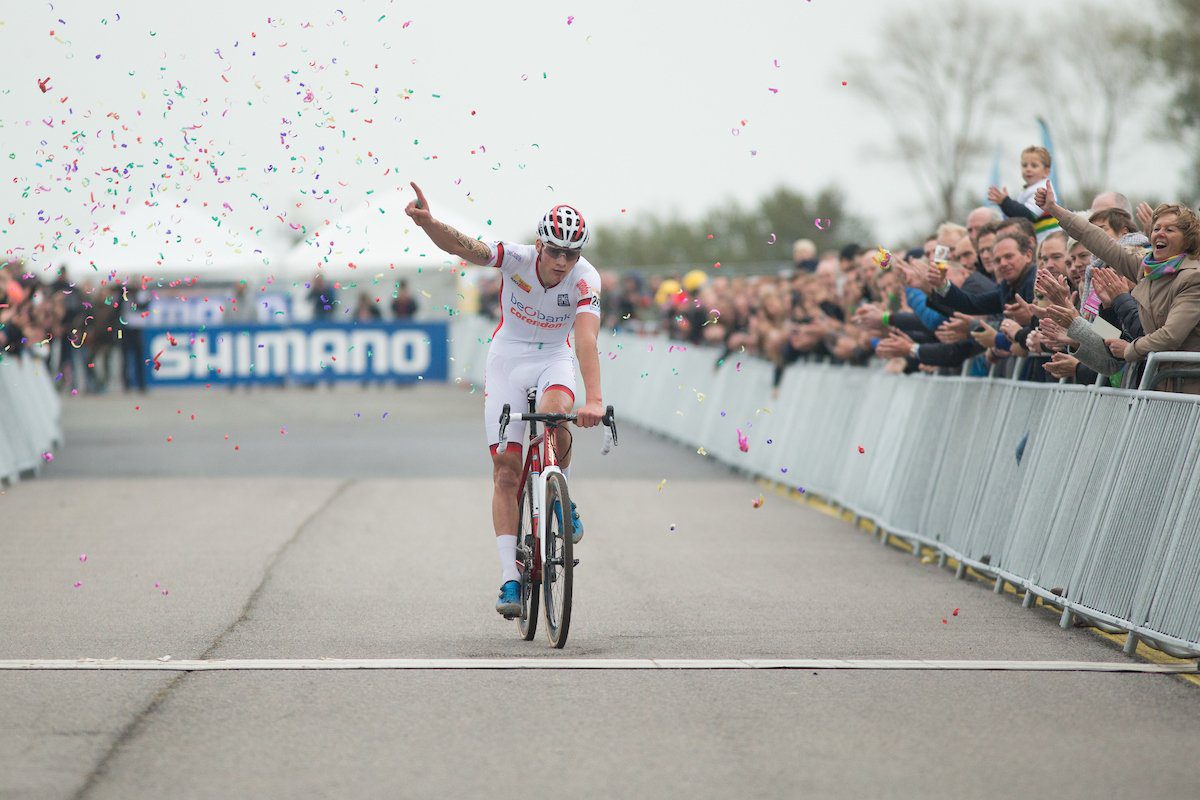 In an impressive display of his boundless abilities, Van der Poel out sprinted dedicated road racers Danny van Poppel (LottoNl-Jumbo) and Ramon Sinkeldam (Groupama-FDJ) to claim his first elite Dutch road title after spending much of the late stage of the race out in front of the pack with a small breakaway group that would be caught near the finish.

Hoogerheide is a venue that has been kind to van der Poel. Earlier this spring, the Corendon-Circus rider clinched the UCI Cyclocross World Cup in the small Dutch town.

While the young Dutch rider’s star shines brightest in cyclocross, he is no stranger to winning outside of the winter cycling discipline. Van der Poel has been racing mountain bike World Cup’s in the hopes of qualifying for a future Olympics. He briefly held the World Cup leaders jersey this year before conceding his points lead to Nino Schurter after pulling out of the Nove Mesto World Cup round due to a lingering wrist injury.

On the road, van der Poel’s first elite road title adds to his successful 2013 season where he claimed both the Dutch junior national championship and junior world championship titles.

Van der Poel will have the chance to add to his road and cyclocross victories and go for a complete collection of Dutch champion jerseys on 21-22 July when the country’s XCO national championships will be held in Apeldoorn.