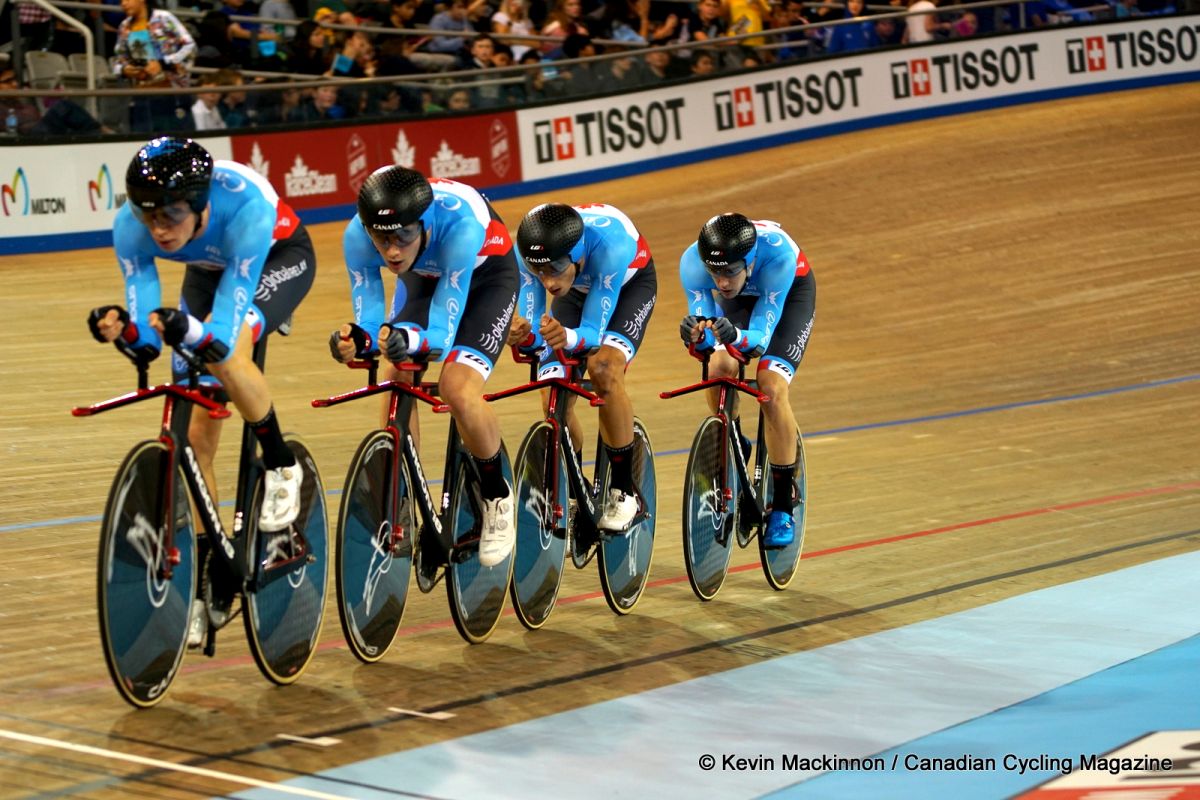 The Mattamy National Cycling Centre in Milton, Ont. will once again host the Tissot UCI Track Cycling World Cup, Cycling Canada announced on Feb. 13. The event, happening from Oct. 26 to 28 of 2018, marks the second consecutive year that the state of the art velodrome in southern Ontario has been the site of the prestigious competition.

With five sessions of racing spanning those three days, the world cup — the highest international level of track cycling competition, along with being a major qualifier for the Olympics and the UCI world championships — will be the year’s second qualifying competition for the discipline.

Pierre Lafontaine, CEO of Cycling Canada, noted the importance of the event, both for athletes and for furthering Canadian cycling. “We are excited to work with the UCI and our multiple partners to build on last year’s success,” Lafontaine said. “Hosting the Tissot UCI track cycling World Cup is a great opportunity for us to expose more people to the sport of cycling, and we hope that the good performances of the Canadian National Team will inspire more people to get active and to get on a bike.”

The choice of venue for the 2018 World Cup also reflects the significance of the Mattamy National Cycling Centre as a world-class track cycling facility. Built in 2015 to host track events at that year’s Pan Am Games, the Category 1 velodrome — one of only two such velodromes in North America — meets the requirements necessary for the global competition.

Looking back on the first year that Milton hosted the track World Cup, Mathieu Boucher, Cycling Canada’s performance development director, is optimistic about what 2018 will bring.

“We had a great first edition in 2017,” Boucher said, “and we are working on making the experience even better for participants and spectators alike. We saw some great performances from the Canadian team last year and we are excited to see our athletes perform at home in this state of the art facility once again.”

Further information is available online at cyclingcanada.ca. Ticket information and event details will be announced later this year.