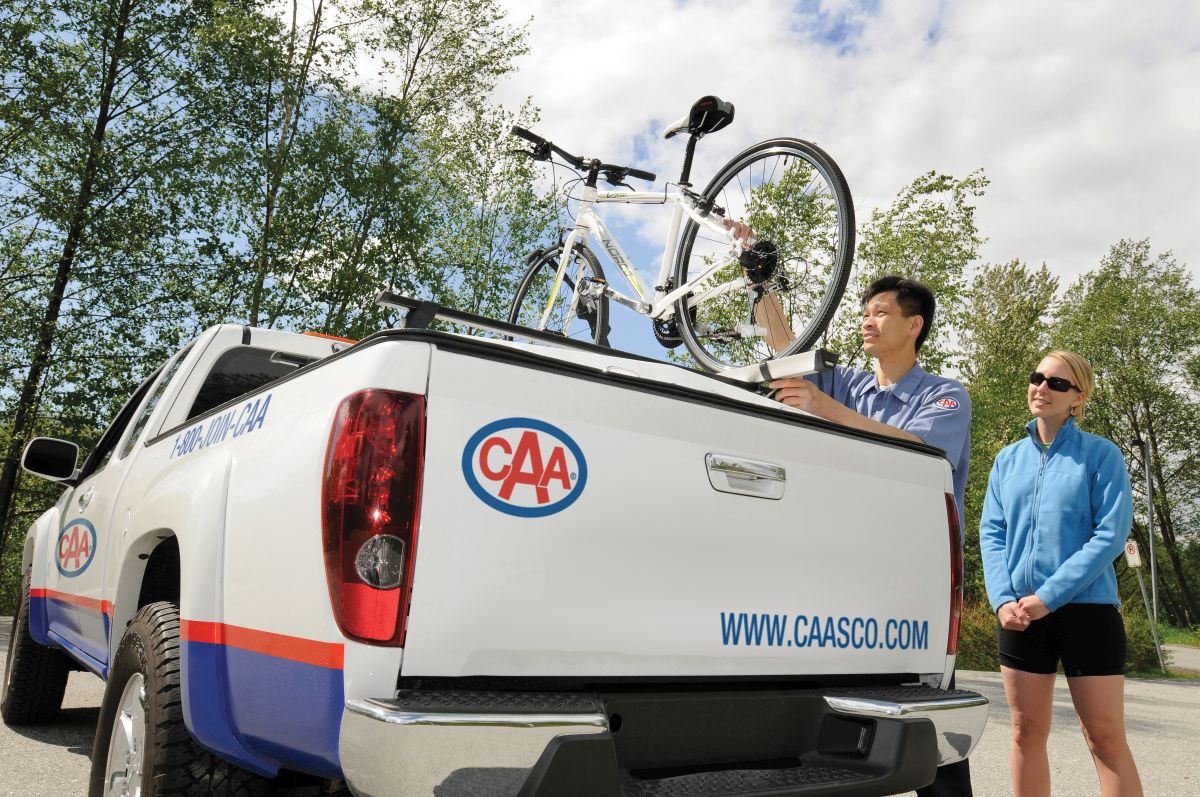 Diane Freeman, an avid cyclist and city councillor in Waterloo, Ont., was taking part in this past summer’s Great Waterfront Trail Adventure, a 530-km, seven-day ride from Point Pelee National Park to Toronto’s Rouge National Urban Park, when she noticed her front wheel starting to wobble. “I stopped to see what the problem was and the tire was essentially flat,” she said.

Freeman, a cycling advocate, happened to have the Canadian Automobile Association’s (CAA) Bike Assist app on her phone. She was just about to use it when a CAA representative, shadowing the ride, came by, stopped and called directly for assistance. But Freeman was glad she had the app, which has been in existence for five years.

In Freeman’s emergency, the responding CAA technician replaced the tube and the tire of her otherwise undamaged Specialized Vita, she said. Glass caused the tire to fail. “He thought that glass could punch through again if he didn’t replace the entire tire,” Freeman said. She was rolling in roughly 15 minutes.

Most people naturally assume the CAA provides road assistance strictly for motorists. But times change, as do the needs of the CAA’s membership. Since more and more members are also cyclists, the club thought it prudent to design a service specifically for them. “We just noticed how our membership was growing and shifting a little bit and how people were open to the idea of mixing vehicles and cycling and public transit,” CAA spokeswoman Kristine D’Arbelles said.

The Bike Assist app allows a member to access road assistance by touching the exclamation point in the top right corner of the screen. The app also has a tab where you can create and track a bike route and share it with other riders. And there’s the repairs tab, which features videos giving tips on basic bike repair.

The app was pioneered by CAA’s South Central Ontario office in Thornhill. Its use, so far, has been confined to Ontario. The CAA does not have stats on how often the app is used and will be relaunching an upgraded version in the spring. But Bike Assist, as a general service, is still available for CAA members across Canada with the exceptions of Saskatchewan and the Atlantic provinces, in part a function of their vast and remote geography.

Meanwhile, two-wheeled CAA members can expect the very same service they’d get if their cars broke down. A repair can take place along the side of the road. If it’s complex, the cyclist and her bike could be driven to a bike shop or simply back home.

Unlike for cars, however, don’t expect a tow truck to come to your aid. In urban regions especially, the CAA uses light panel or pick-up trucks.

And nothing is too trivial a repair. “I don’t have the knowledge so if my chain were to come off, I might be able to fiddle with it for 10 minutes, but who knows if I’d be able to fix it,” D’Arbelles said. “So I would be the type of person to give CAA a call.”

Meanwhile, Freeman, a professional engineer and project manager for an architectural firm, cycles about 100 km a week – 30 km a day in good weather – riding to work and back home or to her councillor’s job at city hall. (In 2009, Freeman helped to bring the first Ontario Bike Summit to her city.)

She says Bike Assist is particularly useful for novice cyclists. “They can be confident that if they do run into problems, they can immediately call for assistance,” she said. But it also helps more experienced riders on outings like weekend jaunts. “It’s particularly of value if you’re out and away from home,” she added.