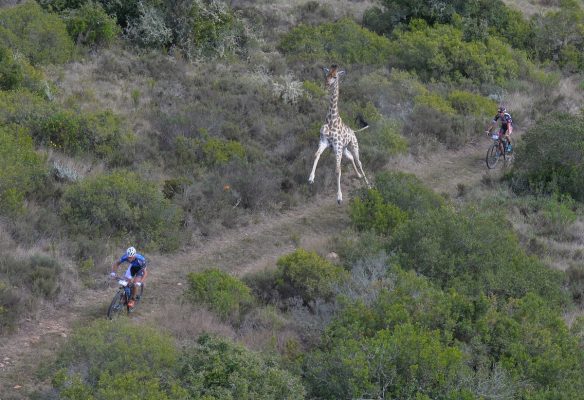 Stage 1 of the Cape Pioneer Trek marathon mountain bike event was the stage for a hair raising wilderness encounter. Cyclists run into, sometimes literally, a variety of wildlife on their adventures. A family of unusually curious skunks greeted a cyclist in Quebec, an unsuspecting mountain biker in California slammed into a bear, and an ostrich prompted a group of cyclists in South Africa to have quite the sprint workout in recent memory. A giraffe galloping after cyclists, that’s something terrifying that an unlucky racer experienced at the Cape Pioneer Trek.

Photos taken by Zoon Cronje captured the encounter  on Stage 1 of this year’s seven-stage endurance marathon mountain bike race currently taking place in South Africa. The photos show a giraffe chasing Dutch rider Gerben Mos (KMC Fruit to Go) who surely had to dig deep to avoid being run down by the immense animal. Austrian Lucas Islitzer (Craft Rocky Mountain Factory Team) who was behind the giraffe needed to slam on the brakes to avoid the giraffe.

“Yes, that was quite a shock, because he was really close,” Moss told RTL. During the race, seeing wildlife is not unexpected as Moss said before the race. “Then you suddenly see a turtle and also other animals like giraffes… you will see many beautiful things here.”

According to the race organizers, the giraffes were spooked by the helicopter with the pilot managing to frighten two of them off. The third large mammal ran straight for the race course. After a frantic few seconds, the giraffe veers off the track surely to the great relief of the cyclists.

According to the race preview, Stage 1 took place on freshly made single track through the area saying that “riders will come face-to-face with the free roaming big five of the African continent” in the wilderness stage. The cyclist was probably thankful to not have come face to face with a charging rhino or lion but the encounter with the giraffe could have been nothing short of terrifying. Giraffes are capable of sprinting up to 60 kph and sustaining 50 kph for several kilometers. It appears this cyclist was quite fortunate to have gotten away unharmed.

Nico Bell and Gawie Combrinck won the first stages of the race that covered 94 km. Moss finished fifth. The 503 km race kicked off in Mossell Bay with a prologue. The race wraps up on October 22. 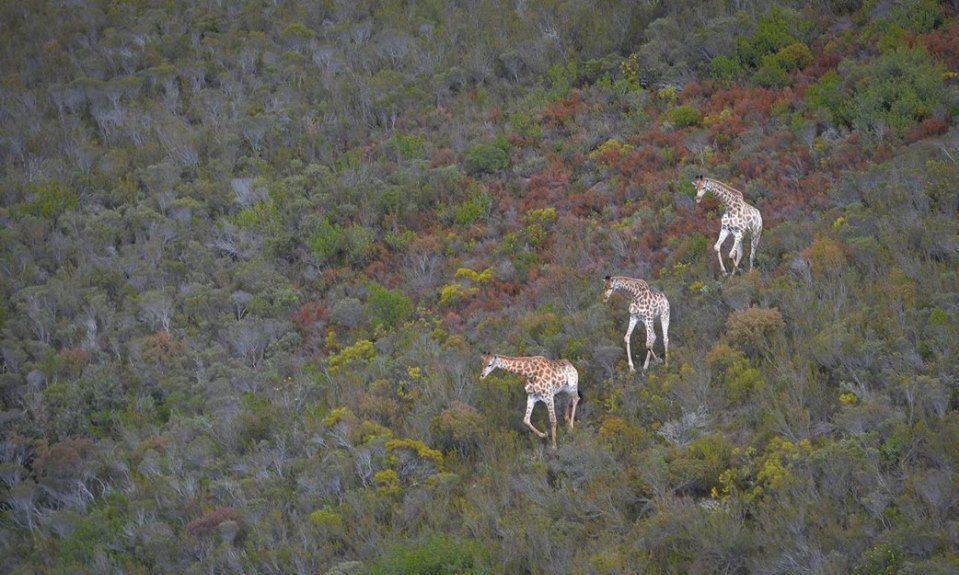 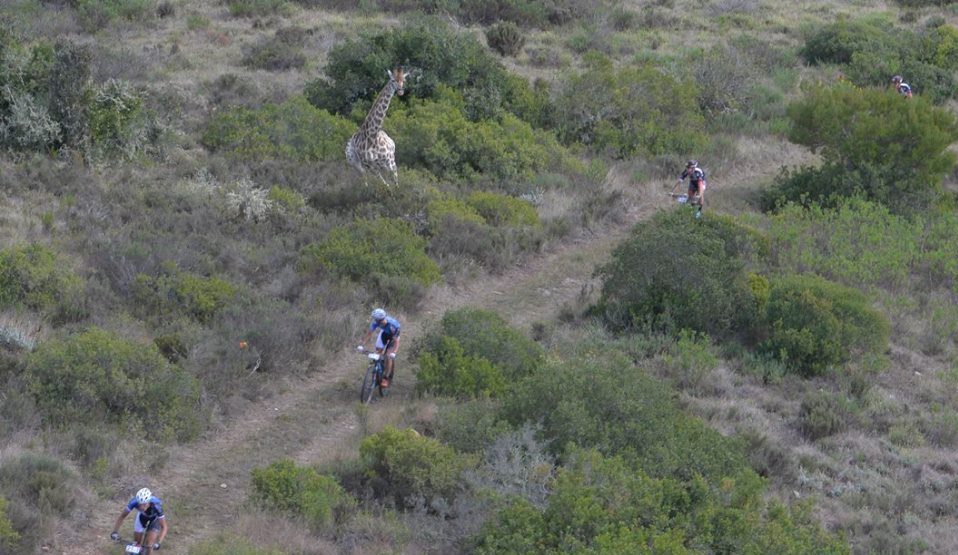 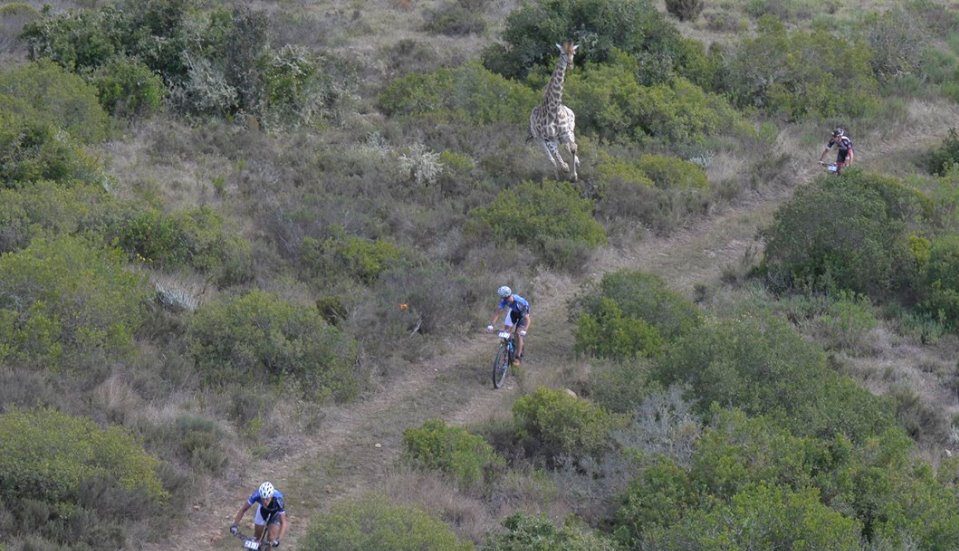 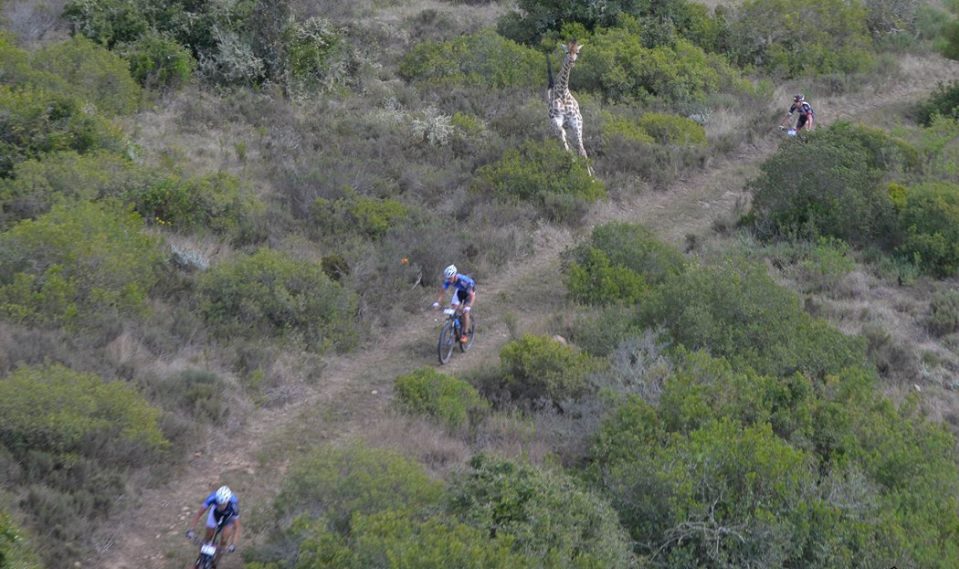 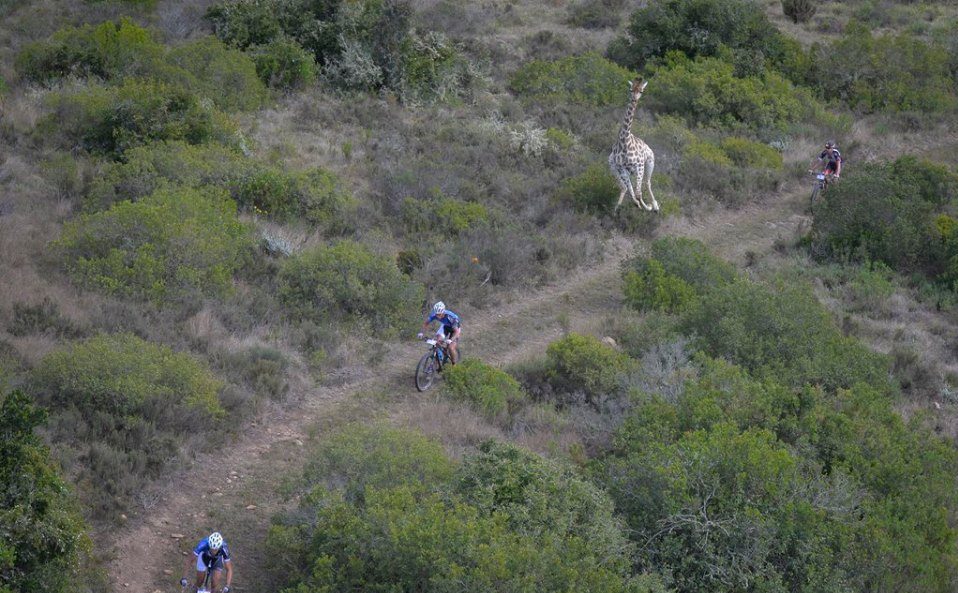 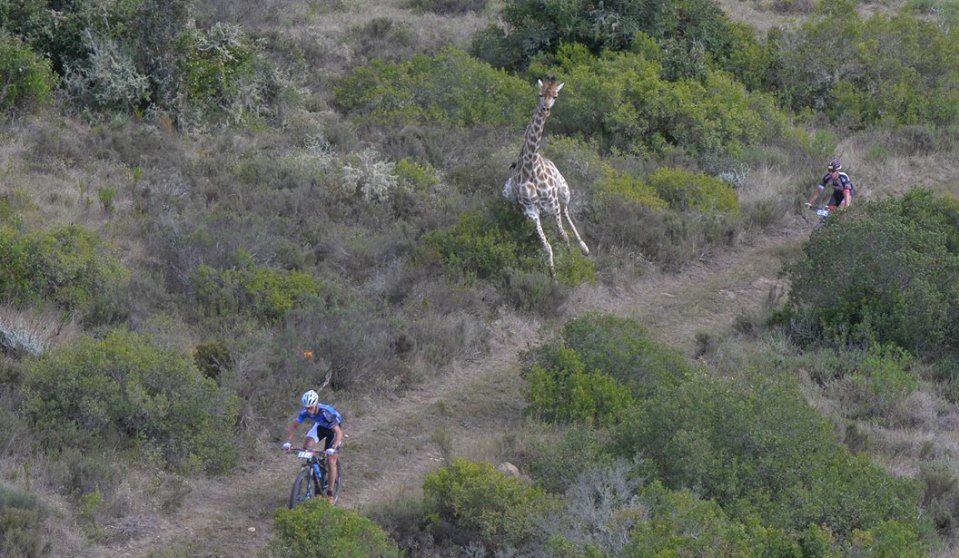 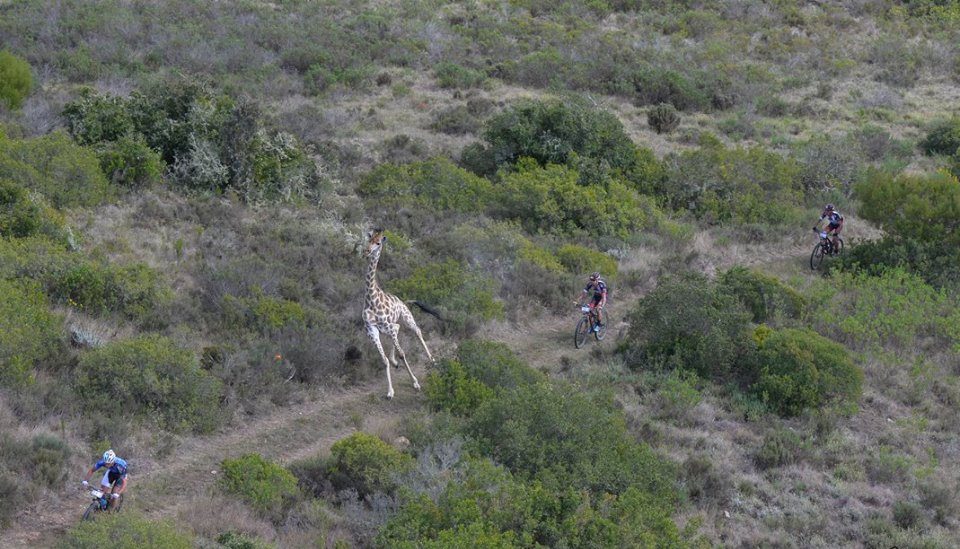 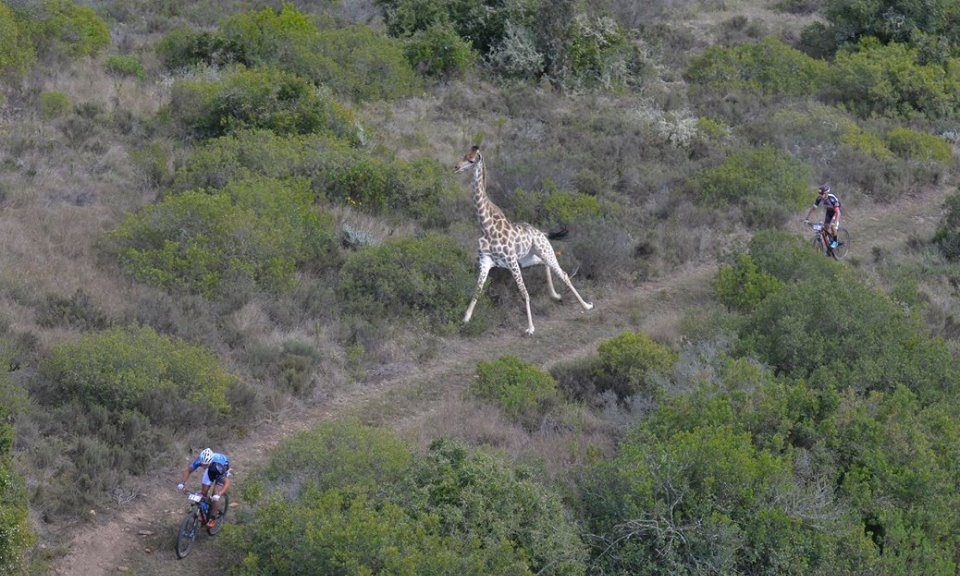