Iconic Canadian musician Neil Peart has died at the age of 67, reports the CBC.

Peart will forever be known as the drummer and lyricist for the Canadian band Rush. The Hamilton, Ont.-born musician was also an avid cyclist. 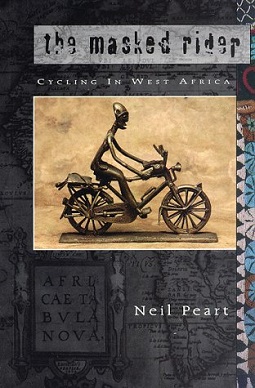 In 1996, Peart published The Masked Rider: Cycling in West Africa. The book chronicled his 1988 bicycle tour of Cameroon.

For a period, Peart brought his touring bike along on when Rush went on the road. He once completed a century ride between gigs in Cleavland, OH.

Widely acknowledged as one of the great Rock and Roll drummers of all time, Peart often credited a strong fitness regimen, including cycling, with his professional longevity.

Playing an instrument notorious for short careers, Peart’s prolific career spanned decades. When profiled in the Los Angeles Times he talked about cycling as part of his focus on endurance fitness, which Peart argued was essential to his ability to perform during live tours.

Peart’s travel writing didn’t stop with The Masked Rider. In 2002, he penned Ghost Rider: Travels on the Healing Road. The travel memoir recalled his long distance motorcycle touring across North and Central America.

Neil Peart died Friday in Santa Monica, Calif., after having been diagnosed with brain cancer. His passing was confirmed by Meg Symsyk, the progressive rock band’s media spokesperson.

During his lifetime, Peart was awarded several of Canada’s top honours for his contributions to Rush. They have been inducted into the Canadian Music Hall of Fame, Canada’s Walk of Fame, received the Governor General’s Performing Arts Awards and the Order of Canada, as well as numerous Juno awards.

Peart retired from his position in Rush, and from drumming professionally, in 2015.

Canadians and musicians around the world paid tribute to Peart online following the news of his death:

RIP the great Neil Peart. I loved the stories of Neil riding his motorcycle to the gigs, or pranking KISS backstage, or his columns on CBC where he’d tell Peter Gzowski about his favourite bands. Great musician, brave guy, and someone who we’ll hear for generations. pic.twitter.com/G60icslU6N

I just heard about Neil Peart passing. I feel real bad about this – he was way too young. Neil was one of the great drummers and he’ll be missed. Love & mercy to Neil’s family.
– Brian pic.twitter.com/T5qjECWX1W

The master will be missed – Neil Peart RIP #RushForever pic.twitter.com/o4Y6chFiB3

At the end of a crazy @rockhall night in 2013 where @rushtheband & @PublicEnemyFTP were inducted. It was just myself & Neil PEart alone talkin & laughing low in relief the long night was over-a small table backstage sharing a unique moment without much word. Rest in Beats my man

Questlove, drummer and co-frontman of The Roots:

…dude…fu%+in Neil The GAWD. All respect due to the legend. RIP.