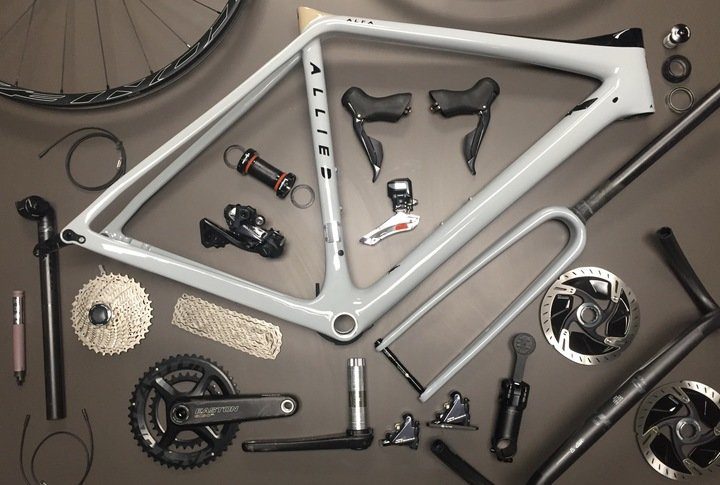 The new Easton Overland team will start their season at the Land Run 100 on March 16. From there, they’ll target the biggest names in gravel racing, including the Belgian Waffle Ride, Dirty Kanza 200 and Grinduro.

Supporting the athletes at these races will be a full support / content team, including Nicholas Kupiak, Easton’s videographer, Matt Hornalnd, Easton brand manager and the teams not-so-neutral support provider, and Andy Chasteen, photographer and storyteller from Allied Cycles.

Easton Overland will take on the continents grittiest races aboard Allied Cycleworks’ Alfa Allroad frames. As you might expect, the U.S. made carbon frames will be decked out in full Easton kit, along with parts from Schwalbe and Shimano. Additional team support includes Camelbak, Bell Helmets and the ever fashionable 100% Eyewear.

If you want to see Easton Overland’s not-so-neutral support man Matt Hornland convert that spread of Easton parts into an Allied Alfa Allroad, whether that’s to learn a pro trick or critique his mechanical technique, watch below: