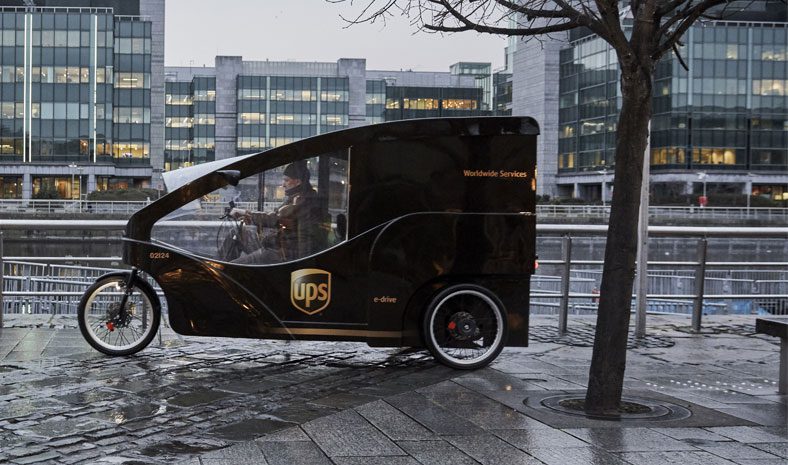 New York City’s congestion is notorious and the growth of online shopping has only added to the gridlock with thousands of delivery trucks parking and delivering packages daily. In an effort to curb carbon emissions and cut congestion, the city has announced a pilot project in which 100 cargo bikes will be able to park in existing commercial loading areas that are currently reserved for trucks and vans.

The project, whose participants include DHL, UPS and Amazon, will mark the first time New York City has officially endorsed cargo bikes as a mode of transit. Bike messengers have been a staple of New York’s streets for more than a century, delivering goods, documents and packages by bike all over the city. Messengers are able to navigate through congested traffic easily or use bike lanes, delivering items faster than a car or truck would be able to. Smaller cargo bikes can park on wide sidewalks, saving on time and the carbon emissions a truck would release while looking for parking.

Many cities have already embraced cargo bikes as a method of delivery. UPS introduced cargo bikes to Hamburg in 2012 and a number of European cities have followed suit. The bikes are a piece of the growing environmental movement. For New York, they fit into the city’s effort to reduce carbon emissions to zero by 2040. UPS bikes can be found in more than 30 cities. In 2017, the company launched a cargo-bike pilot project in Toronto, but it has since abandoned it and concentrated resources on delivery vans. The company pulled the project (which involved only one cargo bike), once the “weather jeopardized the safety and comfort of the UPS rider” a spokesperson for the company told the Toronto Star. New York winters are more mild than Toronto’s, but inexperienced riders and snowy conditions may affect the success of the pilot.