Flashpoint MVMNT, a new kind of cycling team launched on Mar. 30. The group, which defines itself as “a collective of athletes and brands united in a common goal to introduce new audiences to cycling” plans to prioritizes fun over suffering and believes that making positive changes is a bigger achievement than winning any race.

The team of four cyclists has a stacked roster of sponsors. Founded by Giro Sport Design, the group is supported by Canyon Bicycles, SRAM/Zipp/RockShox, Wahoo Fitness, Thule, and Wilderness Trail Bikes. “The Flashpoint MVMNT crew came together naturally because we all see the same thing,” says Dain Zaffke, Giro Marketing Director. “Cycling is no longer solely defined by what happens at commercial events like the Tour de France, the UCI World Cup and Red Bull Rampage, it’s being shaped by the masses and the grassroots riders.”

Pinarello recently announced a similar ‘ambassador’ program, Pinarello Scuderia, with which Pinarello plans to collaborate with members to create “inspiring stories and experiences aimed at increasing accessibility to cycling for all demographics and experience levels.” Steering away from the traditional definition of a cycling team, this new type of team/collective/group with corporate cycling brand sponsorship is aiming to grab the interest of a more diverse group of cyclists. “After a year of turmoil, bikes have never been more popular as a means of exploration, exercise, and adventure,” says Zaffke.”But this boom illustrates the divide between cycling media/marketing and the folks actually buying the equipment. Why should newcomers be influenced by the traditional reference points? Flashpoint MVMNT riders are all motivated to challenge the status quo and change the image of cycling.” 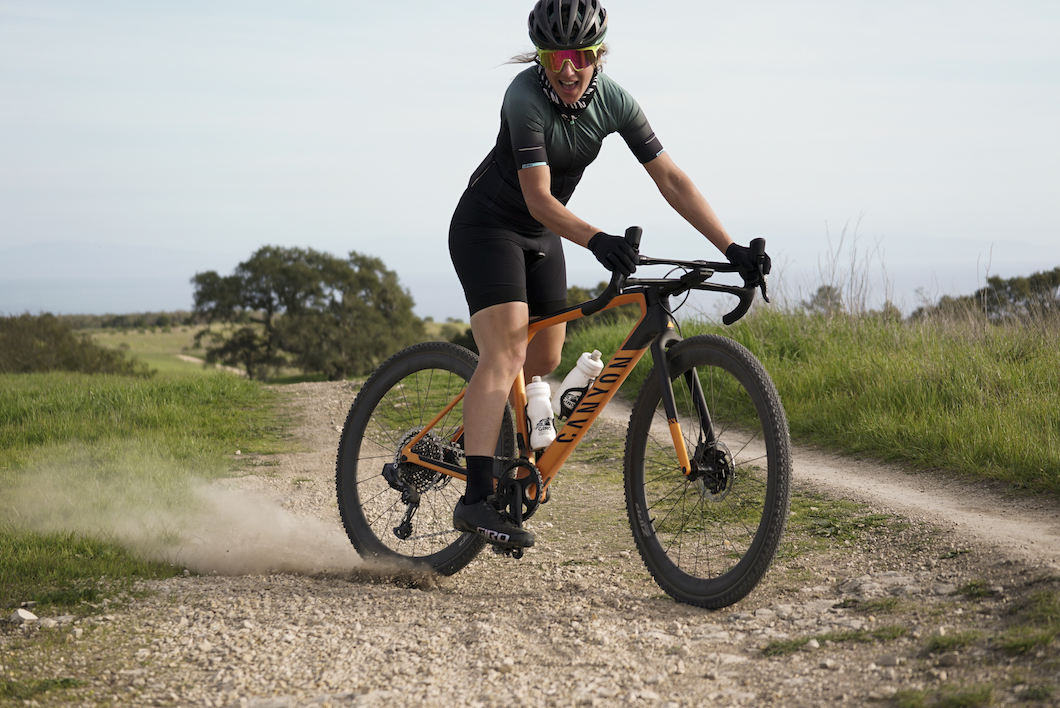 The Flashpoint MVMNT riders, who each have very different backgrounds, are Kathy Pruitt, Andrew Jackson, Nehemiah Brown, and Amanda Schaper (who is also team manager). While they all ride bikes for different reasons, they’ve come together with their desire to break down the barriers that prevent people from enjoying riding bikes. 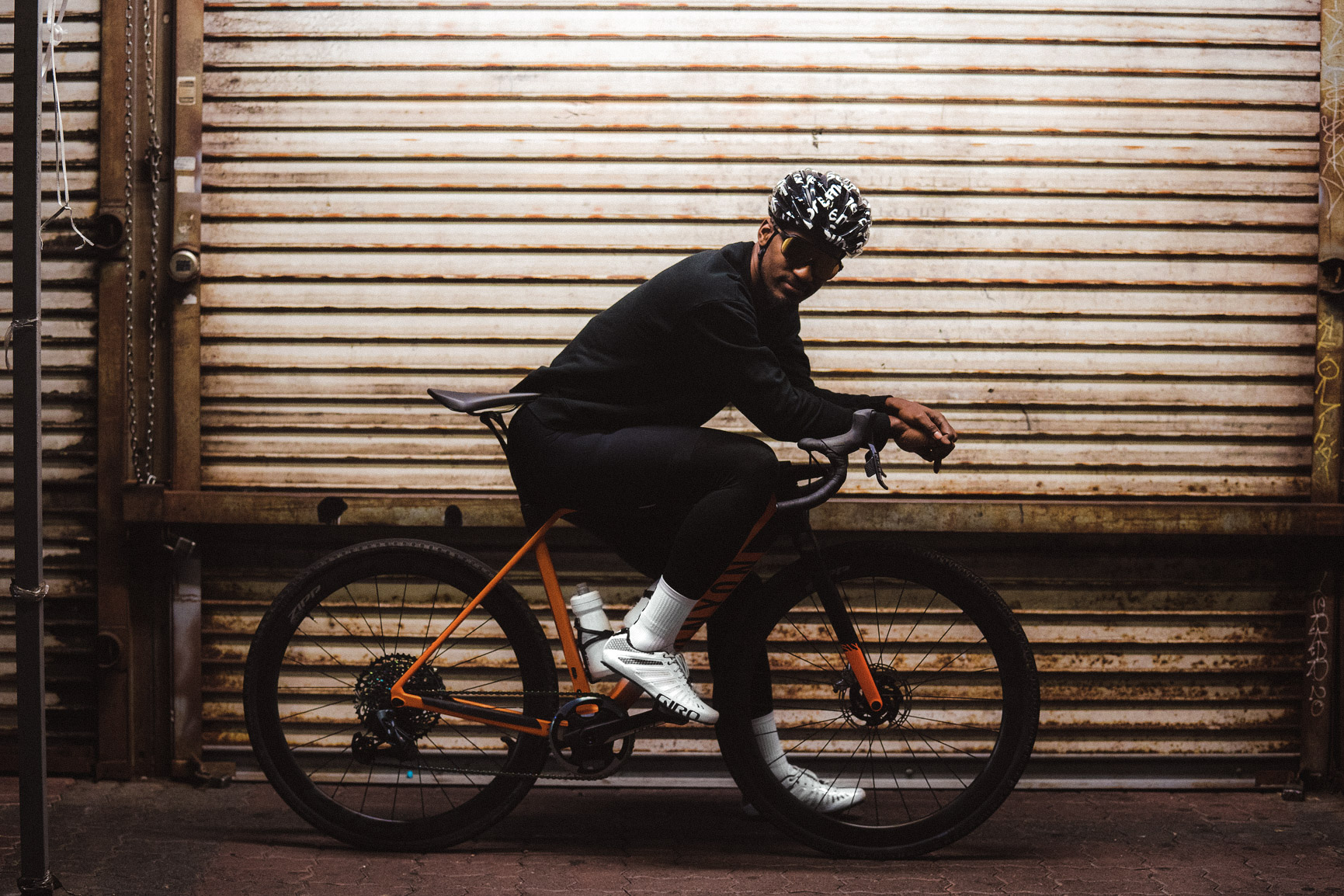 Some members of the group will participate in events including the Belgian Waffle Ride, SBT GRVL, Grinduro Wales, Grinduro California. Beyond racing, Flashpoint MVMNT plans to create content that showcases faces and personalities that a broader group of people can identify with. 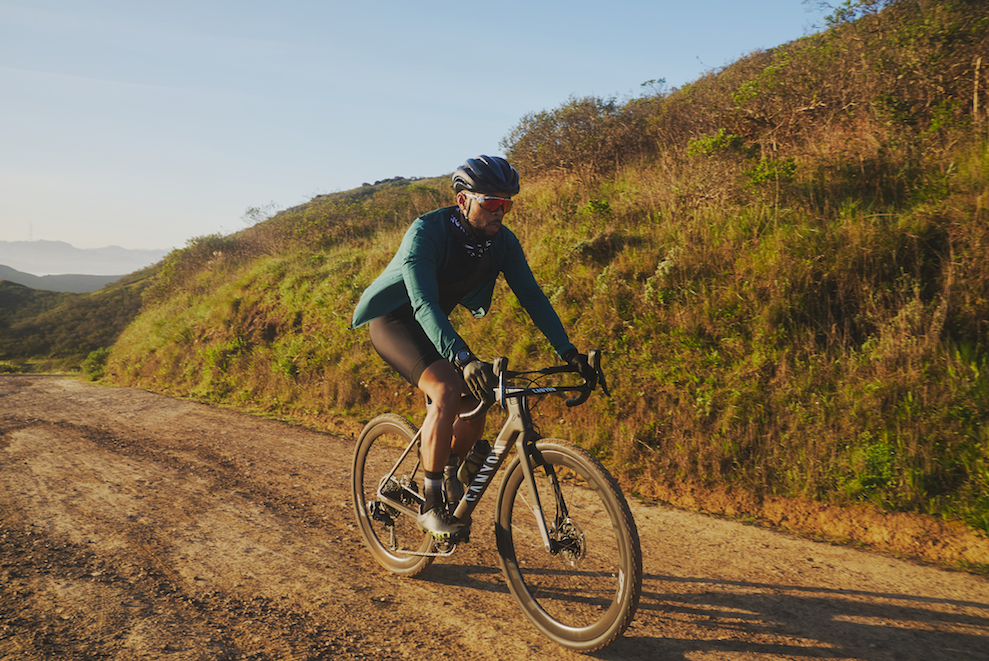 The elite racers have a grassroots mindset and say that they are committed to being kind and welcoming to everybody. Kathy Pruitt, a gravel racer and 2000 Junior Downhill World Champion has a goal of encouraging new cyclists to toe the line this year. Andrew Jackson, a professional filmmaker with a BMX street-riding background wants to show people that they don’t need to live in the mountains to ride gravel. Nehemiah Brown is working to achieve more diversity in cycling and advises brands on how to be more inclusive. Amanda Schaper works in marketing for many bike industry brands, and tries to use her position in the bike industry to create new opportunities for women and promote gender inclusivity.

“We are committed to proving that riders don’t need a specific look or uniform to feel welcome in cycling,” says Schaper. “We want every rider to feel like they belong, no matter their skin color, gender, body type, cultural background, household income, or equipment preferences. We are focused on the fun that unites us all and making the changes that we want to see in our sport.”