The Ontario Cycling Association is planning the return of the Queens Park Criterium, scheduled for July 1, 2020. The race, which ran from the ’80s to early ’90s (with a brief revival in 2010) is part of the Ontario 2020 road criterium preliminary schedule.

In 1983, the Carlsberg Light Grand Prix, organized by Thom Hughes, was the first Queen’s Park crit. The Carlsberg horses and as many as 50,000 spectators annually attended the race. Canadian Tire sponsored later iterations of the criterium, which included UCI level races. Riders such as Steve Bauer, Francesco Moser, Micheal Barry and Ryder Hesjedal competed in the downtown park. Ten years of Queens Park races ended in 1993 when the race lost its Canadian Tire sponsorship funding. 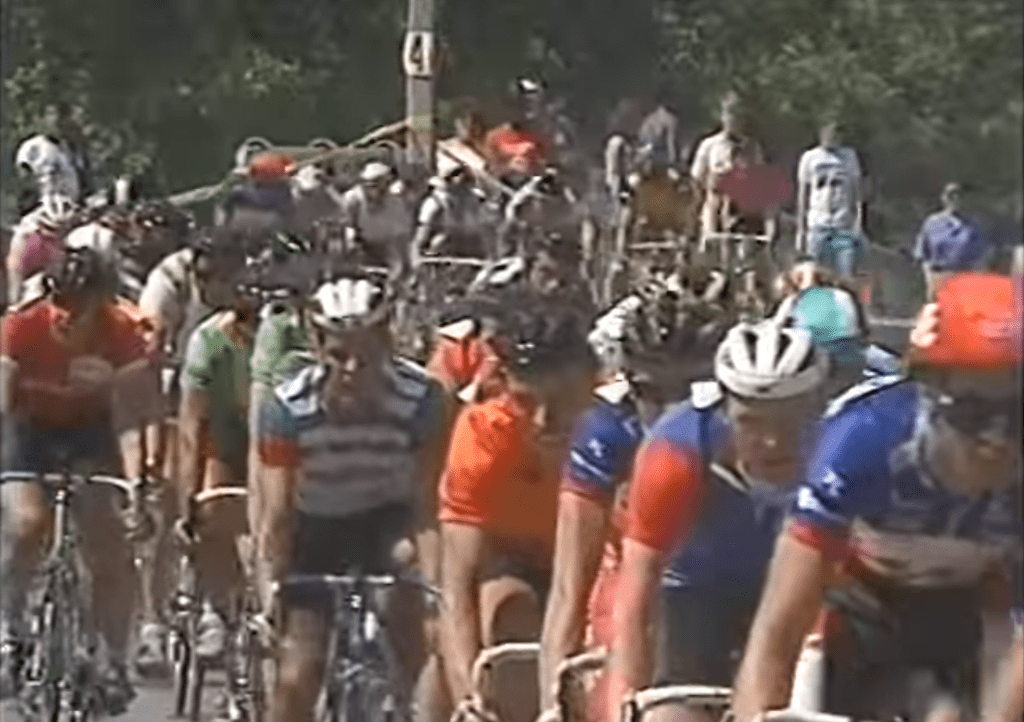 In the past, the criterium route circled the oval-shaped park. Recently, a series of protected bike lanes have been installed around the park, a factor organizers will have to consider when deciding on the precise criterium route for 2020. The layout of the course and road closures will be important, as the 2020 Queens Park crit will take place on Canada Day, a busy day for the Ontario Provincial Parliament directly across the street from the park.

Check out some classic crit racing at the 1988 Queens Park Criterium, featuring Eon Dornellas, vintage bikes, an ’80s soundtrack, a twist in the final sprint and giant sunglasses that look surprisingly similar to current fashion.