Tensions in rural Ontario between cyclists, locals and police have reached new levels in Collingwood. In June, a club ride from Collingwood to Creemore was stopped by local law enforcement. The riders had been observed by aerial surveillance rolling through two rural stop signs as first reported by The Star. The officer on the scene asked for the cyclists ID to ticket them. When one of the riders, a former police officer, refused he was handcuffed. The incident comes at the same time as an unidentified vandal has been defacing “Share the road” signs that urge drivers to safely pass cyclists in the area.

Collingwood, on the south shore of Georgian Bay, has developed into a popular destination for cyclists seeking quiet rural roads to ride through the rolling fields and forested countryside. The area hosts a number of local events including the popular UCI Blue Mountains Gran Fondo. Collingwood is also home to the Collingwood Cycling Club (CCC) which has more than 450 members. Cottage goers and cyclists looking to escape busy Toronto often weekend in the region.

Some locals are aggravated by the influx of cyclists and the police have taken sides with the locals going out of their way to enforce the letter of the law.

“They’re certainly harassing us for whatever reason, and I don’t think it is safety. I think it’s more they may be reflecting a segment of the community’s opinion,” said CCC member Pete Bailey, 74, told The Star.

Bailey along with his wife Clare O’Brien, were amoung the group of seven riders who were stopped by police after being observed running two stop signs using aerial surveillance on their 80-km club ride. Another rider in the group was a retired police officer who worked 26-years as a member of the Toronto police.

“He had not seen us committing an offence. If you go to Google, it’s [a stop sign] at least 23 minutes away where this alleged offence took place,” the retired officer, who requested his name be kept anonymous, said. “I don’t know if cyclists went through there but it wasn’t me…I stopped.”

When asked to present identification, the retired police officer refused and asked to be shown the relevant section of the Highway Traffic Act that required him to produce ID. He was handcuffed by the police and released a little while later after giving his name.

“That caught me by surprise,” said the retired police officer. “If you’re transporting a prisoner, sure, but you don’t, as I see it, handcuff a 70-year-old in Lycra … with cleats on.”

The whole encounter was caught on camera by O’Brien. The cyclists weren’t ticketed in the end and the police would not confirm whether aerial surveillance had been used.

“Something is amiss here. Taxpayer money? Was there no missing kids that weekend they could have used the plane for?” said the retired Toronto cop.

Cindy Boyd, 55, was another rider in the group that was stopped. She said that the police’s actions seemed to be intended to send a message that cyclists should beware riding in the area. Boyd recently moved back to Collingwood from Markham and has been taken aback by the level of aggression demonstrated by some drivers toward cyclists.

“Collingwood is a blue-collar town, underneath all of it. I grew up here, I know. I’m from Redneckville,” Boyd said to The Star. “It is the [cycling] culture that this area is not ready for. They want to sell their modest little wartime houses, they want to see the money come to the area, but they don’t want to embrace what else it brings.”

Len Goodman, 62, another member of CCC thinks part of the conflict between drivers and cyclists comes from the fact the riders are perceived as entitled intruders who come from different socio-economic classes.

“They’re the rich cottagers who come up here and play in our backyard, and we’re working, driving our trucks as contractors,”Goodman said. “And you guys are playing on your fancy carbon bikes and your fancy Lycra clothing, and getting in the frigging way.”

Following the letter of the law 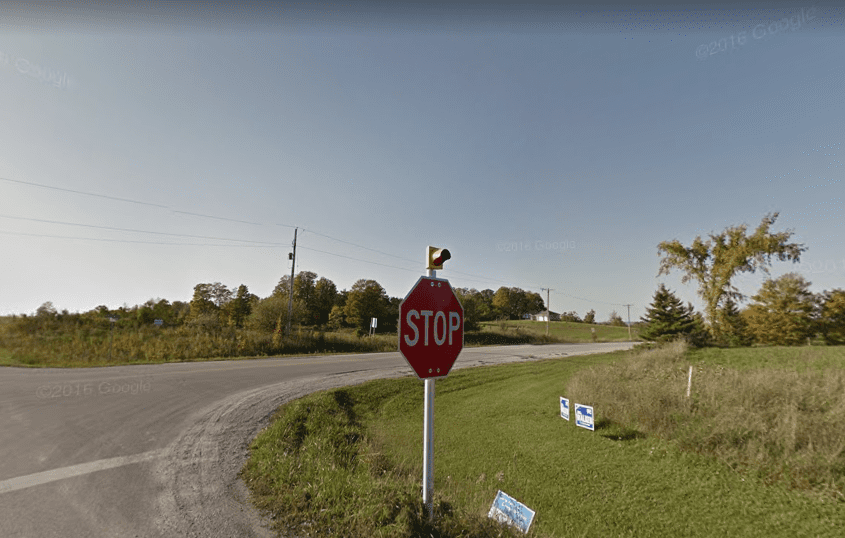 Members of CCC want to focus on the clubs safety record. Riders are urged to follow the law but interpretations between law enforcement and cycling groups differ. According to the Highway Traffic Act, riding side-by-side is not an offence but some riders have been ticketed for doing it.

“We don’t have an agenda other than safe cycling,” said CCC board member Steve Varga. Riders in Collingwood put up with being heckled, sworn at and told to get off the road and the actions of local law enforcement may be in some cases reinforcing the negative attitudes towards cyclists. Member of CCC want to work with local law enforcement to come up with shared interpretations of the Highway Traffic Act to smooth over grey areas that are interpreted differently in different jurisdictions.