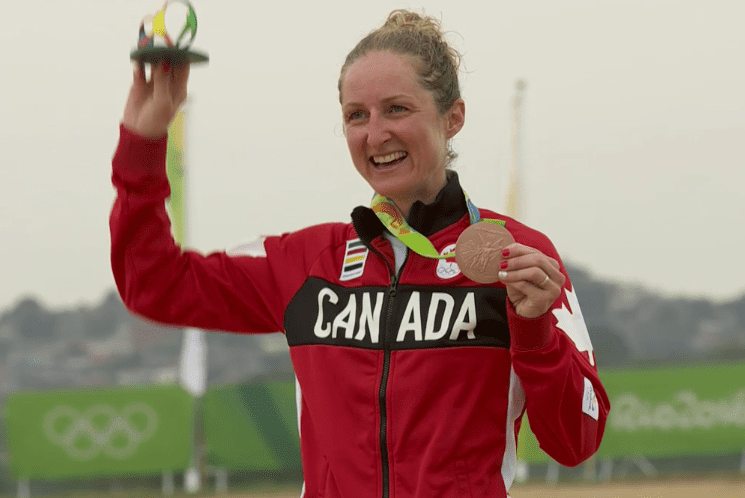 Catharine Pendrel broke her thumb in late-February, a potentially season altering injury, but because she got the medical treatment she required had one of the most memorable seasons of her career. Pendrel was granted access to a single-dose of the pain medication remifentaline that was needed in order to do a surgery to stabilize the broken finger. Remifentaline is a short-acting opioid that is commonly used as an anesthetist with a very short half life. After two pins were inserted into her thumb in April, it allowed for the bone to properly heal. Healthy, Pendrel had a good training block and by the Olympics in August she was in excellent form. In Rio, Pendrel won an Olympic bronze medal and two weeks later won the overall 2016 World Cup title.

There is a growing list of athletes whose confidential medical data has been made public by the Russian hacker group Fancy Bears. It is a wide ranging list of athletes that includes tennis star Raphael Nadal, runner Mo Farah, and Tour de France winners Chris Froome and Bradley Wiggins. Many of the TUEs raise awkward questions for the athletes but Pendrel has nothing to hide knowing that for her the system worked as intended.

TUEs were envisioned as a way to allow sick or injured athletes a way to access the medication they required. It is clear that none of the athletes who applied and were granted a TUE broke any of the WADA rules. However, a TUE should only be granted if an athlete requires that medication. The hacked details have raised suspicious that overuse and abuse of the TUE system is a problem in sport.

RELATED: Pendrel required surgery and applied for a TUE to get the medication she needed

“I don’t like to be lumped with people who were perhaps using things for questionable reasons. Obviously you never want to be associated with anything doping related,” explained Pendrel who added that such leaked data deserves careful examination. “There are a lot of reasons for people to be skeptical but TUEs need to be in place. I needed to apply for this anesthetic for my surgery.”

Pendrel makes it clear that she has nothing to hide but confidentiality is important, even if you are an elite athlete. “I don’t think the public have a right to know about athletes health. I do feel this is a good wake up call for WADA.

“I just hope people take the time to read it and understand what it is,” Pendrel said of her own name being added to the list of athletes whose TUEs have been released. “It’s stressful, people’s opinions about me and my career matter. I never want that negative association.”

“I try as much as possible to have faith in other athletes,” Pendrel added. “I hope people are making the most ethical decisions.”