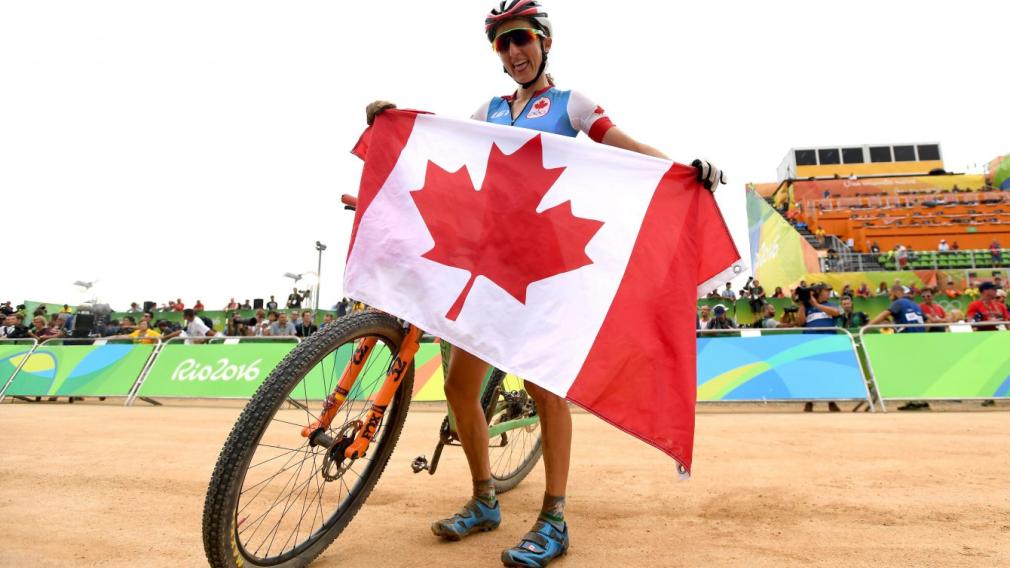 Catharine Pendrel leaves Rio de Janeiro with an Olympic bronze medal capping off a career that includes two world championship titles (2011, 2014), Pan Am (2007) and Commonwealth Games (2014) gold medals, and two overall victories in the World Cup (2010, 2012). After narrowly missing out on a medal at the Beijing Olympics in 2008 where she finished fourth, Pendrel had a big task ahead of her to take home an Olympic medal in Rio after a disaster start in the cross-country mountain bike race.

Caught in a crash at the end of the start loop before the riders entered the main circuit for six laps, Pendrel found herself in 25th position on course out of 29 starters, over 50-seconds back of a strong lead group that contained many of the race favourites. Also affected in the crash was her derailleur forcing her to ride the first climb in the only gear that would work before stopping in the pits to get it fixed by Cycling Canada’s head mechanic Adam Trotter.

In yesterday's women's race @adammtrotter earned an Assist with quick thinking and even quicker action to right @cpendrel shifting after a crash in lap 1. This was @adammtrotter first Olympic Games and he's done a stellar job! His normal gig is looking after a fleet of 8-12 bikes in World Cup competition…great preparation for the demands in @olympics2016_rio #rio #teamcanada @teamcanada

“At the beginning of the race, getting in the crash and then my shifting stopped working…I just thought ‘everything is going wrong!’. But I’m used to having bad starts and I know I can work my way up through the field,” said Pendrel who quickly set about the task of closing the gap to the lead riders. By the second lap she was up to 12th and by the midpoint of the race she had joined a chase group with fellow Canadian Emily Batty.

#CAN @cpendrel came back and is now riding for a #bronze with #CAN @emilybatty right behind in 4th! pic.twitter.com/jjjqgONcnU

“We had prepared for every scenario and Dan [Proulx, national coach] was great at reminding me that in La Bresse [World Cup] I went from a minute-forty back to a silver medal, so I knew that I could close the gap and that’s what I set about doing today,” said Pendrel who bridged across to a Batty attack and then moved into the bronze medal position as Switzerland’s Jolanda Neff fell off the leaders pace. Pendrel was able to surge to within 20-seconds of Poland’s Maja Wloszczowska who would hold on for the silver medal. Emily Batty would finish fourth, just two seconds behind Pendrel.

“It was a best case scenario coming into the finish because I knew that if I wasn’t bronze that Emily would be, ” said Pendrel who had to dig deep in the final to hold off her teammate. “I almost took myself out of bronze at the finish [in a crash], but I’m just so happy that it all worked out in the end.”

#CAN Pendrel was 4th in Beijing, now at the age of 35 she is an #Olympics #Bronze medalist https://t.co/vlkU0nrkLi pic.twitter.com/N0ky8w9xXo

“It’s unbelievable,” said Pendrel. “Before the race I would have been happy with my career if I didn’t have an Olympic medal, but I’m sure happy that I do!  It’s such a feeling, and we’ve worked so hard for this for so many years, with my coach and my team and my husband, that it’s just amazing that it came together.”