People around the world are transporting their Christmas trees by bike proving that it’s really not necessary to own a motorized vehicle to bring the holidays spirit into your home. Chris Bruntlett of Vancouver is collecting the photos of people riding with their trees both big and small on his Modacity Facebook page and on Twitter using the #TreeByBike hashtag.

Transporting a Christmas tree isn’t the most straightforward endeavour. With a car, it often involves ropes, bungee cords and a lot of pine needles to clean up. Then when you start moving the fear it may roll off the roof. While there’s still some creativity and preparation required to transport a conifer by bike, there’s no doubt it’s more fun and fulfilling.

Bruntlett runs a cycling marketing firm and his idea for #TreeByBike came five years ago as he recently told CBC. He had seen an advertisement for a payday loan company with a miserable cyclist struggling to haul his Christmas tree home on his bike.

“The whole message of the ad was, ‘We’ll loan you money to buy a car, so that you can do the things you need to do, like the rest of civilized society, inferring that only poor people … are the ones carrying stuff on their bikes,” he explained to the CBC.

That year, Bruntlett and his wife bought a cargo bike and brought their tree home by bike for the first time. They still pick their tree up and a nearby store accompanied by their two kids every Christmas. The shop they buy the tree from even offers a 10 per cent discount for taking the tree home by bike.

After taking a picture transporting their tree that first year, the response was so overwhelming they started collecting other photos. They’ve received photos from as far as Kahskazstan. The Dutch contribute the most photos to the project but Germany, Belgium, France and the United States are also well represented.

“The amount of creativity and ingenuity, and the types of bikes, trailers and tools that people implement, are really inspiring. It’s a lot of fun to watch,” he said.

“We just wanted to show that not only do people do this kind of stuff with their bicycles, but it’s quite a desirable and enjoyable activity if you just show a little bit of creativity.” 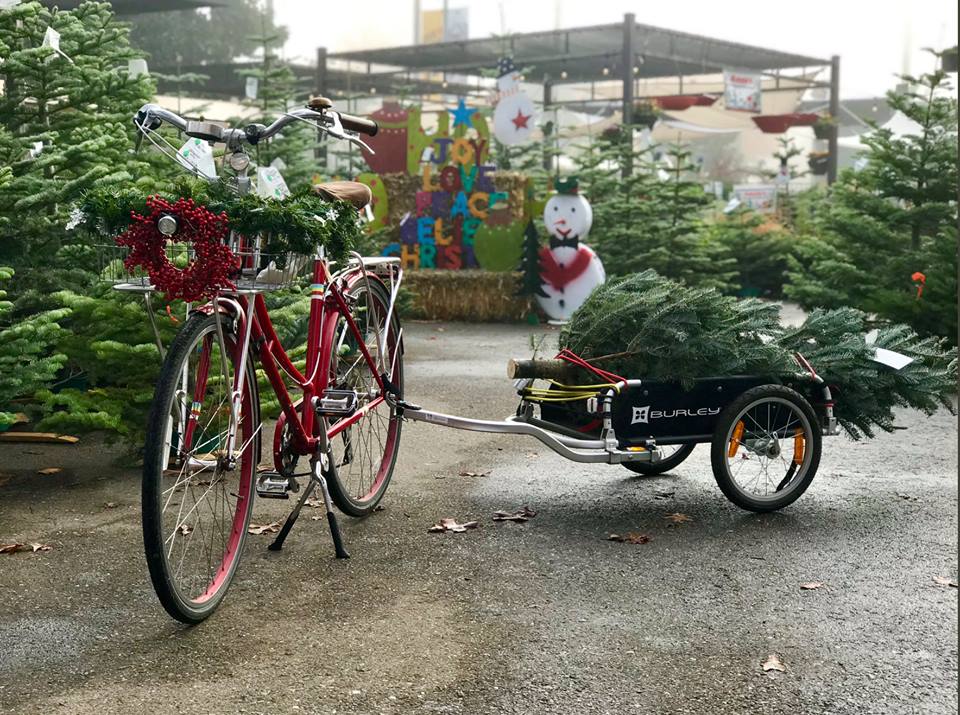 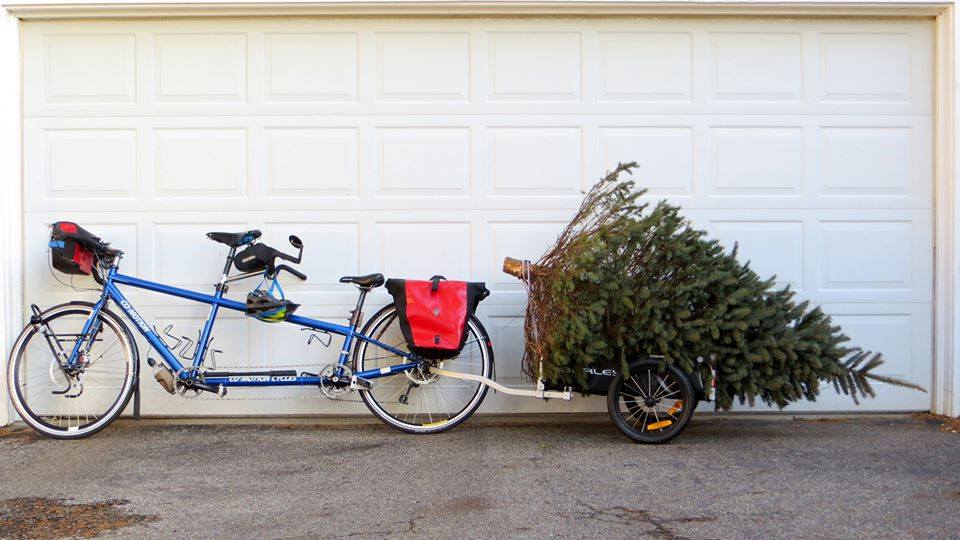 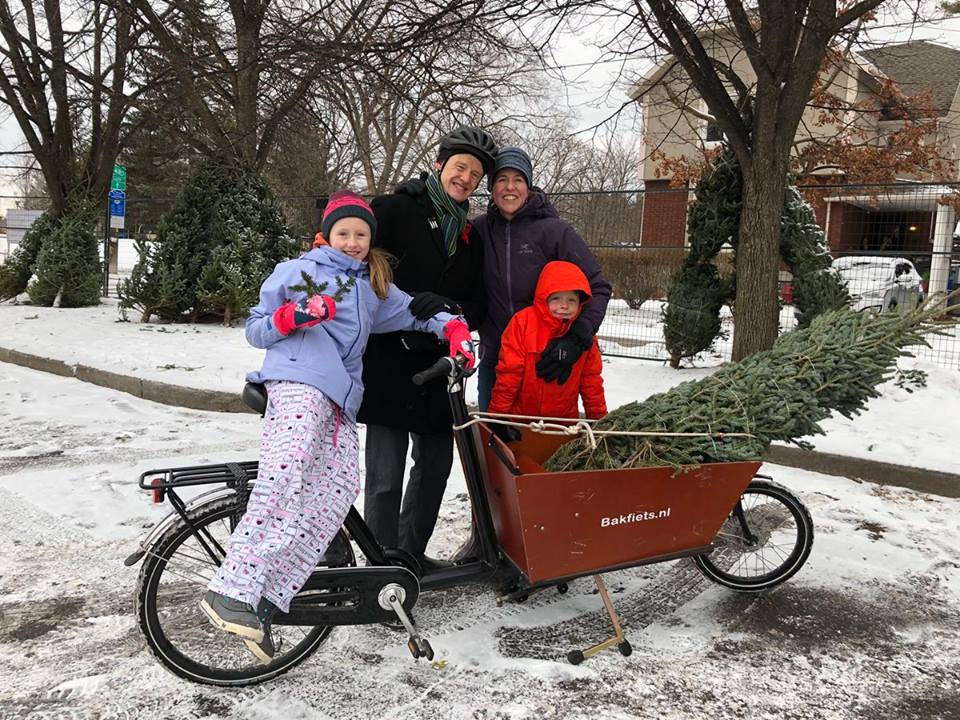 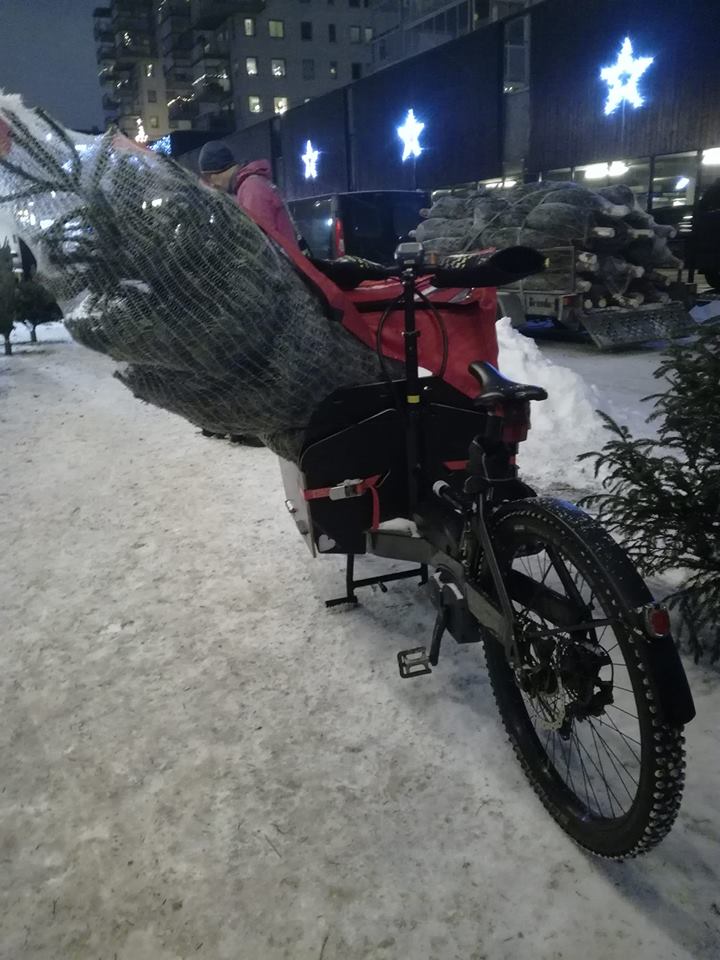 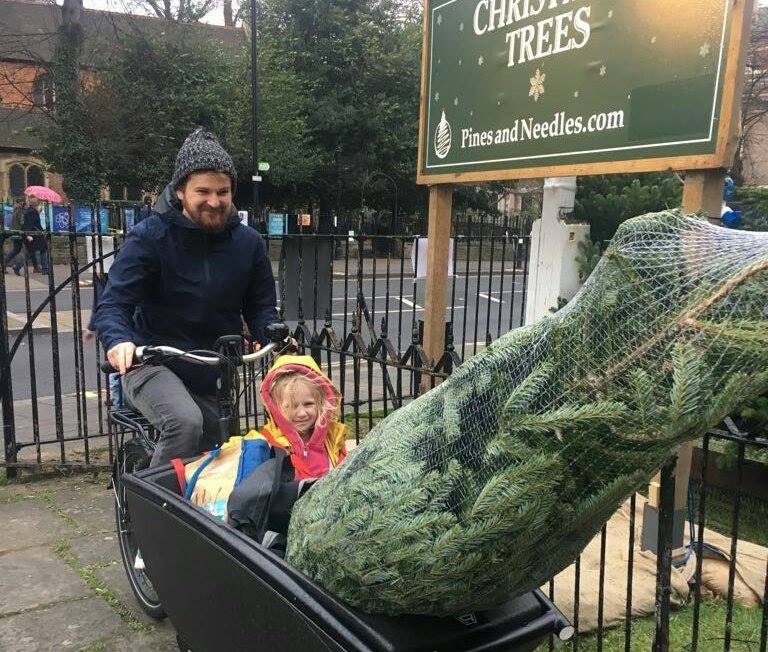 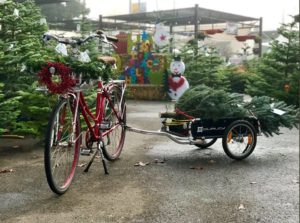 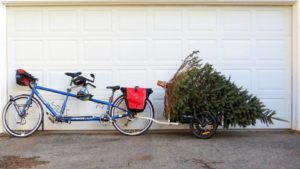 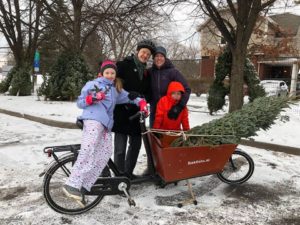 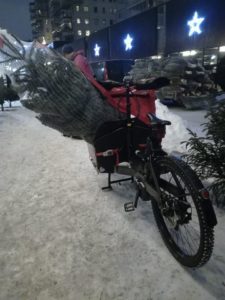 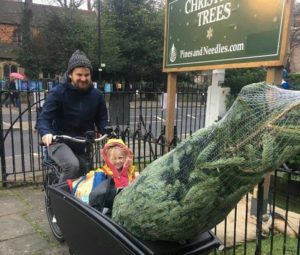