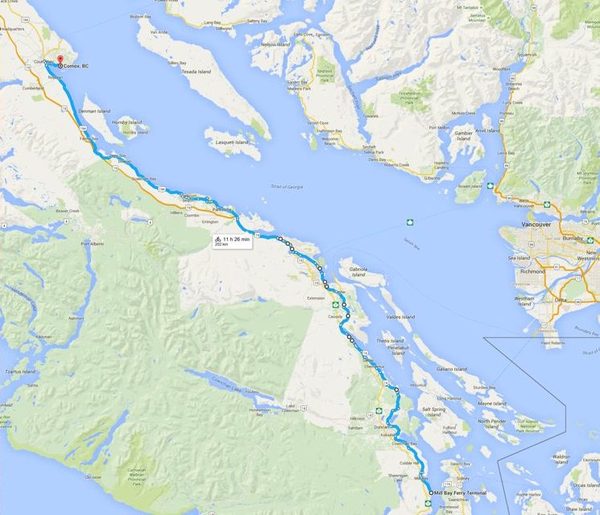 Cycling along the eastern shores of Vancouver Island, B.C., between the North Island cities of Courtenay and Comox and the Southern Gulf Islands, is one of the most beautiful experiences a Canadian rider can have. Hugging the Island’s picturesque coastline along the stunning Inside Passage, the scenery is breathtaking, the ride itself almost meditative.

Now, to enshrine that experience for any cyclist who wants to have it, there’s a proposed bikeway for the region: the Inside Passage Bike Route.

The route, put forward by the BC Cycling Coalition, would be a thoroughfare for bike touring on Vancouver Island, connecting the communities of Comox, Courtenay, Qualicum Beach, Parksville, Ladysmith, Nanaimo, Chemainus, Duncan, Mill Bay and all points in between. In addition to those direct community links, it would also provide a connection for cyclists to several key B.C. Ferries routes, including those that service Hornby Island, Denman Island, Gabriola Island, Saltspring Island and Thetis Island. 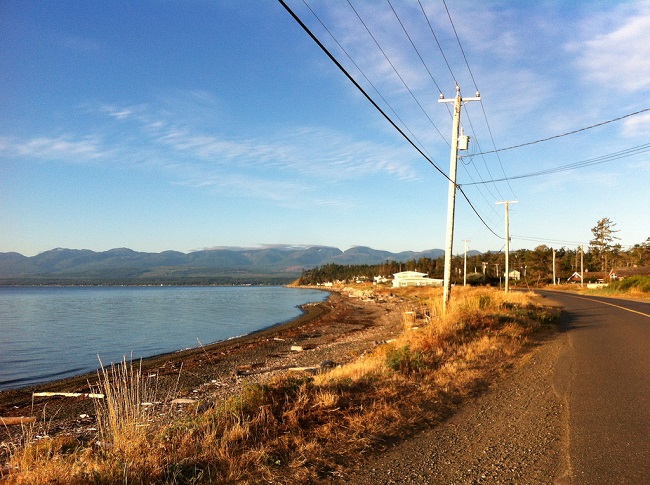 Beyond providing a corridor through which cyclists can experience the sublime beauty of the British Columbia west coast, there are economic benefits as well, supporters say, an argument bolstered by the demonstrated success of other, similar bike routes in Canada. Principally, there’s tourism. Cyclists will be able to access amenities like the many hotels and restaurants that dot the east coast of Vancouver Island, as well as wineries and other tourist attractions. The efficacy of Quebec’s provincial cycling network, Route Verte, has demonstrated that such an approach can work, boosters say.

So where do things stand now?

The development of the Inside Passage Bike Route, with somewhat thematic appropriateness, is divided into stages. As of press time, the project is at the end of Stage 1, the part that involves mapping out the route and selecting its waypoints. Now it’s on to Stage 2, which will pinpoint the segments of the route in need of infrastructure upgrades, before Stage 3 brings signage and printed or digital maps of the route. Completion of the project involves the infusing of CAD $1 billion.

Supporters of the Inside Passage Bike Route can sign a petition calling for its implementation, and can share it on social media.