Michael Woods is back home in Andorra after a crazy 21 days of racing across France. In his debut Tour de France, Woods finished seventh on Stage 18, contributed to a very solid sixth-place performance for EF Education First, and managed to complete the race despite numerous crashes and racing the final 10 stages with two broken ribs. Before Woods returned to his European home-base of Andorra, Canadian Cycling Magazine editor Matthew Pioro spoke to the Ottawa native about his three weeks in France.

How are your ribs feeling?

Pretty sore. Now that I am not taking any paracetamol, I don’t have the adrenaline of a guy shouting the countdown at the start of a race and I don’t have thousands of fans cheering me on I don’t have that adrenaline rush and high that keeps you in race mode. I went for an easy ride with my sister and brother-and-law and my ribs were aching.

Do you think they will be feeling any better by San Sebastian this Saturday?

For sure. They will certainly feel better. When I am in race mode I don’t feel them nearly as much. I think I just get such a singular focus once I get settled into the race, at least this is what I found the last few days of the Tour, the pain subsides. Finally, last night I had a great sleep which is the first time since breaking my ribs so I think by San Sebastian I will feel pretty good.

The first thing I wanted to do was see my family, see my wife and hang out with them. I don’t get to see them often cause I am based in Andorra and Europe most of the year. The last time I was in Ottawa was in October of last year so just really excited to see all of them. Definitely up there on the priority list was to see all of them. With the fatigue of the last few days of the race, the fact we were sleeping at altitude and the discomfort from the ribs I didn’t have a good nights sleep for the last 10 days of the race so I had a really good nights sleep back in my own bed.

How did the injury affect your riding style? I’m thinking your ability to get out of the saddle and climb like you do.

The first few days after, my performance was significantly impacted by the ribs. Particularly just because breathing was quite difficult, especially deep breathing. I was OK if the peloton was going easy but once we started going hard I would start hyperventilating and I even found that was the case when I got into the breakaway the first time. I was good at 90 per cent but once I got into those 100 per cent efforts I would start hyperventilating. I couldn’t relax. I couldn’t take deep breaths. The first few days standing was certainly an issue and getting out of the saddle was difficult causing a lot of discomfort so I had to stay in the saddle.

So is there a way you can compare the Tour to the Vuelta a España or the Giro d’Italia, both of which you’ve ridden?

It’s the only event in cycling that transcends cycling. In the Giro or the Vuelta, if I did well, it would get quite a bit of attention within the world of cycling but very little outside of cycling. But just by virtue of being in this race at the Tour, I was getting interviews with huge media outlets like Forbes or Business Insider. I was even on BBC. Just massive media outlets that I had never been exposed to before.

During the Tour, on your EF Education First Pro Cycling, which teammate impressed you the most?

I mean I have a really strong team. A team full of great riders. A lot of guys in the team didn’t surprise me because I knew their pedigree and knew how strong they were and how great teammates they were. But I was really inspired by Tejay van Garderen. Just how good of a leader he is and how after crashing he finished the stage in spite of breaking his thumb, having significant road rash to his face and all over his body. Rigo was strong and a great guy to be around and an easy rider to work for. One of the most underrated riders in the peloton is Tom Scully who just was a huge factor in our team time trial. He was doing a great job for Rigo on the crosswind days and even went off the front on the Champs-Élysées.

What was your favourite stage?

I would have to say probably the team time trial. The TTT was an amazing experience for me because I got to be part of a team that went super fast. I certainly wasn’t contributing as much as some of the other riders on my team but I finished with the group. We did an amazing job working together. We had an amazing roster, one that wasn’t just rouleurs but also climbers and despite that were only eight seconds off Team Ineos and we were in contention for a podium position. That high of accomplishing something together, rolling so fast together and being celebrated for our efforts together after was just a really nice thing.

I find that interesting that you signal out the TTT. I had my guesses like Stage 18 where you finished seventh of even La Planche des Belles Filles because I know you were looking forward to that one.

I found La Planche des Belles Filles wasn’t a great day for me. At that point in the race, I was feeling really good and didn’t have a great day on the bike. I was in some ways happy that on not the greatest day on the bike I just conceded 20 seconds on an uphill finish however, I was not ecstatic. At that point, I was in the GC hunt and I was wanting to move even further up. Then on Stage 18, I went for the win but when Nairo Quintana went over the top of me I just blew up and realized it wasn’t within my reach. I was more disappointed after those stages than after the TTT. 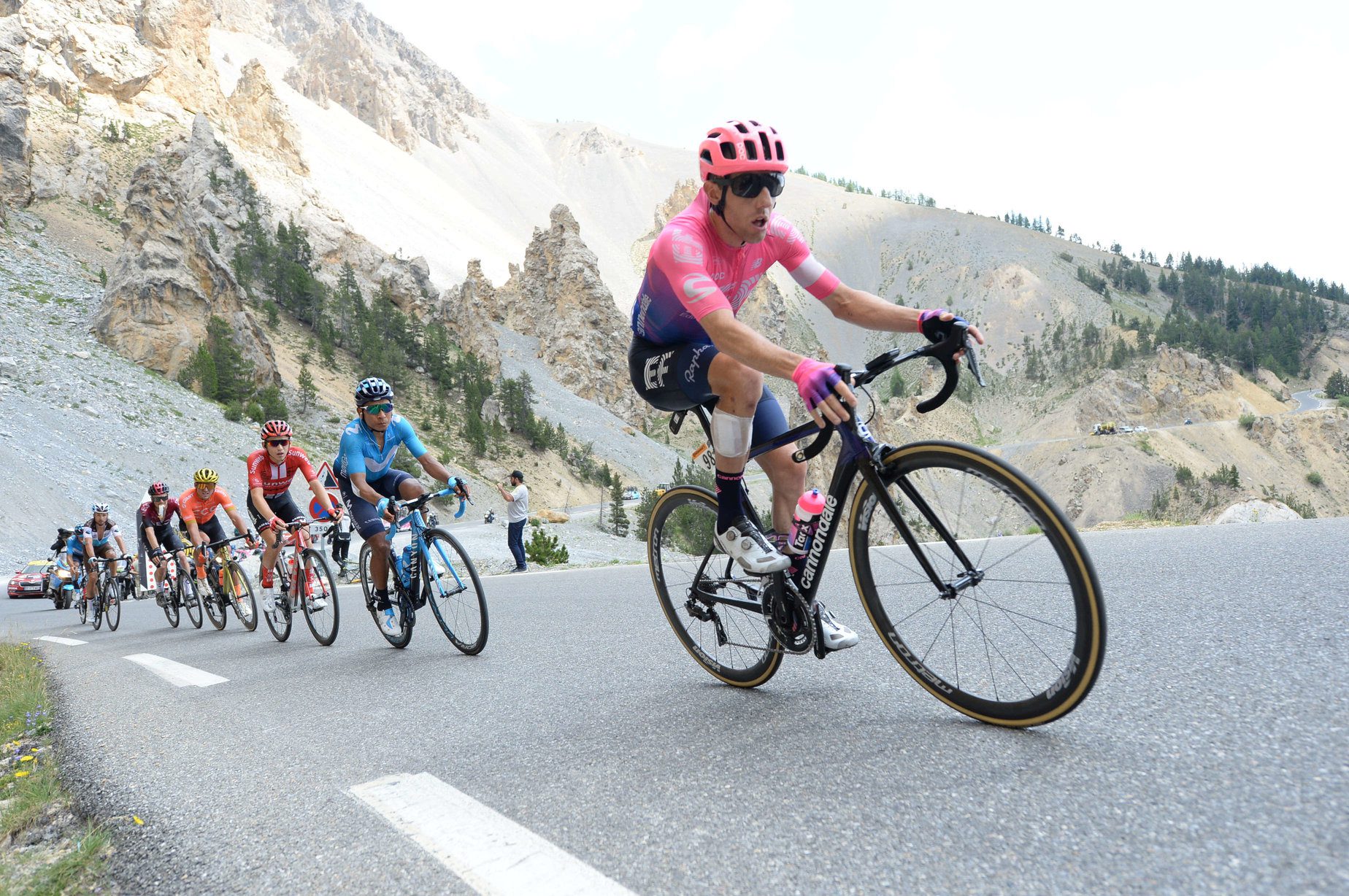 What did you learn from riding the Tour? What was your biggest takeaway or biggest lesson?

That I really like doing the Tour. I like the fact that it’s way bigger, I liked the exposure, I liked being in a sport that felt truly professional. By doing the Tour I felt like a professional hockey player or NFL football player or NBA basketball player. I felt justified as a professional. I felt like my paycheck was being justified from just the exposure I was giving sponsors and I felt like the racing was that much cooler. If I made an attack it was going to be witnessed by millions of people not just a couple of people illegally streaming something on a feed.

Of the things in your control, what would you have done differently?

I don’t think i would have really done anything differently. The only thing was maybe the first crash where I lost time in the GC but even that, which was pilot error for sure, just a bit of bad luck, my rear wheel hit a patch of oil or something slick or dust on a tricky corner and I don’t know if i would have ridden that corner any differently if I did it again. I was really proud of how I raced given the circumstances.