Rapha and EF Education-Nippo released the team’s 2021 kit today and, well, there are no ducks. Whether that is a good or bad feature, we’ll leave you to judge.

The 2021 kit doesn’t stray too far from last year’s EF / Rapha project. It is still bright, mixing pink and blue. Fans will have no difficulties picking the EF riders out in the peloton. But, after a year in pink and an internet (and rule) breaking collaboration with Palace, will the team’s fans be satisfied with “just” another bright kit?

Rapha and EF have their reasons for colouring within the lines this go around.

“Even as the team who brought the pro peloton its first duck-inspired kit, we don’t want to ruffle too many feathers,” the team explained in the kit announcement. “After getting into hot water last season … we’ve tried to create the world’s most compliant cycling kit. Though we’ve earned a reputation as rule-breakers, our design for this season centers around the rule-makers’ regulations.” 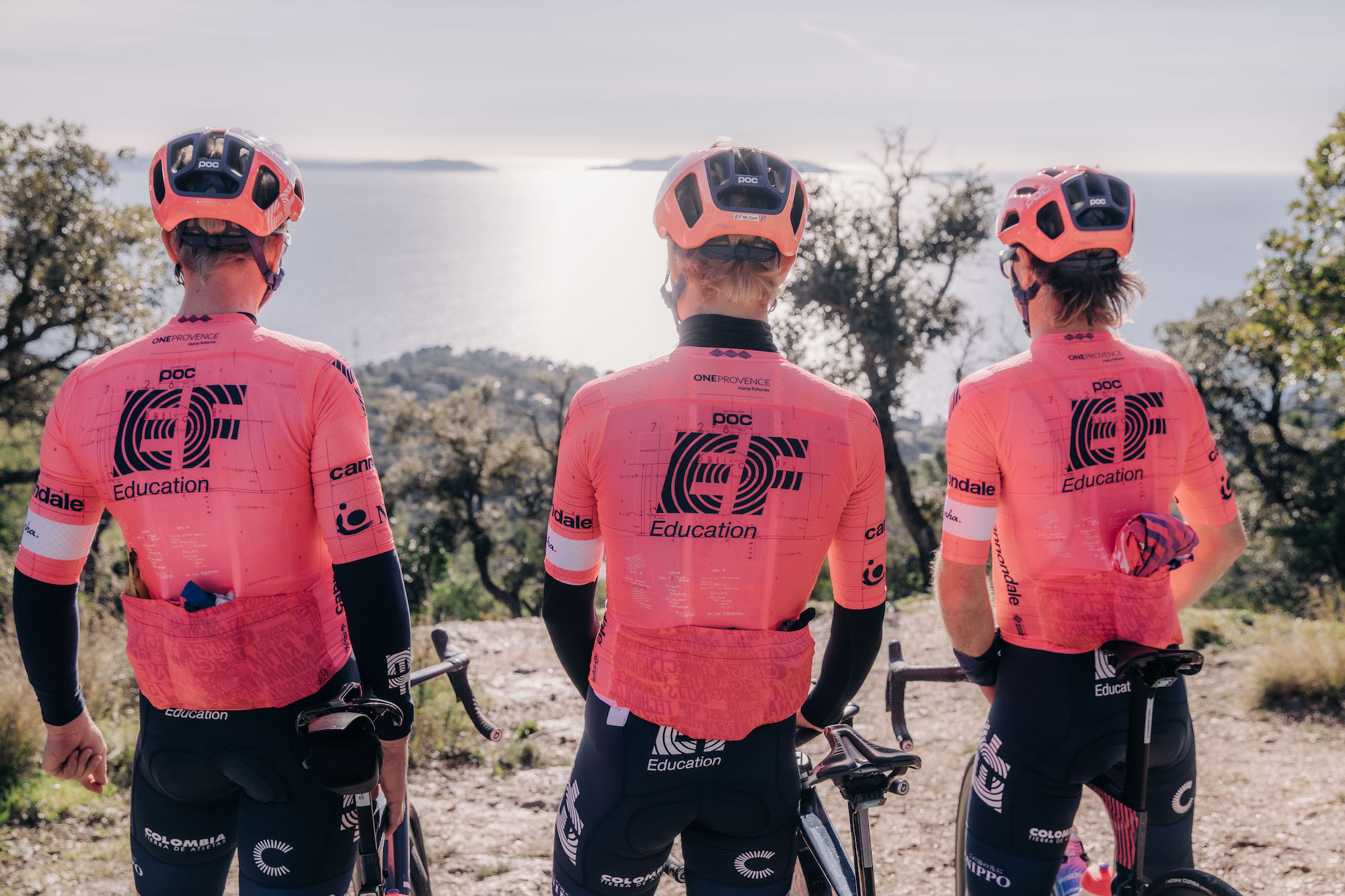 The new kit is a work in progress. Literally, the kit draws on blueprints and sketches as its theme. Is it a metaphor for this year and this team being a work in progress? Maybe. But it is also a measured response to EF’s run-in with UCI officials at the 2020 Giro.

“To ensure we comply with every rule and regulation no matter how seemingly insignificant, our designers have shown their work. For correct positioning and spacing of sponsor logos, they’ve left their meticulous measurements marked up while subtle annotations are a nod to their creative approach to compliance.” 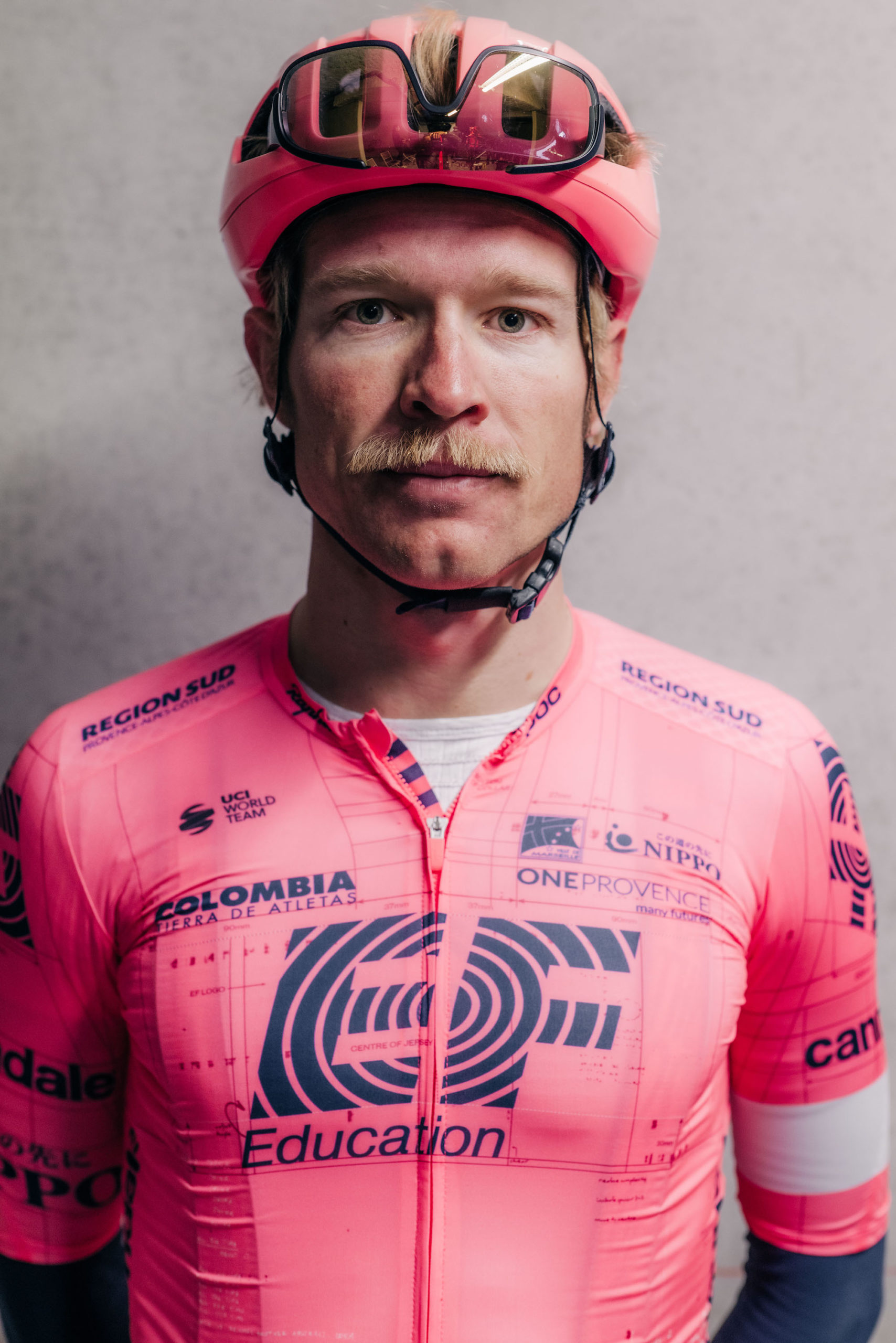 In making the rules explicit, literally printing them on the jersey, EF and Rapha have found another way to speak up against what they see as stifling regulations. Their fashion-forward instincts are expressed a little more subtly, though, this time around.

“These finer details won’t be seen from the helicopter shots but for those who wear our kit, riders and supporters alike, they will serve as a reminder of our team’s desire to move the dial and change the sport,” the team says. “For fans following the team on TV or from the roadside, their favorite riders will still stand out in the team’s traditional hi-vis pink.”

There are no ducks, but Rapha and EF’s 2021 kit remains a bold step forward from the low-profile black kits the team started 2019 with.

Fans that want to support the team’s quest to advance fashion in the peloton, will have a chance soon. EF Education-Nippo’s 2021 kit will be available at Rapha.cc in April 2021.