Robert Marchand, the multiple world record holder centenarian cyclist, died May 22 at a care facility in Mitry-Mory, France, outside Paris. He was 109.

Hadjiretou Timera, the care facility’s director, confirmed the death but did not specify the cause.

Marchand was born in 1911, in Amiens, France and lived through two World Wars. He travelled extensively in his early life, working in Venezuela in the 1940s and then moving to Canada to work as a lumberjack. He returned to France in the 1960s, working various other jobs.

Though he had an interest in cycling as a younger man, at just 1.52 meters (5-feet) tall and weighing 52 kilograms (115 pounds) Marchand was told by a coach to give up the sport because his size would hold him back. Eventually, he got back into riding and, at 68 years old, began truly dedicating himself to the sport. 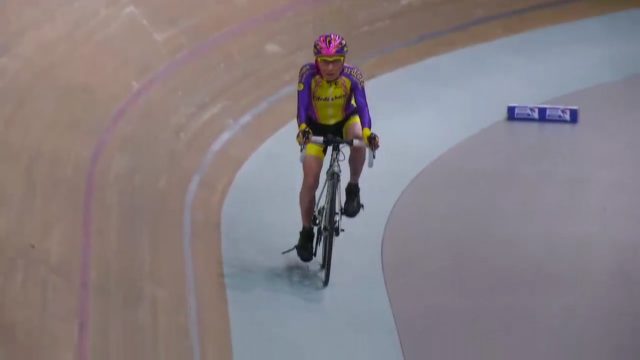 Two years later, he made a second attempt at the record and beat his previous time, riding 26.927 kilometres in one hour.

On 4 January 2017, he set a world record in one-hour track cycling in the over-105 age group (a category created specifically for Marchand). He rode 22.547 kilometres in one hour at the Vélodrome National near Paris.

After setting the record Marchand said the secret to his fitness and longevity is a diet consisting of lots of fruits and vegetables, a little meat, not too much coffee, and training an hour a day on his indoor trainer or outdoors.

His accolades don’t end there: He holds the record for someone over the age of 100 riding 100 kilometres, he was recognized as the world’s oldest competitive cyclist by Guinness World Records at the age of 105 and, at the time of his death, Marchand was the longest-serving member of the CGT Trade Union, with 90 years of membership.

After he turned 106, Marchand’s doctors advised the cyclist to stop training for world records. Though he would not go for any more firsts, he still trained and rode his bike at least 20 minutes every day. In Feb. 2018 Marchand completed a 4,000-meter race in the same stadium where he made his last record. He celebrated his 107th birthday with a 20-kilometer ride.

He transitioned to indoor riding after his 108th birthday due to hearing loss but was still riding daily until a week before his death.

“Robert Marchand, the doyen of cyclists, aroused our deepest admiration for his sporting exploits and the contagious joie de vivre that he radiated,” said European Commission vice-president Margaritis Schinas, in a tribute to Marchand. “A legend, an example for European sport.”