My praise for Opus Allegro 2 went public before I had finished testing the bike. This past summer, I got a preview of Opus’s new endurance lineup. The Montreal-based company was making a few stops across the country. I met up with Ray Deslauriers, product manager of road, urban performance and cyclocross. He and I took out the new bikes he had designed for a ride on roads north of Toronto, routes I covered regularly. Afterward, Deslauriers and other members of the Opus team wanted to know my thoughts. I was feeling quippy, I guess, and said, “It’s an endurance whip with a lot of zip.” That line later appeared on Opus’s website as I was still riding and evaluating the Allegro 2.

>> To see more of the Opus Allegro 2, check our first look at the bike.

The story Deslauriers highlighted before we got out on our ride was that of the bike’s geometry, especially across the sizes. He calls it “progressive geometry.” The stack and reach increase by 2 cm and 9 mm, respectively, as you move up through the line. Deslauriers noted that such increments mean there’s overlap in terms of fit between sizes. “If someone is fitting you, you might have the perfect reach but can’t get low enough. You want to get more of a racer position? No problem. You take a stem that’s 1 cm longer, go to a smaller size frame and take out some spacers,” he said. If you want to get more upright to go easier on your back, you could go up a frame size, run a shorter stem and a few more spacers. The Allegro line has three models, each with six sizes. All three models use the same carbon-fibre layup; only the spec changes.

“In order to get proper handling, I varied the head-tube angle, the seat-tube angle, the bottom-bracket drop and the chainstay length,” he said. He also ensured that a rider on the smaller frame would have an adequate amount of seatpost exposed for added compliance. A rider on the larger frame doesn’t have too much seatpost exposed, which can lead to too much bounce. On the medium-size bike, I found plenty of range to dial my fit. I easily got it slightly racerly, but not too aggressive, to match my riding style.

The tires that ship with the bike, Vittoria Rubino Pro, are 28 mm wide. It’s a width appropriate for the endurance setup. The gains in comfort are noticeable, and the rolling resistance penalty is negligent. To stop those tires from spinning, the bike is outfitted with TRP HY/RD hydraulic disc brakes, which have cables that actuate hydraulic components within the system. The brakes work really well, offering a pretty consistent stopping power. It was only deep during very hard braking, say getting to a proper stop for a stop sign at the bottom of a hill, that the power ramps up making a lurchy finish. The disc brake calipers sit on extensions that raise them off the frame. It’s almost as if someone forgot to build the proper mounting posts. The frame, however, is designed for Shimano’s flat-mount brakes, which appear on the Allegro 1. Allegro 2 riders can take advantage of that design later with the future-proof frame.

So, as for the zip I noticed on my first ride, it was there throughout my testing. This endurance whip isn’t as whippy as full-on racer. Still, it’s no slouch when the energy within the bunch turns up during a group ride. If you wanted to race with this bike, you could. On my local climbs, my times on the Allegro 2 were comparable to those set on high-performance machines.

I stand by my first impression. 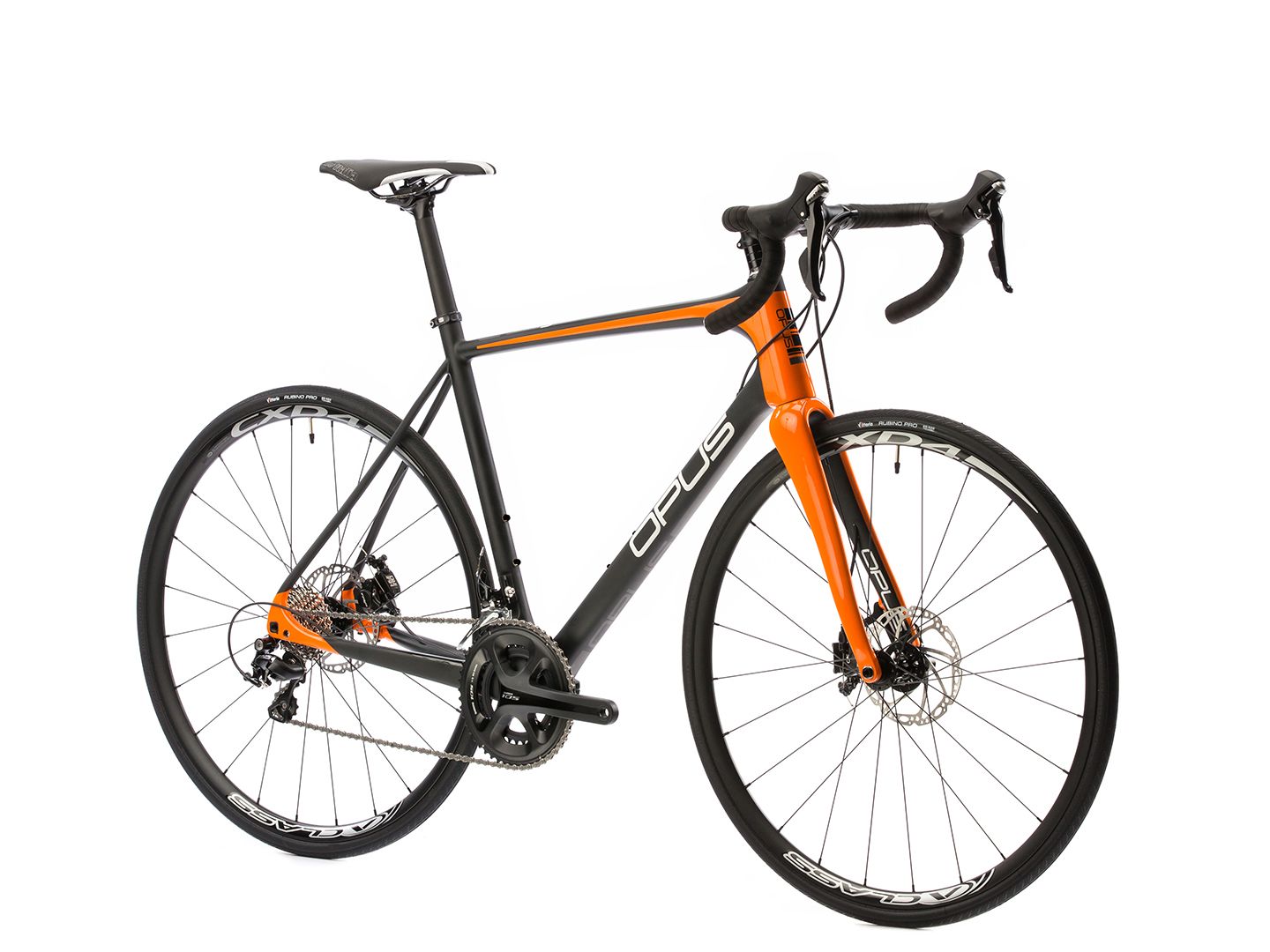