On Saturday evening Dutch Jumbo–Visma cyclist Robert Gesink was feeling pessimistic about Sunday’s weather. “Rain was forecasted at my house, here in Andorra,” he says. “Because we live at 1,800 m, rain this time of year often turns into snow. It’s better to have something to do indoors being locked down at the moment with the corona situation.”

The 33-year-old was chatting with a friend who recommended he to join a Zwift ride on Sunday morning. He signed up for the race without looking too much into the details. “Then I saw it was a 91 km ride,” he says. Gesink, a man of his word (and likely with not much else to do right now), decided to do it anyways.

Towards the end of the 91 km ride, he started thinking about the 200 km trainer ride he’d been wanting to do. “I was planning to go long one day,” he says, “and I realized I was already almost half way.” 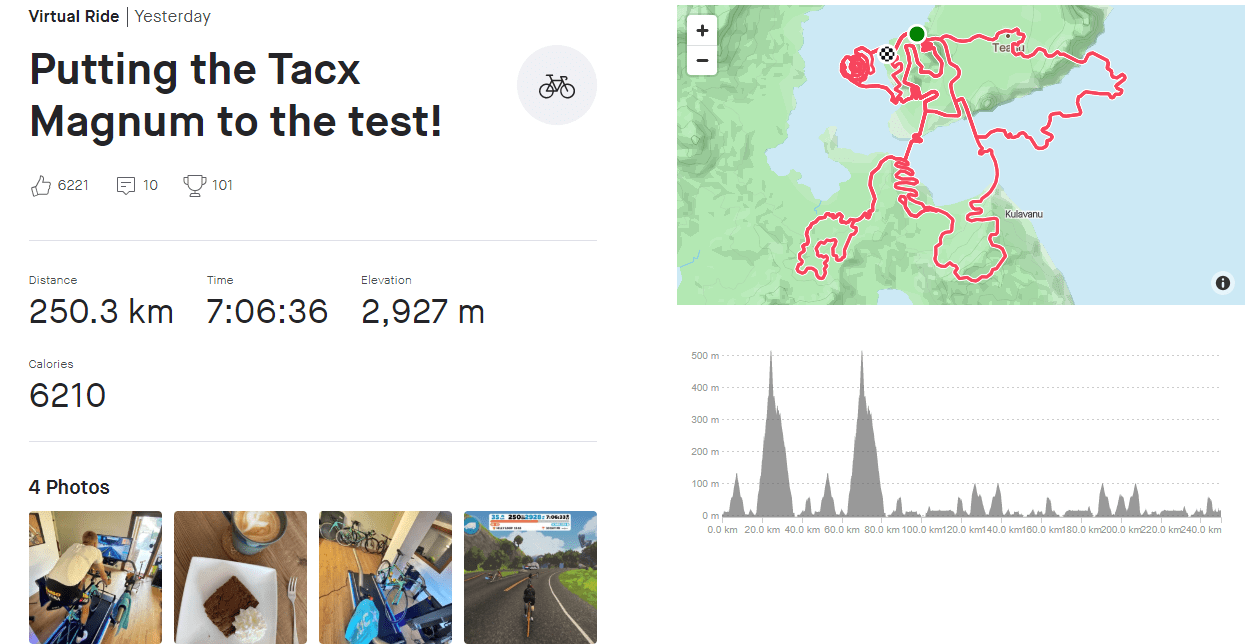 Gesink was riding the Taxc Magnum, a high-tech bike treadmill. The trainer offers the dynamic movements of rollers but also incorporates changes in resistance when riding in Zwift. “This whole thing was really about putting the Tacx Magnum to the test,” Says Gesink. “Crazy cool device.” 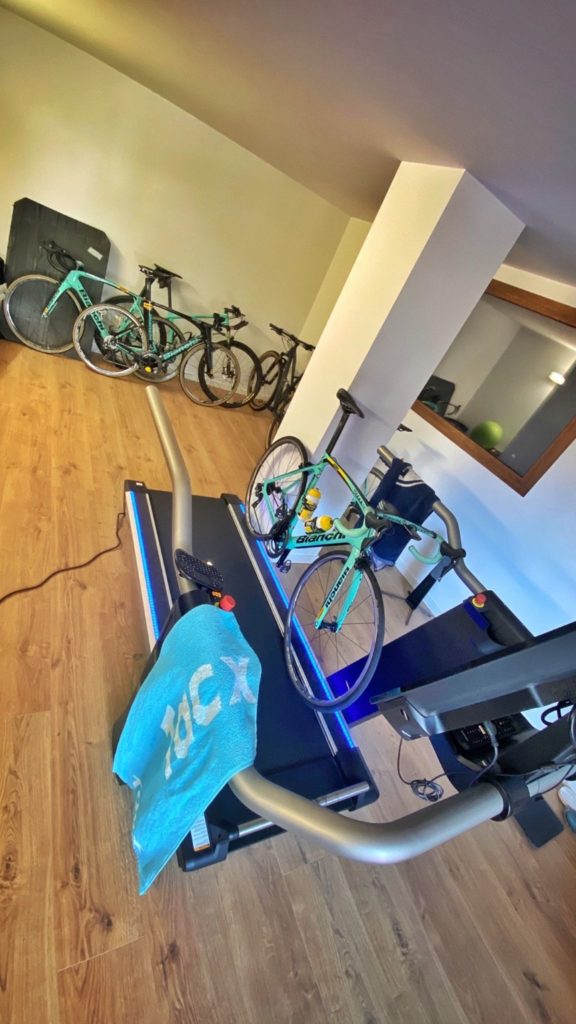 How many bikes do you count in this photo? Hint: look at the shadows Photo: Robert Gesink 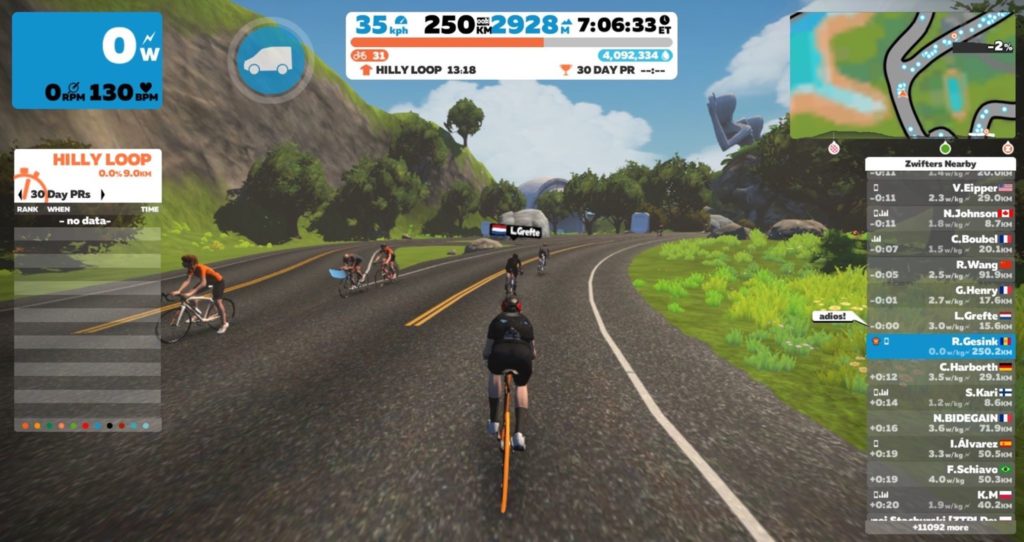 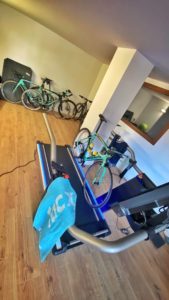 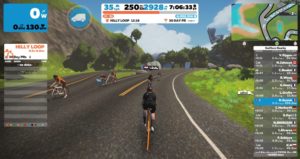 He took a short break for a coffee and a brownie after the initial ride, and then a lunch break five hours in, ending his trainer marathon at 250km and 7 hours, 6 minutes.

What he could have watched or listened to during the ride

As non-professionals, audio or video distractions to make our (comparatively short) trainer rides go by faster. Gesink says he likes to listen to ACDC, Kaiser Chiefs, Marilyn Manson, Kings of Leon, the Killers and Arctic Monkeys on his rides. Here is a list of everything Gesink could have watched/listened to during his seven hour ride.