WorldTour heavyweights battled it out in Saturday’s 1HC-rated Giro del Emilia, one of several warm-up races in Italy before next week’s Il Lombardia, with Vuelta a España champion Primož Roglič powering to the win and Michael Woods earning the runner-up spot.

Roglič was familiar with the course, as its Bologna to San Luca route took in some of the roads of the Giro d’Italia’s opening time trial, which he won. In particular, he knew the San Luca climb, 2.1 km of 9.4 percent, which the riders would face five times on the San Luca circuit. 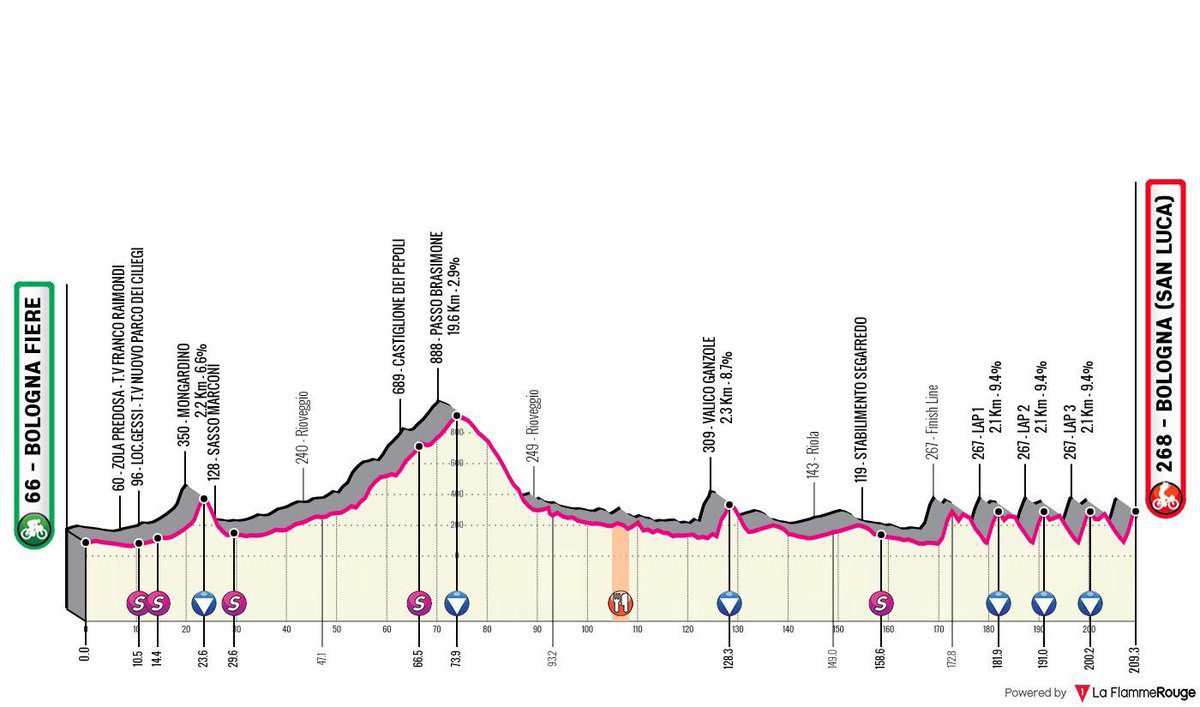 All three winners of the 2019 Grand Tours–Richard Carapaz, Egan Bernal and Roglič–were in the race, as were Alejandro Valverde and Vincenzo Nibali.

A lot of punches were thrown on the circuits, but it would be Roglič prevailing, shedding Rusty in the final kilometre to set the record for the San Luca ascent. Woods and teammate Sergio Higuita came in 15-seconds later.

The top-10 was chockablock with WorldTour aces.

Right now Woods isn’t scheduled to contest any of the other Italian races in the build up to Il Lombardia, the final Monument of the season and penultimate WorldTour event. In 2016 Woods was runner-up to Angel Lopez in Milano-Torino.