Peter Sagan is not the type to shy away from a way to make a little extra cash. Besides the typical cycling industry sponsorships, the Slovak pro cyclist has starred in multiple ads for car manufacturer Citroen, a shower ad (admittedly this makes sense as it was for Hansgrohe, his team’s sponsor) and a four-minute-long commercial for Jerusalem artichoke syrup(???)

It’s not surprising then, that if any cyclist would release a commemorative coin priced at CAD $27,658.43, it would be Peter Sagan. The cyclist took to Instagram today to announce the limited commemorative issue of gold coins created to celebrate his three consecutive Worlds titles: Richmond, Doha and Bergen.

Only 20 coins are available of the 100 pieces created, and each comes with a certificate. If you’re a big enough Sagan fan to spend the yearly salary of a Canadian minimum wage employee on a coin, you’ll also be given the opportunity to meet the man himself. The details of when, and how, the coin owners will get to meet Sagan aren’t clear from his Instagram post and TrustWorthy, the retailer working with the cyclist, doesn’t share many details either. 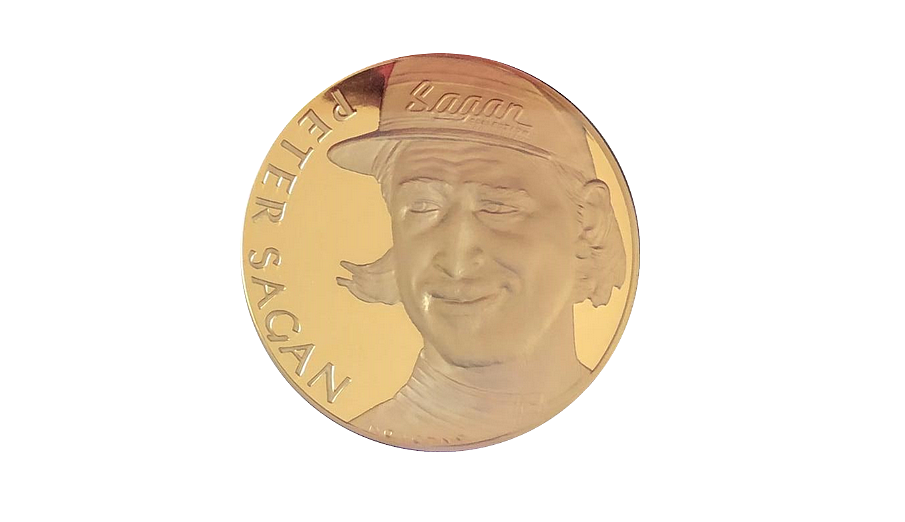 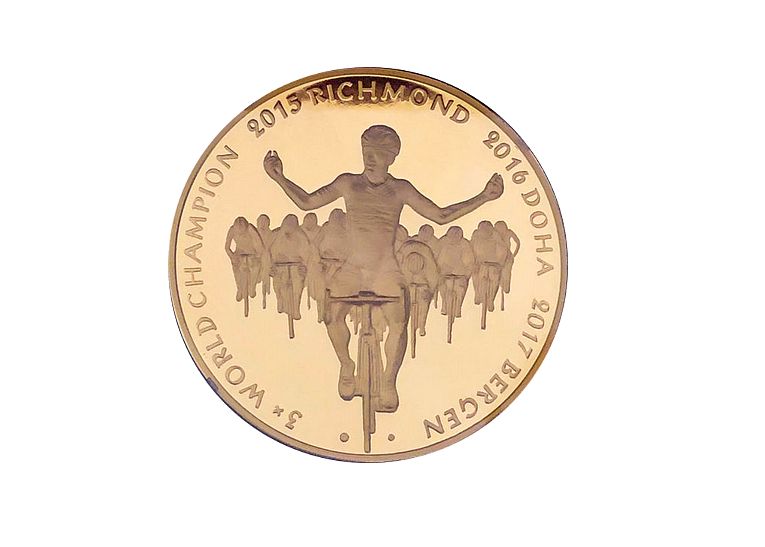 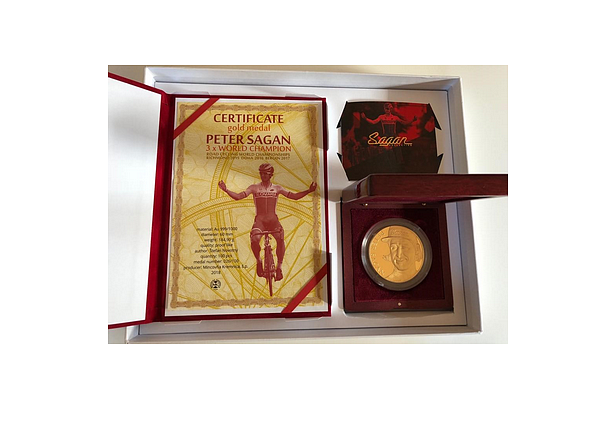 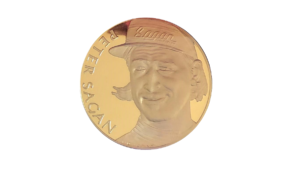 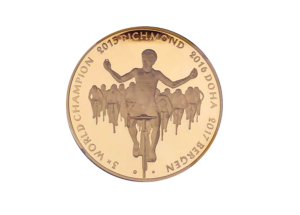 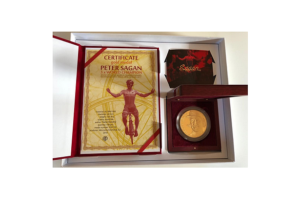 It’s not the first time Sagan has been in the news for something currency related. In February, the cyclist denied his involvement in a cryptocurrency scam which used his endorsement to gain victims.

Card carrying Sagan commemorative coin owners can sleep easy knowing that their investment won’t deplete in value: “We buy products whose sale we mediate,” says TrustWorthy, “In the case of coins by individual agreement, we ensure their resale.”

The cycling internet has predictably already started reacting to the collectables: