As Canadian Cycling Magazine reported in May, Shimano Canada announced a partnership with Peterborough & the Kawarthas Tourism in Ontario, creating marked cycling routes through the green, scenic area 130 km northeast of Toronto.

The result, taking the form of the first official road cycling routes in the Kawarthas, were the Peterborough & the Kawarthas Classics.

Recognizing the project, the organizations involved were recently honoured. In early February, representatives from Peterborough & the Kawarthas Tourism, Shimano Canada and Wild Rock Outfitters were in Toronto, where they jointly received an award from the Economic Developers Council of Ontario for public-private partnership. The network’s vital, supportive effect on nurturing Canadian cycling at the local level, Shimano officials said, is something to which the company was proud to lend its hand.

“Shimano Canada is passionate about cycling and cares deeply for the development of local cycling infrastructure,” said David Blondel, Shimano Canada’s marketing manager. “The Peterborough and the Kawarthas Classica Road Cycling Routes project came to life through the dedicated work of many. Seeing this project recognized at a provincial level is a nice confirmation of what is possible when key partnerships align.” 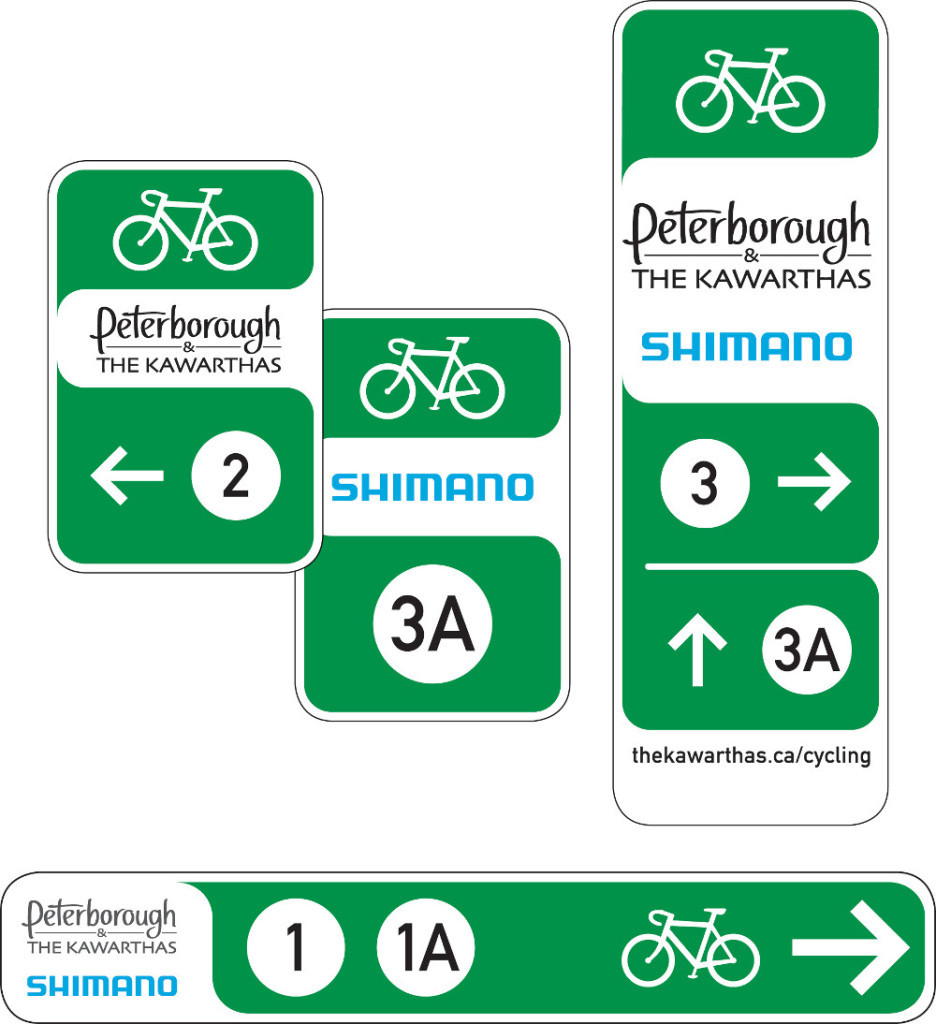 The new bike routes were launched in spring 2015, when Peterborough & the Kawarthas Tourism revealed the finished product: nearly 300 kilometres of road cycling routes, their starting and finishing points located in Peterborough, Ont. Among them are three double-loop road routes winding throughout the verdant countryside of the region, inviting the cyclists who use them—a sizable demographic in the southern Ontario region—to get off the beaten path. Beyond an uptick in the number of riders out on the roads, the project, almost immediately, started getting a good deal of attention. Whether among residents of the Kawarthas, cycling industry representatives or nation-wide consumers of cycling media, the Peterborough & the Kawarthas Classics got people talking—in many cases, about the Kawarthas themselves. The Tourism organization’s dedicated cycling experience webpage, it noted, saw a 978% increase in online traffic.

Receiving the award, the organization’s director of Tourism, Fiona Dawson, said that offering a dedicated way for road cyclists to experience the lush, scenic Ontario countryside has a dramatic effect of raising the region’s profile.

“Partnerships are vital to success in the tourism industry,” Dawson remarked. “The combination of our assets in the City and County of Peterborough are what make this region such a sought-after vacation destination, and this is especially true for avid road cyclists who want to escape into the countryside to ride our scenic vistas, but also value the vibrancy of our city, fresh local food experiences and rich cultural offerings we have to offer throughout the region.”