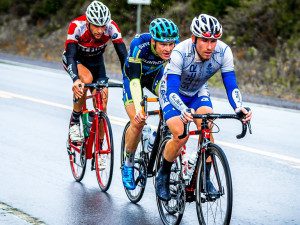 On December 12, Silber Pro Cycling officially announced their roster for 2015. New signings include current under-23 Canadian national road champion, Benjamin Perry who is returning home after a season in Belgium. Nigel Ellsay who raced in France in 2014 for the Sojasun Espoir squad will also return to Canada to race for Silber Pro Cycling. In addition to new rider signings the team has brought on board another key facet that will undoubtedly increase the squad’s potential. Former Canadian champion, Gord Fraser will be the team’s director for the next two years. “I’m looking forward to working with an incredible, young, and talented team,” said Fraser. “Together with some of our veterans Ryan Roth and Derrick St. John, we can expect our riders to develop at a very fast rate.”

Returning to the team is Ryan Roth who finished second to Svein Tuft at the Canadian national road race at the end of June and won six races in 2014. Matteo Dal-Cin, the winner of 14 races in total will also race with Silber once again in 2015. Former under-23 time trial champion, Alex Cataford will also return to racing with the Silber after recovering from a horrendous crash early in 2014.

The squad is one of a few projects that exist in Canada with similar ambitions. They feel they have ambitious and yet attainable goals. “Last year we established the team on the UCI America Tour. The focus this year is on putting the pieces in place to create a durable racing program that is a go-to destination for top cycling talent. It sounds modest and straightforward, but this is year two of an ambitious three-year plan to become one of the strongest teams in North America,” said team owner Scott McFarlane.

Both McFarlane and Fraser have visions that extend beyond 2015. “I look forward to working again with Silber Pro Cycling staff and ownership to establish this project together and to help it grow into a sustainable team that continually achieves its long-term goals,” said Fraser.

The team’s primary focus will be North America’s top races, including the Tour of Alberta and the Tour de Beauce. Their roster is well rounded and should ensure that the team can compete in a variety of contexts. “We have guys who will be up the road, and if we can effectively deliver Elliott Doyle to the line in bunch sprints, we’ll be scrapping for wins in a variety of contexts, “ said McFarlane.

The team’s complete roster is below and further information regarding team sponsors can be found at Silber Pro Cycling.