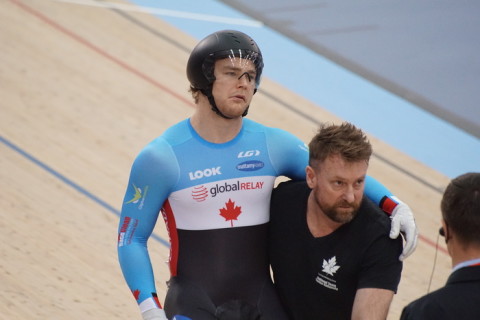 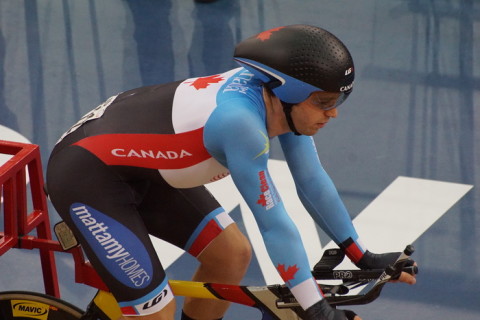 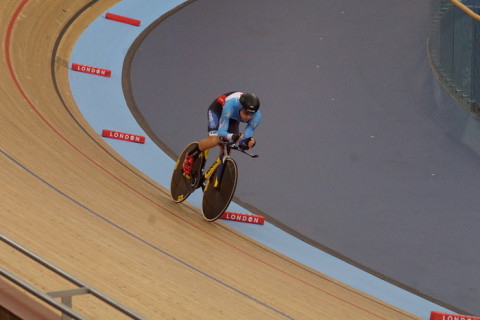 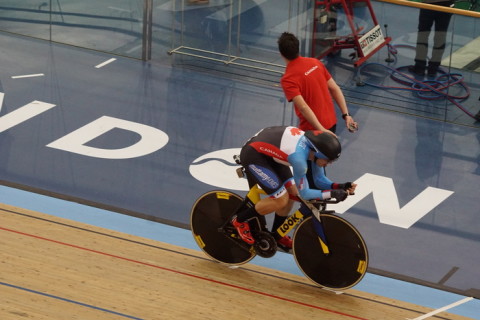 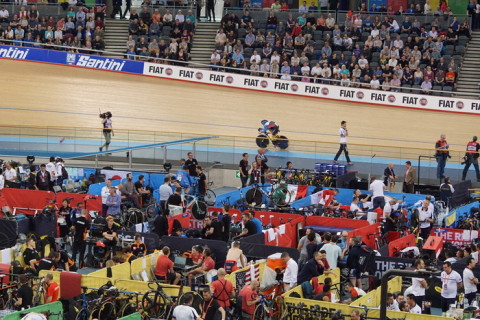 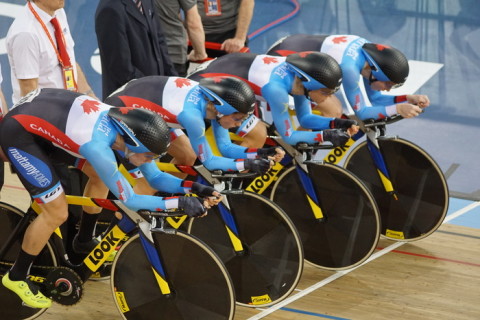 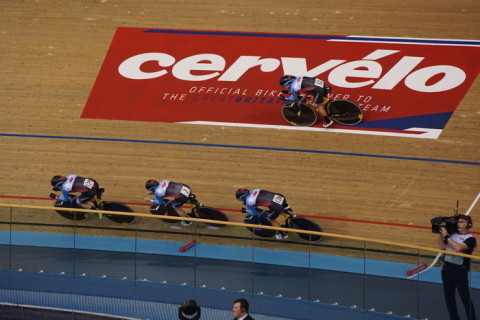 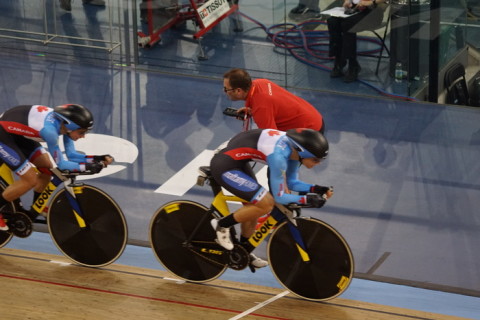 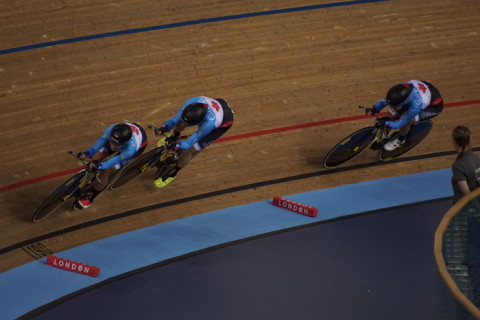 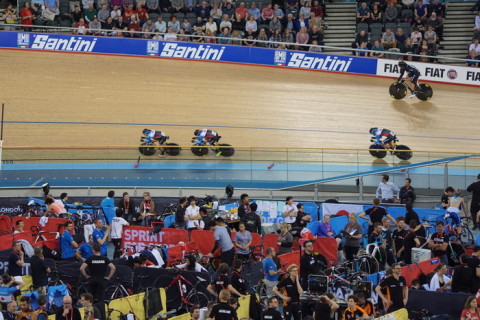 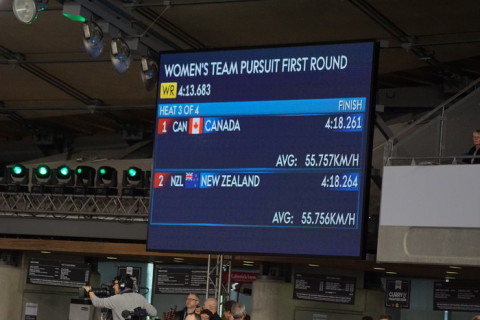 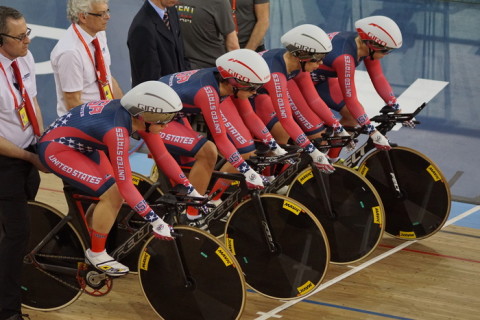 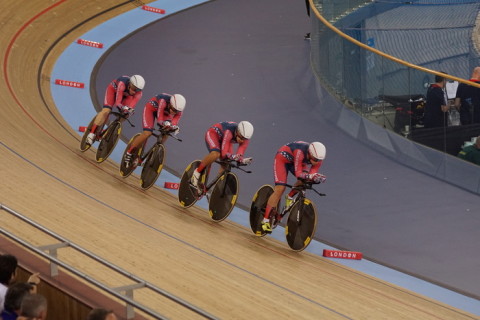 To start the gallery of images by Kevin Mackinnon, click an image and use your keyboard’s arrow keys to navigate. For image information within the gallery, click the ‘i’ icon.

Canada won a medal at the 2016 UCI track cycling world championship in London for the third consecutive day, with the consistently strong women’s team pursuit squad earning silver. It’s the team’s fifth year in a row on a worlds podium, with another silver coming at Cali 2014. The Canadian quartet came up short to an extremely powerful American line up.

The first order of business was the 200-metre flying lap that served as the men’s individual sprint qualifier. Hugo Barrette powered himself into the next round by placing 17th with 9.992. In the 1/16 final, he faced French three-time world elite champion Gregory Bauge, and lost out by 0.011-seconds, the smallest difference of the round.

So cloae for Hugo Barrette in the sprint at world champs. Defending world champ Bauge just gets him at the line. pic.twitter.com/yxO1r0xoRt

Next, Remi Pelletier-Roy headed out in the individual pursuit qualification over 4-km, slotting into 14th with a time of 4:28.510. Only the first four riders advanced.

Then it was time for the first round of the women’s team pursuit, Canada sticking with Thursday’s lineup of Allison Beveridge, Jasmin Glaesser, Kristi Lay and Georgia Simmerling for the clash with the Kiwis.

The quartet beat the Kiwis–who dug very deep in the final kilometre–by a mere 0.003-seconds. For gold they would face the Americans, a team that reset the national record for the second time in two days while beating the Australians. The USA stood on two of three World Cup podiums this season. The Brits later beat New Zealand for the bronze.

A bit of a scare … but Canada is through the final at #TWC2016. Take on the US, who just missed the world record. pic.twitter.com/TfRn6yoD60

The United States led Canada by .2 seconds after 1000-metres and kept increasing the lead, with the final gap 2.7-seconds. Canada won the team pursuit World Cup this year with two golds and a silver in three meets.

Saturday is the penultimate day of the world championships. Monique Sullivan and Kate O’Brien look to qualify for the individual sprint. Allison Beveridge hopes to once again reach the gold medal omnium heights of the Cambridge, New Zealand World Cup. Jasmin Glaesser, silver in the Hong Kong World Cup, tackles the points race.