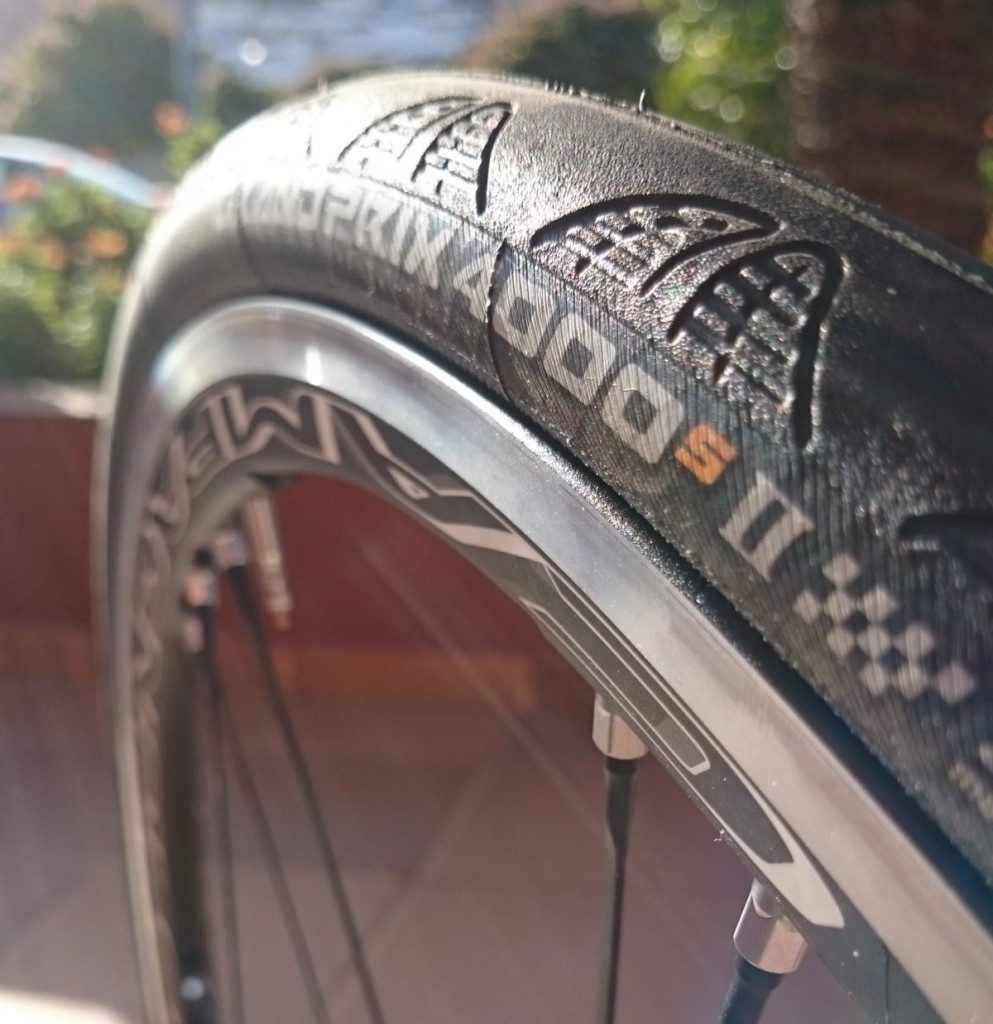 I took a vehicle engineering course during my undergrad. My professor was obsessed with tires. I sat through several lectures about the impact tires have on the handling performance of a car. I don’t care much about cars, yet I was enthralled by this course because everything the professor was saying held true for bikes.

You see, when you’re out riding, your tires are the only two points of contact with the ground beneath you. Every acceleration you make, brake you tap or corner you push creates forces that must be transferred through your tires to make the action happen. Tires are a crucial component when trying to improve the handling of the bike you’re riding.

I previously made the argument that wider tires roll faster, stating that a fat bike tire has less rolling resistance than a skinny road tire. However, the biggest advantage to using wider tires is running less pressure to get more traction on the road surface and better handling as a result. A study done by Mavic shows that you can inflate a 25c tire to a pressure 1.5 bars (22 p.s.i.) less than you would a 23c tire and still have the same rolling resistance as the 23c tire. The advantage here is that you can ride a lower pressure to get the benefits of increased traction and comfort on bumpy roads without losing any rolling speed.

Same rolling resistance, but the 25c tire will give you more traction, and a smoother ride, thanks to the bigger contact patch.

So, how can you maximize the handling advantages offered by the larger contact patch? Elite mountain bikers and cyclocross racers have some tricks that they use, mostly by feel and intuition. But there is science – science my old prof taught me – behind it all.

You see, tire volume and pressure are only two pieces of the puzzle; sidewall thickness, tread pattern, sidewall rubber compound, tread rubber compound, surface friction, TPIs and rim width all influence how the bike is going to handle. Luckily, there is one concept that packages all these variables into one useful tool.

Tire “slip angle” is a concept used to describe oversteer and understeer in motor vehicles, but it can also be applied to bikes to help you corner better. Understeer occurs when you turn the handlebars and somehow overshoot a corner. Oversteer is the opposite, you turn the bars and skid out into a power slide. A neutral point between these two is usually desirable.

The slip angle term comes from the difference between the direction your wheel is pointing (steering direction) and the direction the bike is travelling (actual direction), depicted in the image above. This slip can occur for a variety of reasons: riding on gravel with less surface friction, using supple cotton sidewalls that deform easily, riding lower pressures with more sidewall deflection—to give a few examples. Bottom line, you rarely go the direction that you’re steering toward and that is not a bad thing.