In a new Late Show segment dubbed Trying to remember things that you knew how to do when you were younger and now have time for because you’re stuck at home, Stephen Colbert attempted to fix a flat.

Self-isolating, the 55-year-old wore airpods and filmed the segment himself in his garage. The four and a half minute long videos centers around him attempting to fix a flat on his giant mountain bike.

Colbert talks about how he loved riding and working on his bike as a child. He would set up ramps and make the neighbourhood kids lie down on the ground as he launched over them on his bike.

Although Colbert notes he doesn’t ride that much anymore, he proves he still knows a bit about bikes. In the segment, he points out that the wheel is quick release and that he has to deal with the derailleur as the flat is on the rear, a few terms that suggest he has a bit of knowledge on the topic.

He then pulls out pliers and a flathead screwdriver, which put a bit of a dent in his credibility. It’s unclear what he uses the pliers for, but the screwdriver acts as a tire lever.

For a second it looks like his work will be in vain as he asks himself if he has a pump, but fortunately the Late Night with Stephen Colbert host remembers that he does, in fact, have one. 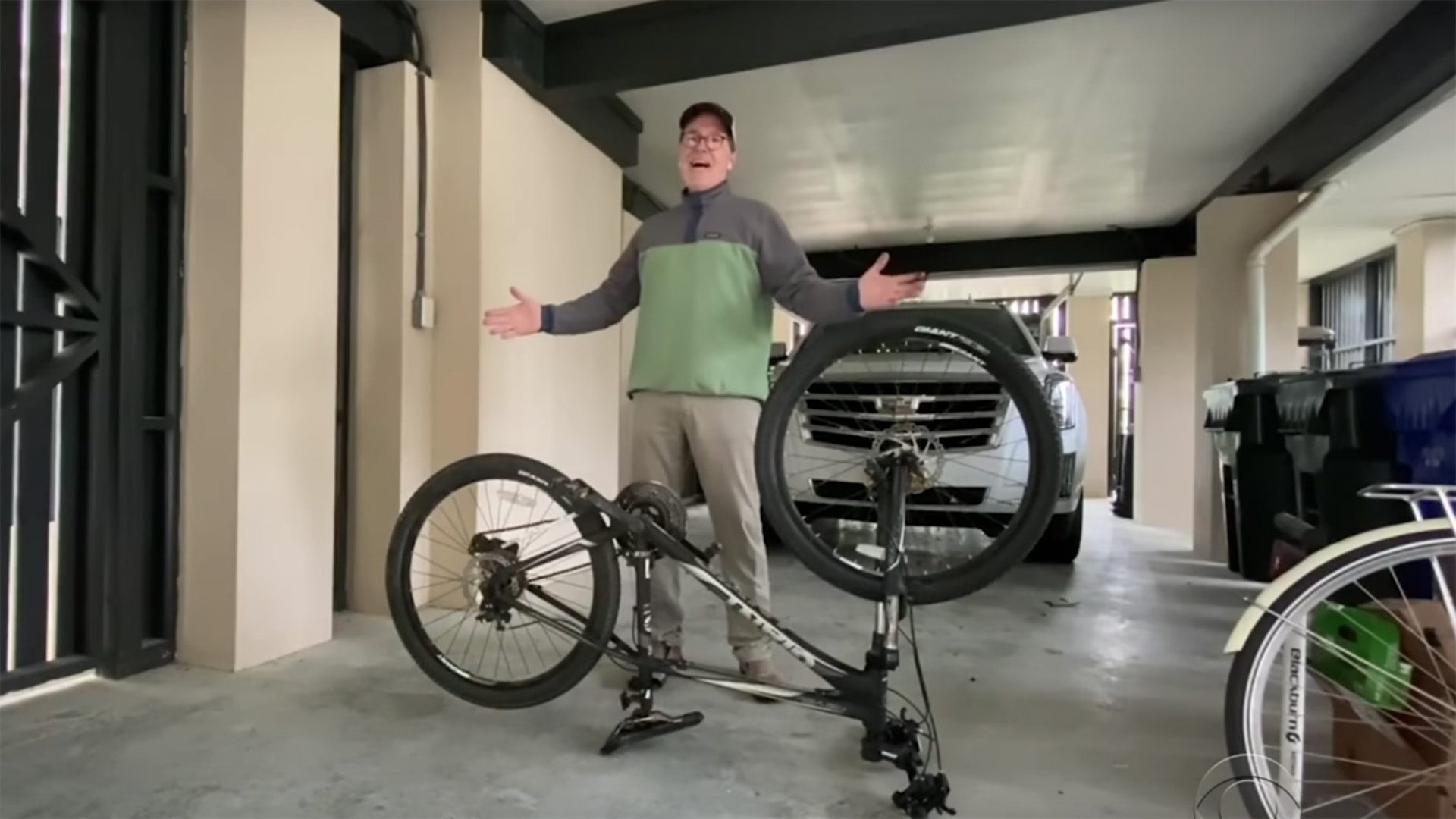 He struggles a bit with getting the tire on (pump it first?) and, although he checks the recommended PSI (good) he pumps it all the way up to 65 PSI, which is not going to be a very comfortable ride.

Struggling with the derailleur, he finally gets the wheel back on, although it sounds like there’s a decent amount of brake rub. Colbert gets a pass on this, as he probably didn’t have disk brakes on his bike when he was 13 in 1978. Somehow he fixes the noise and is ready to get back on his bike.

“I learned something when I was 13 that I need now,” says Colbert in a sweet conclusion to the segment.