Not long ago, we told you about Stephen Lund, a Victoria-based writer and cyclist who has taken the visual artistic medium to the next level—a level that involves cycling for hours, covering hundreds of accumulated kilometres just to draw a picture. Those pictures, of course, are sketched by the movement of his bike as recorded by Strava, resulting in some intricate, detailed images.

Since then, the quality of Lund’s work has earned international accolades.

In total, Lund has traveled distances that add up to thousands of kilometres in pursuit of his craft, the images ranging from the relatively simple “Happy 2015” that started it all to a representation of Michelangelo’s David. To pull it off, he uses techniques like taking advantage of the natural landscape or the layout of the roads, depending on what he wants to “draw.” By the time he had given 2015 a send-off appropriate to his craft—writing “So long 2015” through the Fernwood Road area of his home town—his art, he estimates, had added up to an astounding 22,300 kilometres traveled by bike. “About a quarter of which I clocked just having fun drawing GPS doodles,” he wrote on his blog, Sketchbook of a GPS Artist.

“So how long is 22,300 km really?” he continued, putting the year’s achievement in context. “It’s 56 % of the distance around the world at the equator. It’s 0.6% of the distance from Earth to the moon. It’s like riding in a straight line, straight across Canada and the Atlantic Ocean, from Victoria, B.C. to London, England, then back to Victoria, then back over to London again.” In terms of time, the Strava art he created over the course of 2015 saw him spend exactly 796 hours and 36 minutes in the saddle. “That’s like getting on your bike when the clock strikes midnight on New Year’s Eve and not getting off until 4:36 am on February 3rd,” he writes.

Along with the enthusiastic attention he’s received at home in Canada, having recently been a keynote speaker at a TEDx conference, Lund’s pedal-powered art has grabbed international eyes, too. Cycling Weekly, a publication based in the United Kingdom, recently covered his work, and newspapers as far afield as Sydney, Australia have also noted his knack for making art out of adventure.

Taking a look at some more of those Strava sketches, there’s good reason. 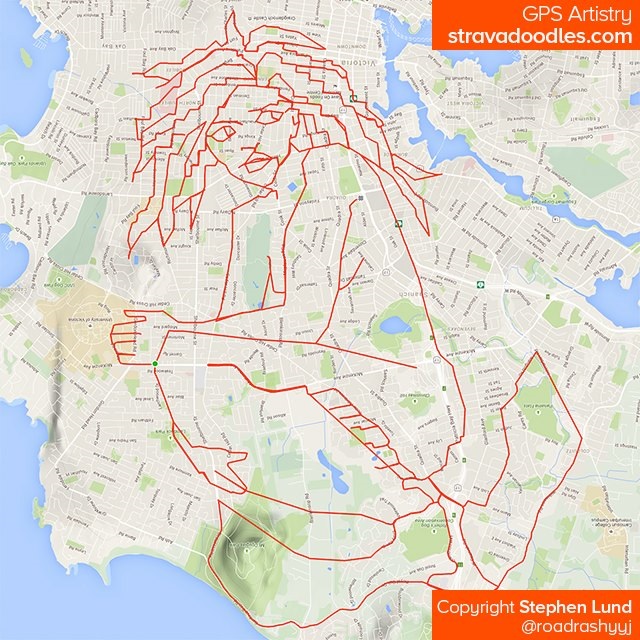 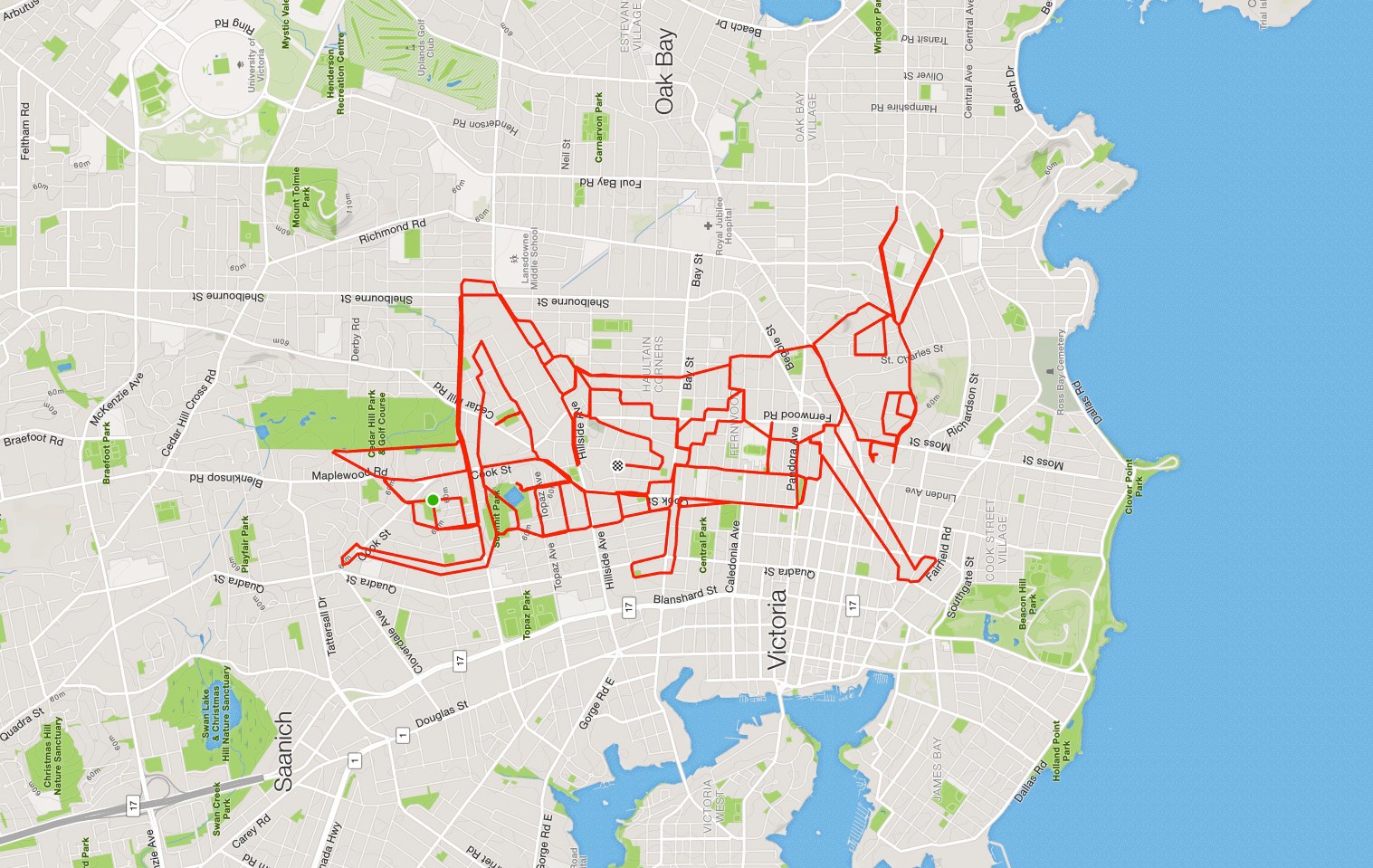