For the first time since it became a professional race in 2007, the Strade Bianche has been cancelled.  On Wednesday evening, the Italian government banned all sporting events that could not be held behind closed doors as part of its effort to fight the spread of coronavirus (COVID-19).

RCS Sport, the organizers of the race, says that after meetings with the Mayor of Sienna they is has “agreed with the appropriate authorities to cancel the two cycling races scheduled for Saturday 7 March: Strade Bianche and Strade Bianche Women Elite.”

RCS is also the organizer of Tirreno-Adriatico and Milan-San Remo, two races that will likely be cancelled in the coming days if the sporting event ban is upheld by the Italian government. 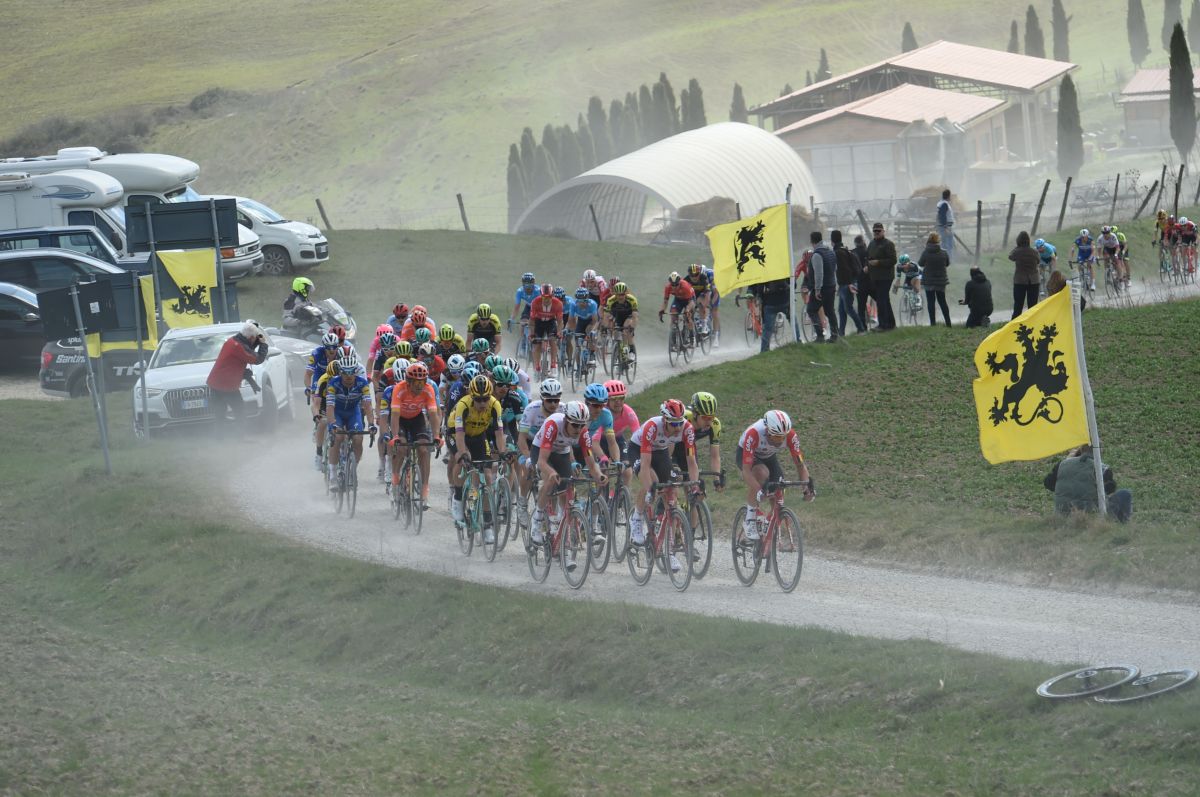 The organizers are pushing the UCI to have the Italian races rescheduled to either June or September.

Before the cancellation announcement was made, many teams had already preemptively pulled out of the race. Ineos, AG2R, Astana, EF Pro Cycling, Jumbo-Visma, UAE Team Emirates, Parkhotel Valkenburg and Mitchelton-Scott have all either paused all racing until the end of March or withdrawn from specific events.

Though a number of teams pulled out of the race, many teams had already arrived in Italy when they heard the news that Strade Bianche would not take place.

On Wednesday, fourteen team doctors from eleven different professional cycling teams called for the cancellation of upcoming races, including Strade Bianche and Paris-Nice. Set to run Sunday Mar. 8 to Sunday Mar. 15, Paris-Nice is still cleared to go, despite growing fears of COVID-19 in France.

Feeling so incredible sad about the news that Strade Bianche and a lot of other great races in Italy are not going to take place because of the COVID-19 virus..
But heey, there is more in life then bicycle races. Being healthy is a great gift, make sure you realize that every day pic.twitter.com/f9zcMFrKAm