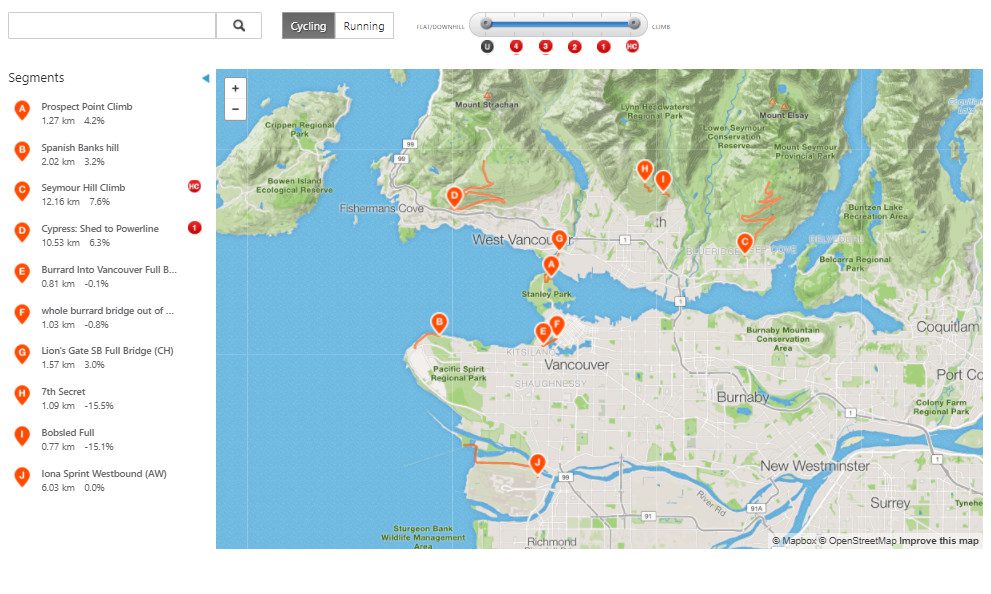 Last week, it was reported that Strava’s heat maps were potentially exposing sensitive military information. The detailed heat maps showed the routes users had been active on. A week later, it appears that in an effort to address the matter of privacy, segments are now one of the features under review.

The segment feature allows athletes to select sections of their activities to become timed inside the activity tracking app which other users can compete on and see. Segments is one of the most popular features on Strava with users tracking their times on stretches of road to compare with their friends or other riders in the area. The athlete with the top time on a segment is awarded the KOM or QOM.

While all the features that are under review by Strava is not clear, one user on Reddit reported not being able to create a segment as first reported by Verge. “We are reviewing features that were originally designed for athlete motivation and inspiration to ensure they cannot be compromised by people with bad intent,” Strava replied to a ticket submitted to customer support. It was the same statement Strava issued when Verge reached out for a comment on the matter. The segment creation problem may not be experienced by everyone with many commenting the feature was still working for them.

The segment search is another feature that may be affected by the latest review of Strava’s privacy. Users can explore a map and use filters to find segments in their neighbourhood or somewhere they may be travelling to. If you are traveling to a mountainous area you may use the feature to search for notable climbs in the area while in urban areas it can be helpful to discover where people ride. Like heat maps, it’s a valuable tool if you like mapping out rides to upload onto your navigation computer or just exploring an area to gain valuable riding insight.

While the explore feature is working, it appears Strava has filtered out less popular segments perhaps in an effort to protect users privacy. When reports first emerged that Strava’s heat map compromised military installations, the companies CEO responded in a statement that Strava was, “committed to working with military and government officials to address potentially sensitive data.”

While the segment features are working intermittently, Strava is exploring ways to better protect users privacy and sensitive data.