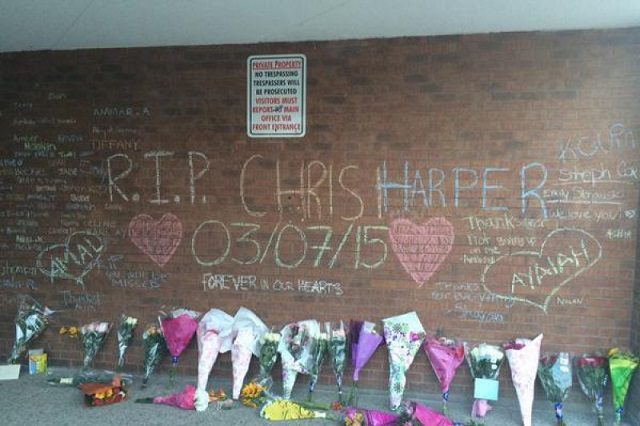 After yet another cyclist was killed in Southern Ontario on July 3, following a fatal hit-and-run in Milton, an online campaign has been spearheaded to help the fallen rider’s family.

As the CBC reported, Chris Harper, a 50-year-old father of five from Oakville, Ont., was killed that night after being struck by a car. He was a victim, authorities say, of impaired driving — and after the collision, the 33-year-old driver who hit him fled the scene.

In the GoFundMe campaign to ease the burden on his surviving family, Harper’s students — he was a teacher at Meadowvale Secondary School in Mississauga, Ont. — appear to be significant contributors. It’s not just a matter of relieving a burden, though. To hear the accounts of those close to the tragedy, it’s the alleviating of a nightmare, a word that has been used literally and explicitly to describe the situation.

“Its a nightmare,” said Heidi Cyfko, a friend of Harper’s family, in conversation with the CBC. “The family is coping as best they can and preparing for the funeral of this tragedy caused by drinking and driving.” As such, it’s a situation that his family doesn’t deserve, students say, and they want to do something about it. “[Harper was] taken from the thousands of past, current and future Meadowvale SS students whom he taught and would have taught,” wrote former pupil Mike Fugler, who initiated the fundraiser, “and positively impacted through his dedication and passion to the classroom.”

“Most importantly, he was taken from his wife Melissa and their five children, Luke, Nicole, Leah, Alison and Joseph. It is for them we give to this fund. They have lost the most important teacher in their lives, so lets help them out with their future education.”

As of this morning — only two days since the GoFundMe campaign was initiated — the fundraising drive had already exceeded its $25,000 target.