The pro peloton is gathering in Adelaide, Australia ahead of the first WorldTour race of the season the Tour Down Under. As such, pro riders are out in droves on the roads of South Australia raking in the pre-season miles and getting accustomed to the time difference. But as Team Sky learned, WorldTour pro cyclists aren’t above the law.

On Monday, Sky riders were photographed by a bystander talking to police officers in downtown Adelaide’s business district close to where the team’s hotel is. The riders had reportedly committed traffic offenses and were stoped as a part of  “Operation Safe Cycling” according to The Advertiser. 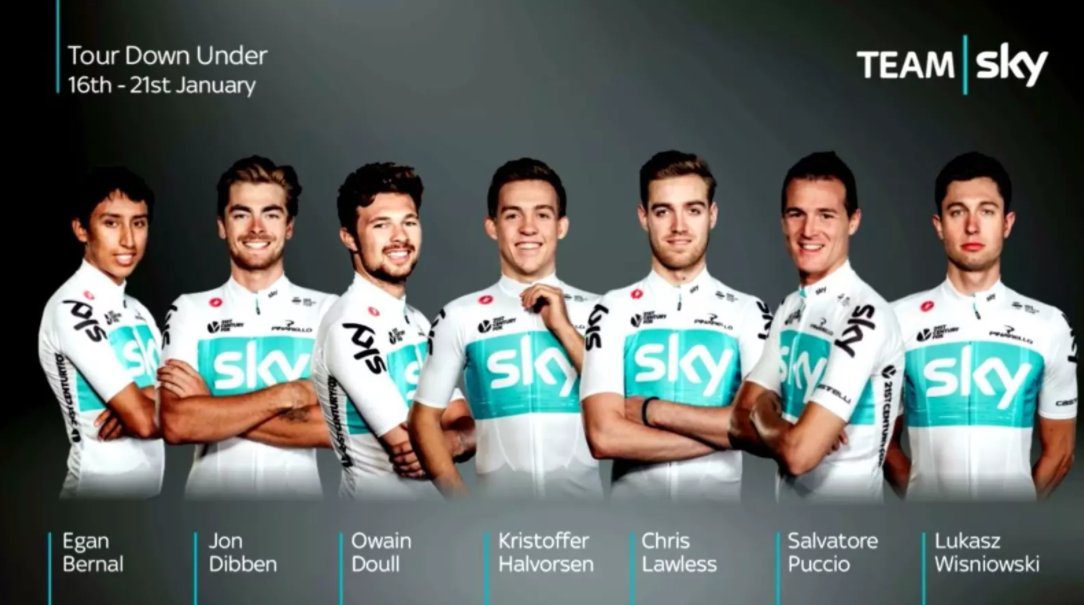 “Police officers spoke to a number of cyclists on Pulteney Street in the Adelaide CBD after identifying a number of traffic offences committed by the group,” the police said in a statement. “The group was verbally educated about safe cycling in the CBD.”

It wasn’t the only incident in Adelaide. A Team Dimension Data was filmed by a motorist holding onto a team car in the Adelaide hills. 7 News Adelaide described the action as a ‘dangerous stunt’ even though pro riders are comfortable performing this move and frequently do it during races.

Sports minister Leon Bignell comment on the actions of the pro riders. “I’ve just been shown a video of one person who was hanging on to a car between Mylor and Echunga or Stirling and there is no place for that,” Bignell said.

Caught on camera – a cyclist's dangerous stunt in the Adelaide hills. Details in 7 News at 4pm and 6pm. #AdelHills #Cycling #7News pic.twitter.com/X023cjjlZ3

Bignell said that because the roads are closed for the cyclists the need to share the roads and play by the same rules as everyone else.

“I think when Mike and the police are finished dealing with these people if they are reported, then they’ll all be aware that they need to abide by the road rules when they are here.”

The six-stage Tour Down Under begins on January 16. Last year, 840,000 people lined to roads to watch the race with 40,000 reportedly traveling to South Australia to specifically watch the tour.