On Mar. 1, Dr. Tamás Görbe, a research fellow in the School of Mathematics at the Unviersity of Leeds, posted a simple looking puzzle on twitter. If you’ve spent time looking at the path your bike makes in freshly fallen snow this winter, you may have an advantage when attempting to solve this puzzle.

These tracks were left by a bike. Which way did it go?

It turns out the answer to the question isn’t so straightforward. Görbe suggests you start by figuring out which track belongs to which wheel.

Twitter users did their best to figure out the solution.

Left, and red track is from front wheel.

To the right. Red track is the front wheel, blue track is aft wheel.

The answers were divided.

In the end, Görbe explained the puzzle and posted the solution in the form of a gif.

The red curve, which has a larger variation, is the track left by the front wheel. The blue curve is the path of the rear wheel.

“The bike frame acts as a tangent segment to the blue curve,” explains Görbe. “If the bike would have gone left, then the bike frame would change its length (see white segments).” 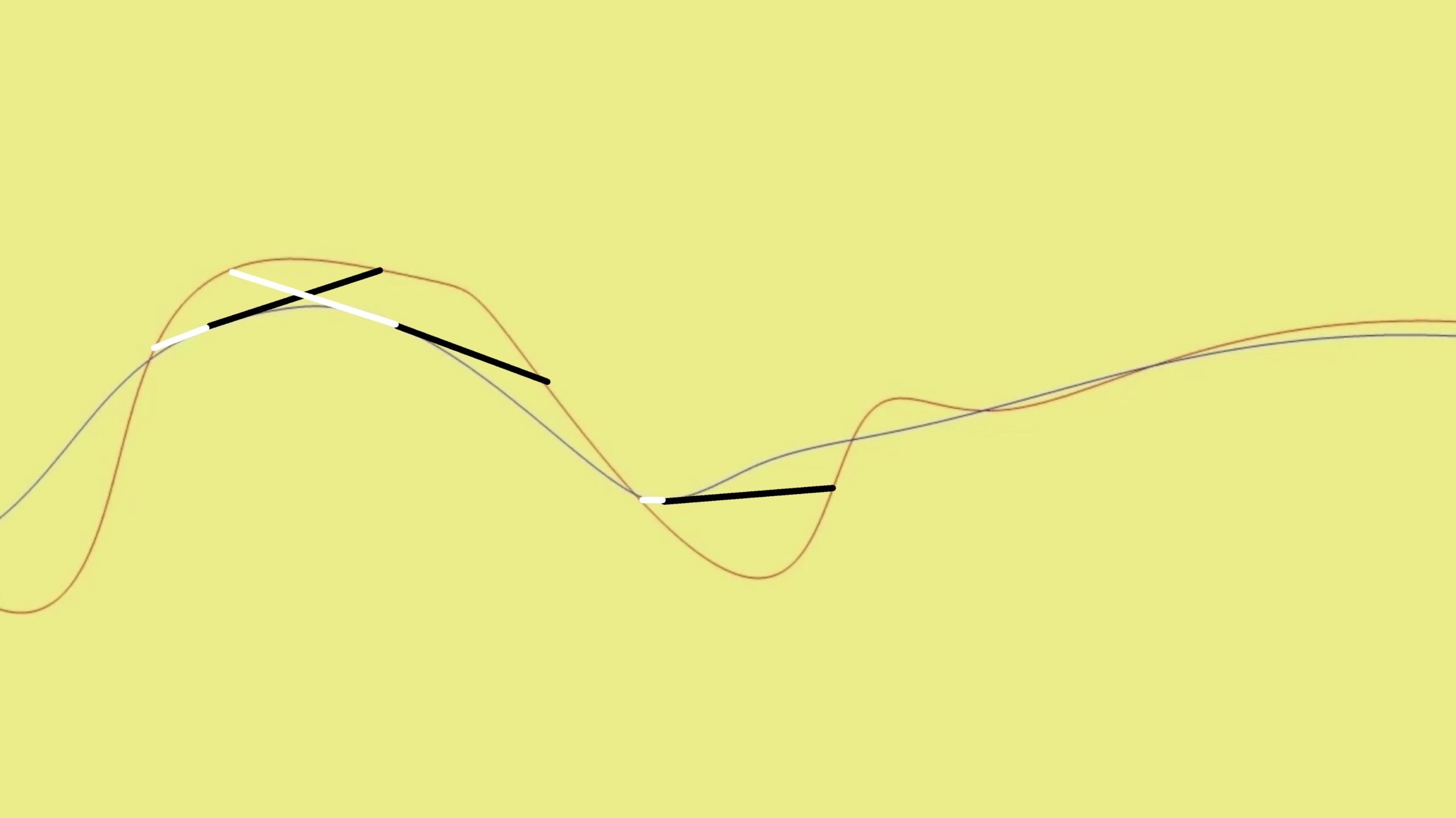 Görbe also posted a video by the Simons Foundation, which goes more in depth into the problem.

For those looking for similar mathematical challenges, Twitter user Benjamin Dickman suggested Which Way Did the Bicycle Go?: And Other Intriguing Mathematical Mysteries a book of problems selected from Macalester College’s “the Problem of the Week”.

Bonus behind-the-scenes info:
A *sequel* from Velleman & Wagon, also published by the MAA, should appear later this year! 📚