Monday to Thursday from May 1-20 2021, the Lake Minnewanka Loop in Banff National Park will be closed to public vehicles and open to cyclists. The 13km road is closed to minimize disturbances to the grizzly bears feeding on berries, so cyclists riding it should keep their eyes open for the large mammals.

After success last year, the Bow Valley Parkway in Banff will again remain closed to public vehicles throughout the summer. The loop, a 3-week road cycling pilot project, takes cyclists through the park and up to Lake Minnewanka.

From the city of Banff, the loop is accessible from the Legacy Trail. 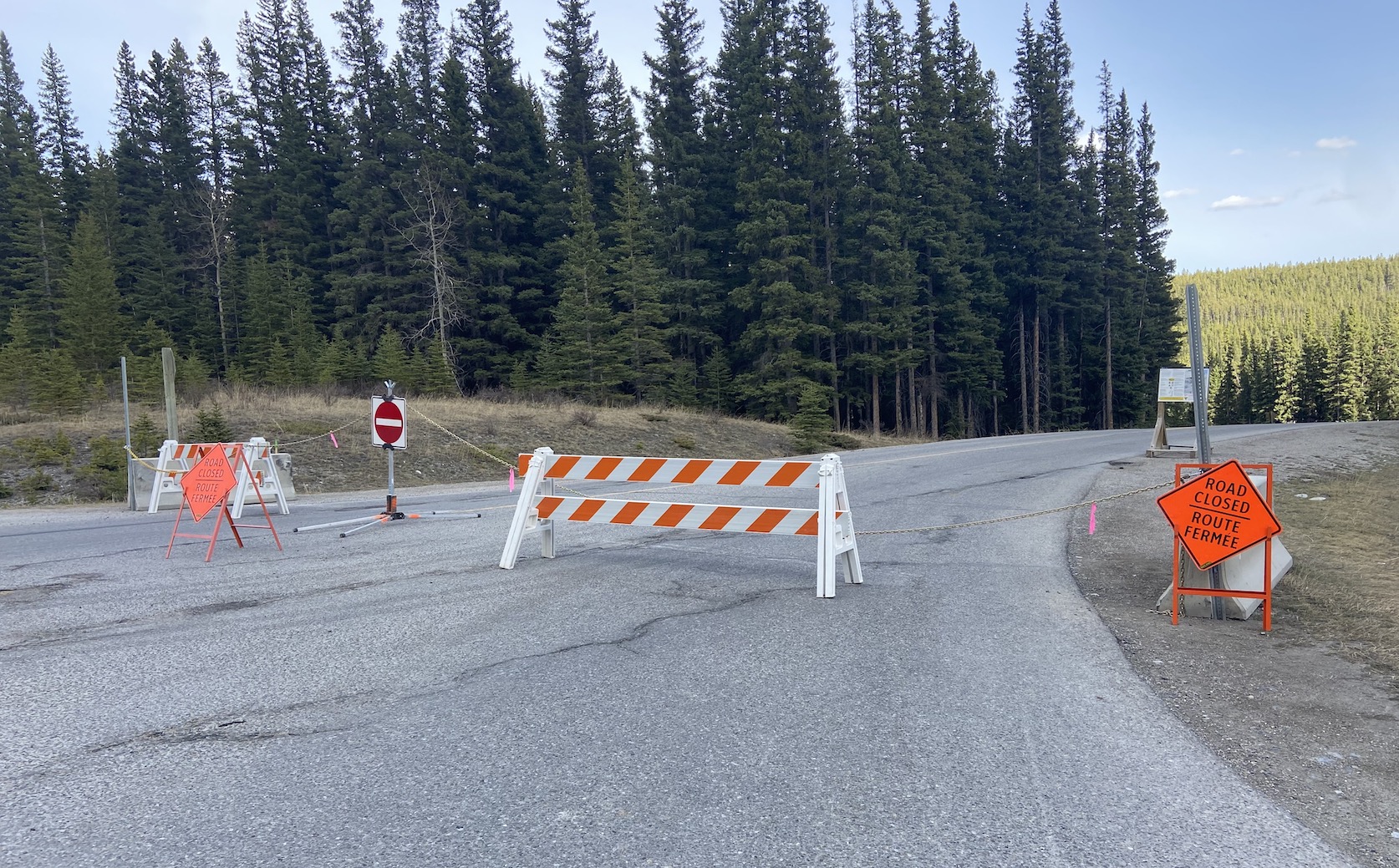 Lake Minnewanka is on the edge of one of three “core areas” for grizzly bears in Banff National Park. These core areas contain a critical bear habitat, where a concentration of female grizzlies live and raise their cubs. Female grizzly bears are dependent upon buffaloberries, which grow in abundance there. Surprise bear encounters involving cyclists have previously occurred along the Minnewanka Trail.

The Banff National Park says that cyclists should always carry bear spray when riding the Lake Minnewanka Loop. Feeding the bears can lead to a very steep fine, and riders who do so can face a maximum fine of $25,000.

The park says that cyclists must maintain 100 meters of distance between themselves and cougars, bears, coyotes and wolves. The distance is smaller (30m) for deer, elk, moose and bighorn sheep.