October 23 marks another edition of the Fall version of the annual road/gravel race, the “Hell of the North.” The event is a 90 km race that starts in Ballantrae, Ontario and follows some of the toughest dirt and off-road sections in the greater Toronto area. There’s also the “Heck of the North” which is a slightly more civilized race at 70 Km, and contains much of the same route, but without any of the nasty off-road sections. The Hell of the North deservedly earns its name not only from the gravel roads, but the infamous “trench:” a 10 km section through a grimy, muddy “path” which often decides the race.

A tough race from its inception

The race has some serious history. It began in 1986, organized by the late Mike Barry Sr., father of former professional cyclist, Michael Barry. It then changed hands to Ed Veal/Real Deal Racing, along with Heath Cockburn. After that, it has been run solely by Veal.

Mike Barry organized hundreds of events both in the United Kingdom in Canada, from Spring to Fall. When Barry organized Toronto’s Paris-Roubaix, as it was then known, it was run by him, his wife Clare, and a small group of friends who would volunteer their time. They’d mark the route, plot out logistics and arrange registration. Back then there was no internet to register, everything was done on the day of the race.

The race was Barry’s pride and joy. He would drive the course with his wife and mark down every section, corner, hill or obstacle by hand. There was no GPS, just a map and a clipboard. It had to be done manually. His son Michael Barry said that it was never a chore. His father loved the race and would spend days and weeks preparing it.

Mike Barry always wanted the worst conditions for his early spring race, to make it as tough as possible. “The first year of the event was a success as it snowed, rained and was hell for most participants. In an era before gravel bikes most participants rode their road bikes while a few had the foresight to ride cyclo-cross bikes,” according to Michael Barry. “ It added to the resistance of pushing through slush, snow and ice, the bikes became bogged down with frozen muck. Wheels barely moved, gears didn’t work, toes froze, icicles formed on nostrils.”

Michael Barry raced it from a young age, and remembers every edition he did. He rode it yearly until he was a second year junior. After that, he’d be down south training in the spring and would miss it. He fondly remembers his father’s penchant for making the parcours as difficult as possible. “Each year he tried to make it a bit tougher and would search out new tracks between farms, or rougher gravel sections, but for the most part the route stayed the same for a decade or so.”

Over the years it evolved as roads were paved and the starting point moved to the Toronto Zoo. The event was originally a point-to-point race, as opposed to its current iteration which has the same start and finish. Toronto’s Paris Roubaix ended at the Irish House, a bar/restaurant on Lake Simcoe in Jackson’s Point, which was owned by Sam Watson (Health Cockburn’s father-in-law). Although due to more roads being resurfaced, the new course has fewer gravel roads it still includes the exact same “trench section”, the dreaded snowmobile/ATV trail.

In the 80s and 90s, few people had anything other than road bikes so they rode what they had—some fitted the largest tire they could get in the frame and then struggled across the rougher sections as the bikes would get bogged down with mud (and often ice).

As the years went on, riders would realize just how difficult the course was and try using ‘cross, mountain bikes or hybrids. This was far superior to some years, like in 1992, when the leaders ran the entire 10 km snowed-in trench with their steel road bikes on their shoulders, running in cleated road shoes. 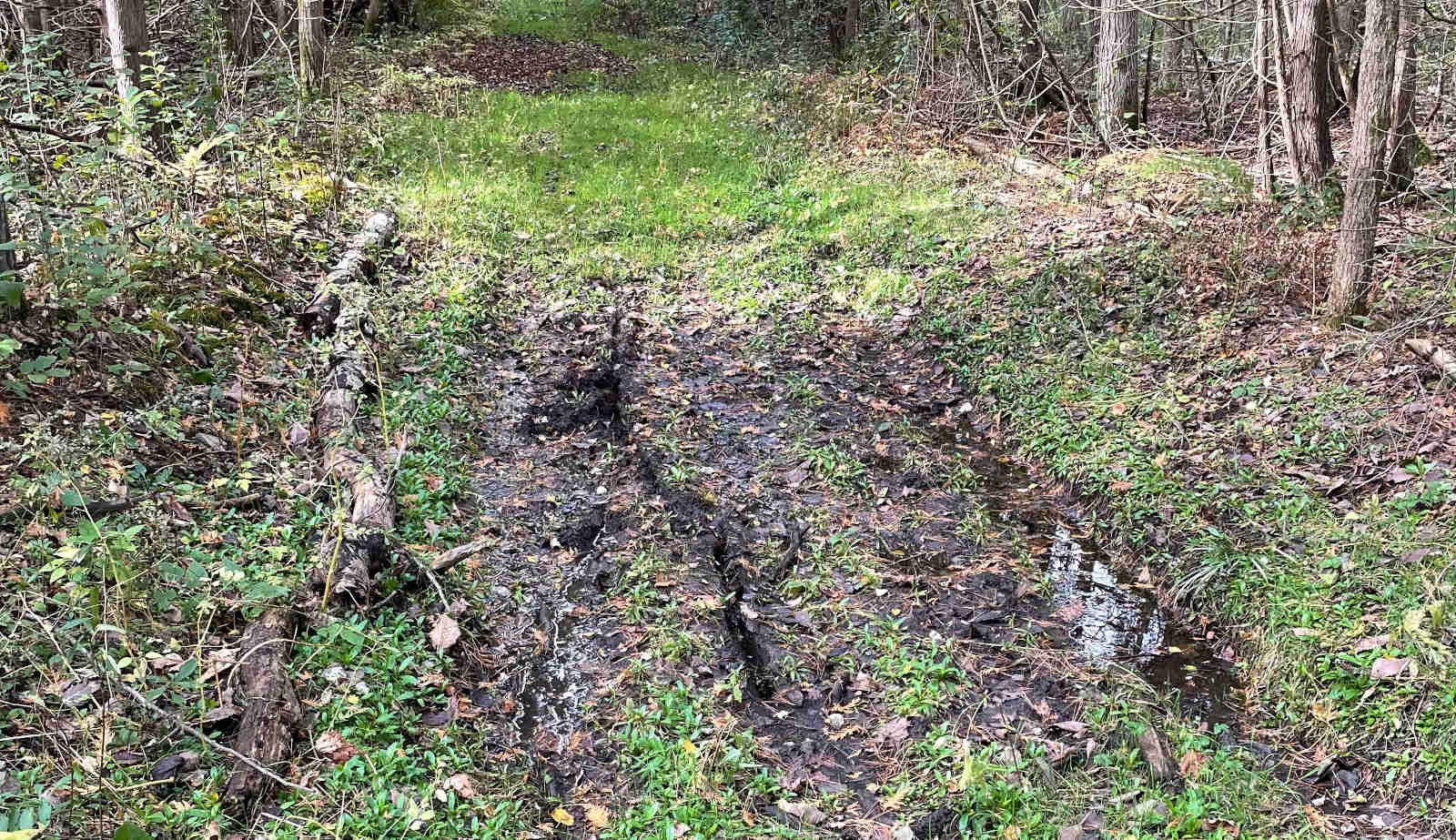 Although Veal has driven the course dozens of times, he’s never raced the race, and doesn’t plan to. “I’m in so many races every year, it’s fun to be on the other side,” Veal says “I like being in the car following the race, watching it unfold. Plus, when I finish I’m nice and clean and hydrated.”

To preregister for the race, visit CcnBikes.com.