Riding our tandem, my husband and I are regularly waved at by small children and called out to by elderly people. It’s a nice feeling; our tandem makes people happy, us included. Put us on a start line, however, and the reception is often far cooler.

This past summer, we rode the Gran Fondo Badlands in Drumheller, Alta. – 160 km in 32 C. We were late to the start, so we pushed our way through the riders, egos and bike budgets increasing steadily, until we reached the front of the pack where an awkward silence fell.

That’s the thing: tandeming in the cycling world is considered comic at best and an insult at worst. But just try holding our wheel on a long flat stretch of tarmac and see how funny we are. 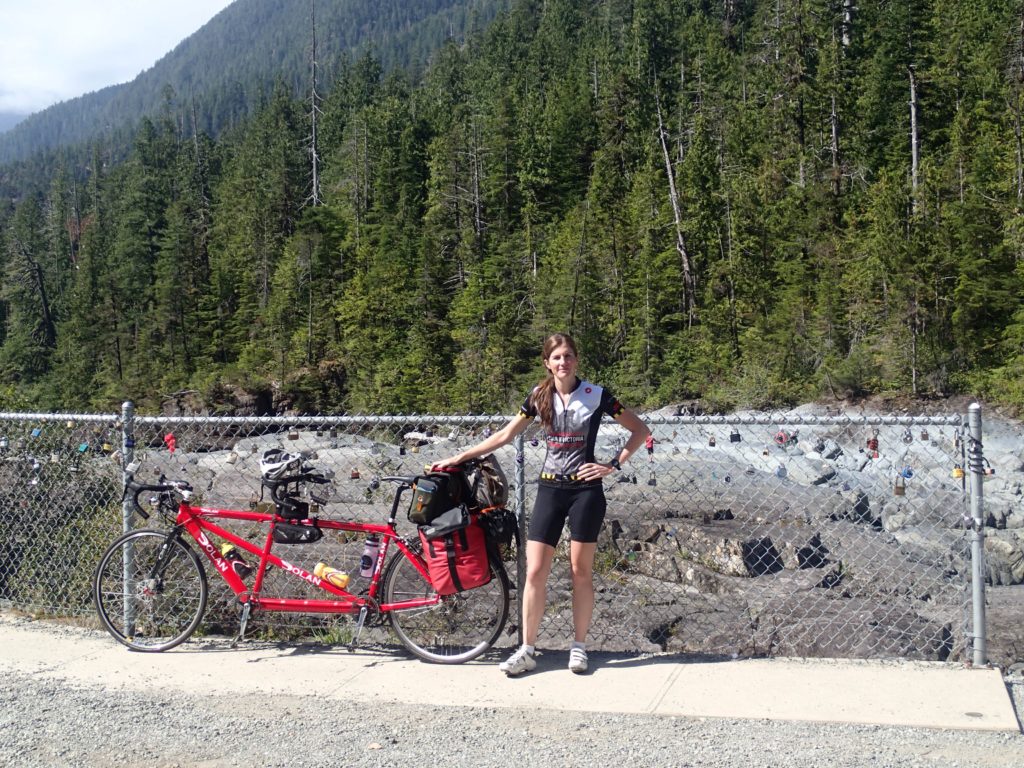 As the stoker, I’m also our official photographer. Sixty or so kilometres into Badlands, I held my phone up for a photo from the front of the lead peloton.

“Smile guys!” Maybe we’ll be invited back to this party after all.

Of course, not all cyclists feel so uncomfortable with tandems. That summer we also rode the Tour de Victoria where Ryder Hesjedal, fresh from the Tour de France, complimented our steed as we passed him on a descent. Gravity is a wonderful thing on a tandem, when it’s working for you that is.

For the record, we’ve earned our stripes on our own bikes, which we ride just as often as our tandem. Between us, we have seven Ironman races under our belts (him four, me three) and regularly put in a few hundred kilometres on weekends.

The tandem was a wedding present to ourselves two years ago. We’ve since, unexpectedly, fallen head over wheels for it. Even we thought tandeming would just be a little fun for when we didn’t feel like pushing too hard.

The tandem would be our recovery bike. But we ride our tandem as hard as we ride our single bikes. On a tandem, you’re only as fast as your slowest rider and neither of us want to be that.

Tandeming is fast; it’s motivating; it’s incredibly fun; and it’s made us a stronger couple – physically and from a relationship point of view. There’s nothing like descending on the back at more than 80 km/h to build trust in your captain. Remember, I have limited breaking capacity and no influence over steering: not an easy position for a self-confessed control freak.

Tandeming in a sporting context requires constant communication. Stopping, starting, gear changing, braking, turning, freewheeling, eating and drinking – it’s all a team effort. If one rider bonks, you both bonk. Toilet breaks need to be co-ordinated, which can be frustrating. There’s no such thing as an emergency stop. Actually, that’s not true, but on a tandem it’s called falling off. 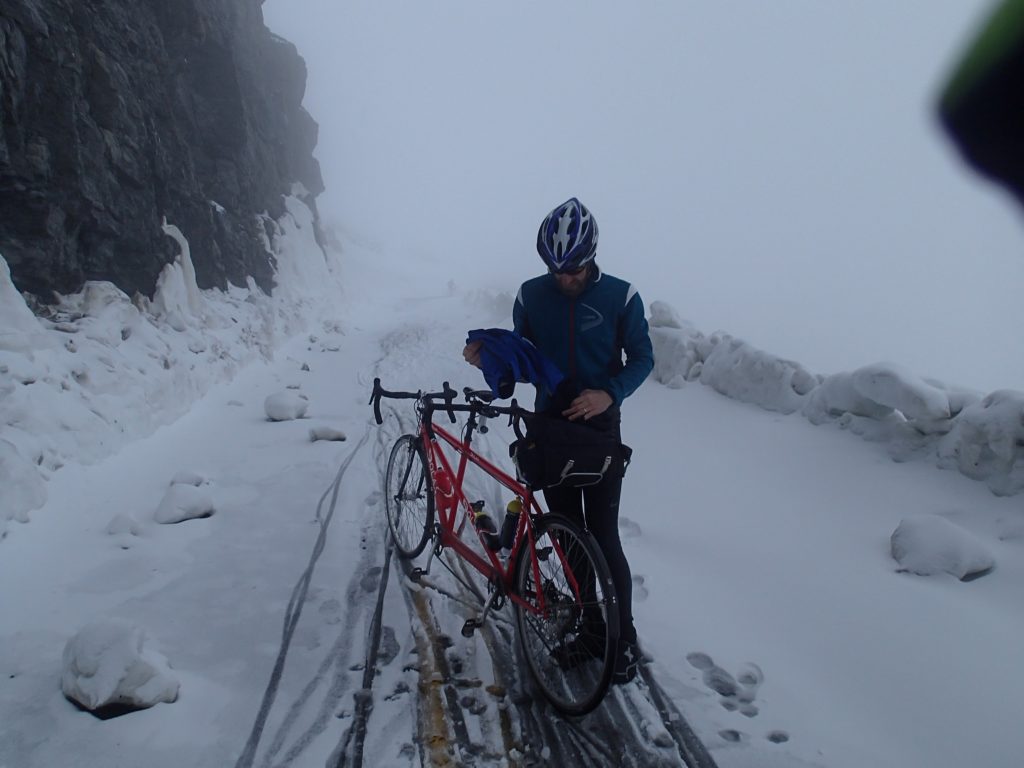 To dispel a few final myths: no, we don’t swap places. It weighs a little more than two bikes, so no, it’s not “cheating.” And yes, we do notice if the other isn’t pulling his or her weight.

Sometimes we fall out, usually at the end of a long day, when I’m tired of looking at his butt and he’s sick of listening to me ramble on. But having a row on a tandem has a certain absurdity about it so it rarely lasts long. Tandeming is a team effort and, like a team, you have to stick together, even if sometimes you don’t like your teammates very much. Look at Wiggins and Froome. OK, bad example.

A fellow tandem rider once told us, “No matter what direction your relationship is headed, a tandem will get you there faster.” Too true, or should I say, two true.