Many cyclists, particularly during the past year, will say that a ride along local trials or paths can truly do wonders for mental health. A new survey found that cyclists aren’t alone—almost all Canadians feel the benefits of being surrounded by nature. The poll, from the Nature Conservancy of Canada, revealed that 94 per cent of Canadians credit time spent in nature with helping them to relieve the stress and anxiety of the pandemic’s second wave.

The survey also found that women and young families are spending particularly high amounts of time in nature—Strava’s data on activities found the same. The median number of activities uploaded by women to Strava rose by 45 per cent compared to 2019 among those aged 18-29.

Mental health and cycling in nature

As local and provincial governments take an increasing interest in active transportation methods such as cycling and walking, it’s also worth noting the importance of these activities’ mental health benefits. 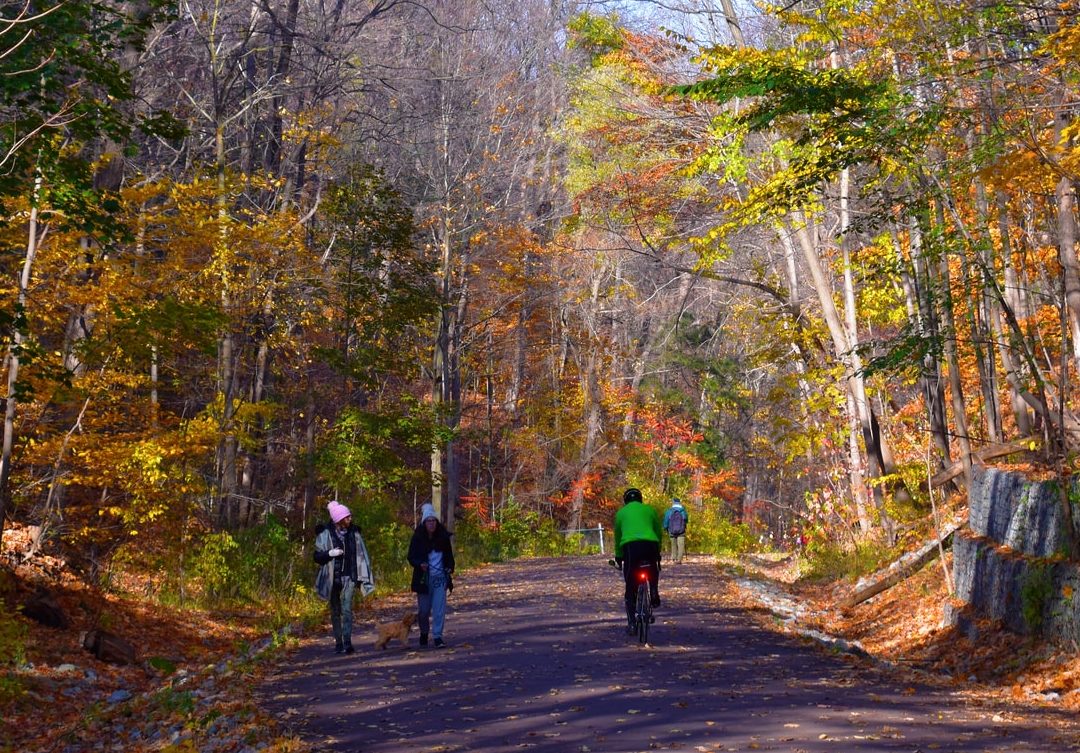 RELATED: For these Canadian cities, the health benefits of cycling infrastructure significantly outweighed the cost of new bike lanes

Three in four Canadians say time spent outdoors is more important to them now than ever before and more than 85 per cent of people surveyed in the Nature Conservancy of Canada poll said that access to nature has been important to maintaining their mental health.

Even in non-COVID times, cycling, in low to high volumes, was found to be beneficial to psychosocial health. As the country reaches almost one year of COVID restrictions, daily commuting time spent outdoors (whether cycling to work or even a small walk to the subway) is still reduced due to lockdowns in many regions. Access to nature via recreational cycling trails can be a powerful tool to help some of the 40 per cent of Canadians who say their mental health has deteriorated since last year.

RELATED:  How the ‘fake commute’ could help your mental health

A systematic review of outdoor COVID-19 transmission found that rates of transmission are lower outdoors. Recently, Peter Juni, the scientific director of the COVID-19 science advisory table of Ontario, told the CBC that as long as people maintain a two-metre separation, they shouldn’t be overly concerned about outdoor transmission.

Despite a controversial white-paper released last year, outdoor cycling is considered reasonably safe as far as COVID transmission is concerned. The risk is low for cyclists riding on quiet paths alone, or with someone from their household.

While a ride in nature isn’t a solution to all problems, its benefits, particularly right now, are clear.