With 2018 coming to a close, it’s time to look back on the stories that caught readers attention this year. These 10 moments made our jaw drop, were outright bizarre or were simply unbelievable. From aerial surveillance to feces flingers, from social media to heavy-handed policing, these stories from the past 12 months may take a few seconds to process. Take a look back at 10 WTF moments in cycling from 2018.

Click each header to be redirected to the full story for more details.

Tensions in rural Ontario between cyclists, locals and police have reached new levels in Collingwood. In June, a club ride from Collingwood to Creemore was stopped by local law enforcement. The riders had been observed by aerial surveillance rolling through two rural stop signs. 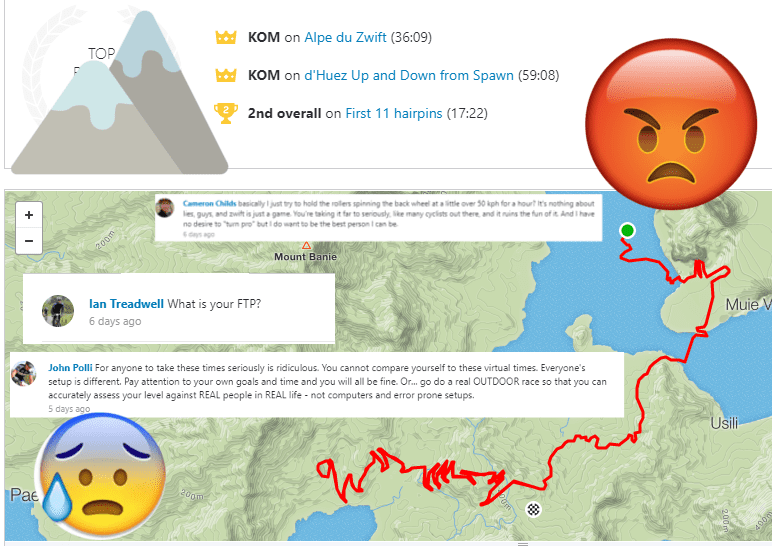 Like many Canadians, Cameron Childs of Calgary rides inside over the year’s cold months. On March 29, like he often does over the winter, Childs rode for just over an hour on Zwift tackling the newly released Alpe du Zwift. The 12 km virtual climb mimics the 21 famous hairpin turns of Alpe d’Huez in France. After his ride, Childs uploaded the file to Strava calling the ride Watopia “Tour of Fire and Ice” and found out he had captured the KOM on the climb. That got the attention of the Strava and Zwift communities who took to the comments thread in force.

A cyclist in the UK is quite regretful after making himself a target to thieves on social media. Adam Jones of Essex, England had five high-end bikes stolen from his garage estimated to be worth about £12,500 ($21,000). He believes he was targeted after posting his rides on Strava which showed the approximate location of his home. 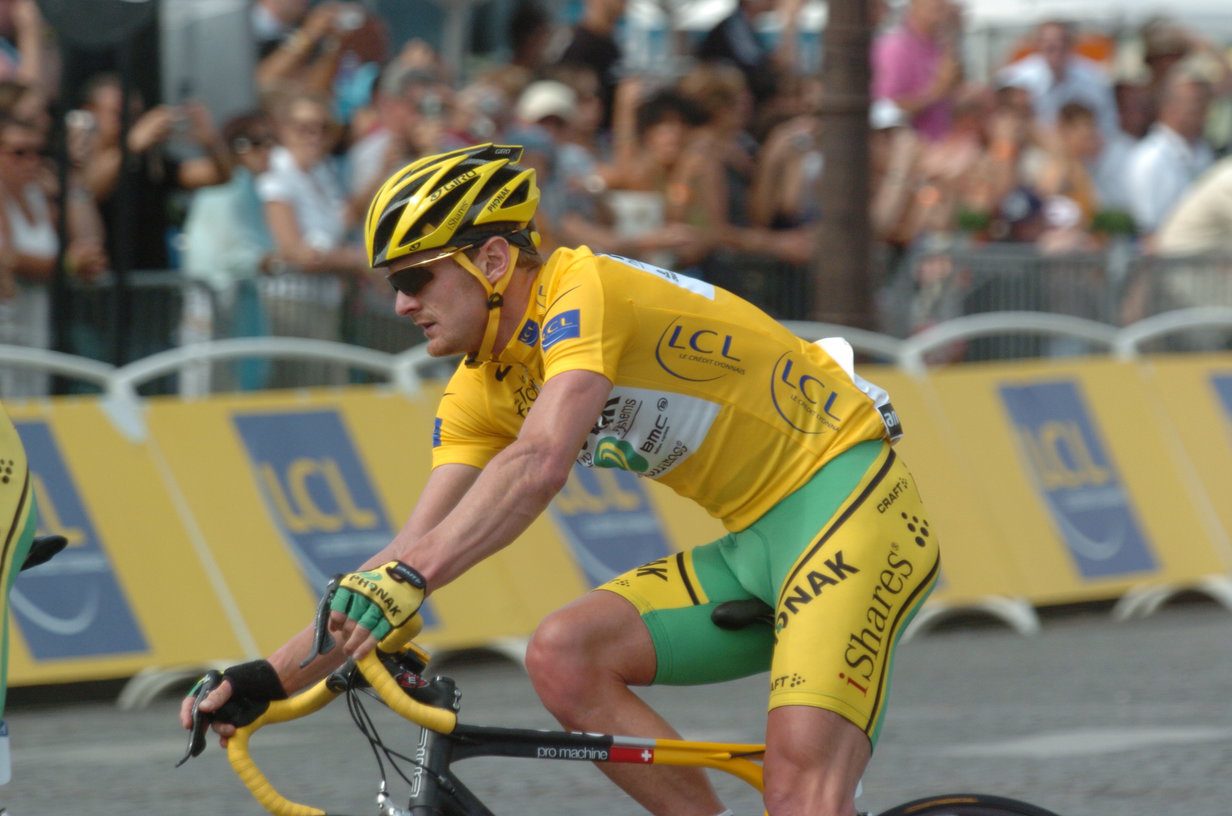 Disgraced American cyclist Floyd Landis has been up to some interesting things in his retirement from the sport, such as starting a cannabis product service in Colorado and winning more than a million dollars from former U.S. Postal Service teammate Lance Armstrong in a lawsuit. And now the fellow who was stripped of the 2006 Tour de France title for doping is supporting a new cycling team with a portion of that settlement money and with the name of his hemp and cannabidiol business, Floyd’s of Leadville Pro Cycling Team. And it has a strongly Canadian flavour. 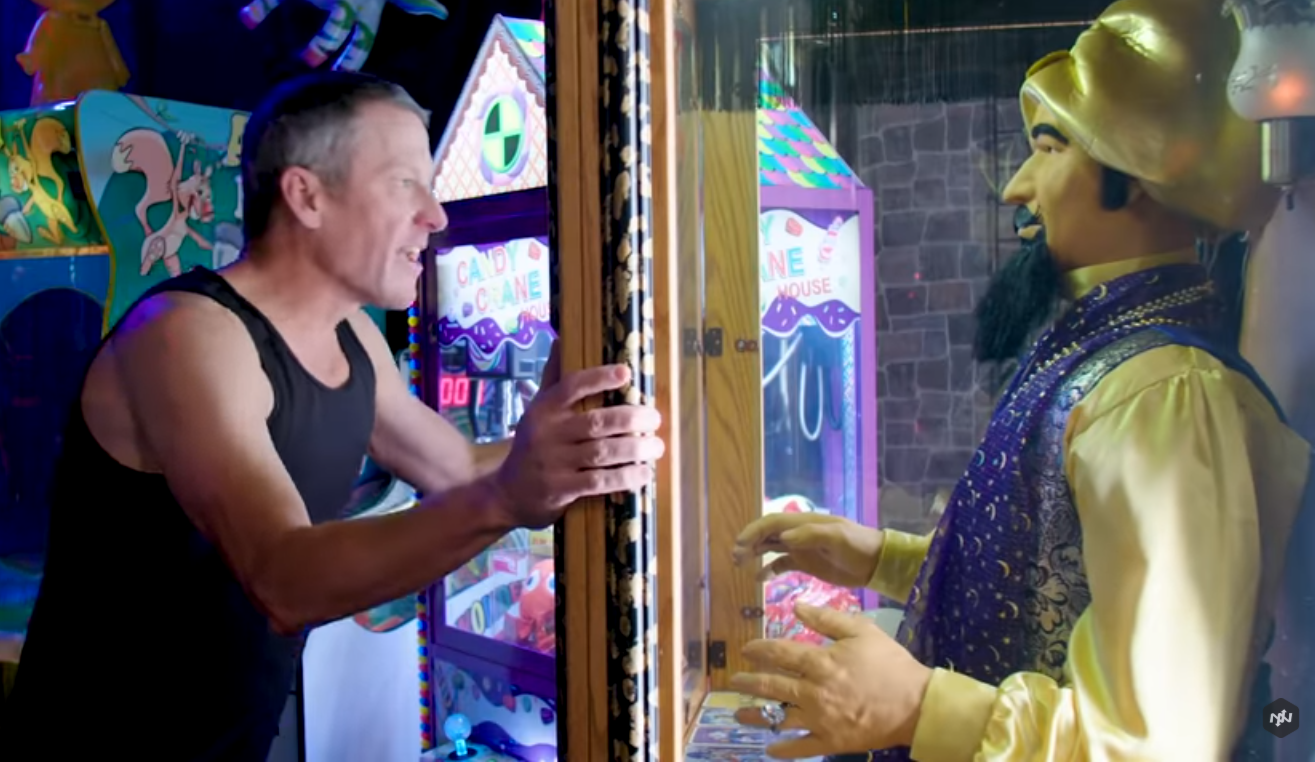 Lance Armstrong is back and he wants to be made complete

After Lance Armstrong admitted to doping he was dropped by nearly every brand that supported him throughout and after his career. Now, the stripped seven-time Tour de France winner has risen back into a proportional role in a campaign for testicular cancer fundraising. The spot that will appear for Black Friday created by Austin-based holistic health and wellness brand Onnit thrust the still prominent sports figure into a position to poke some fun at himself while campaigning for a cause that is close to him. 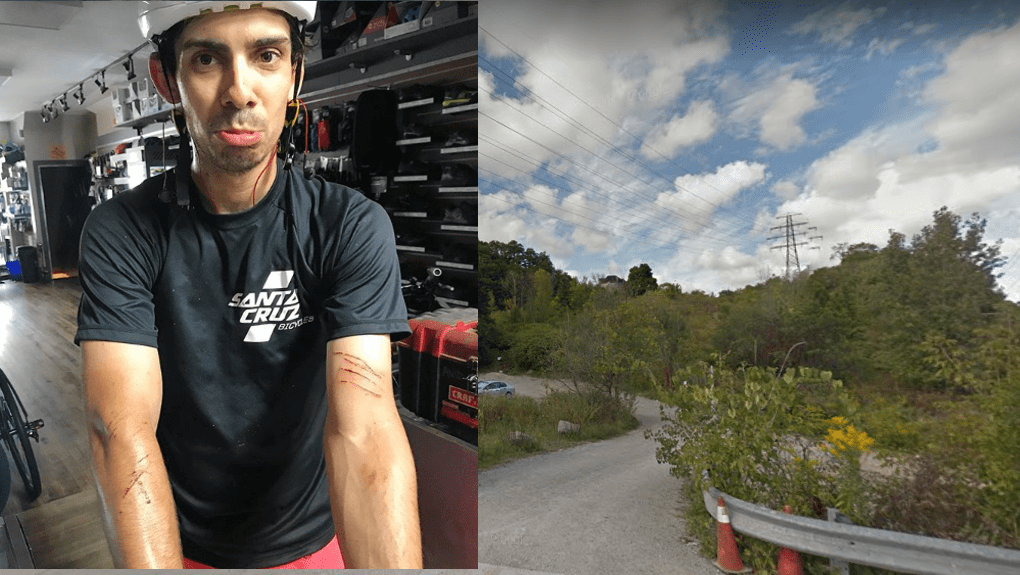 A mountain biker in Toronto’s Don Valley encountered a trap that appears to have been set up to injure cyclists. Cycle Solutions, a shop in the city’s east end, posted a photo of one its team riders with deep wounds on his arms. The wounds came from barbed wire and razor blades that the rider had encountered on a descent to one of the main trails. 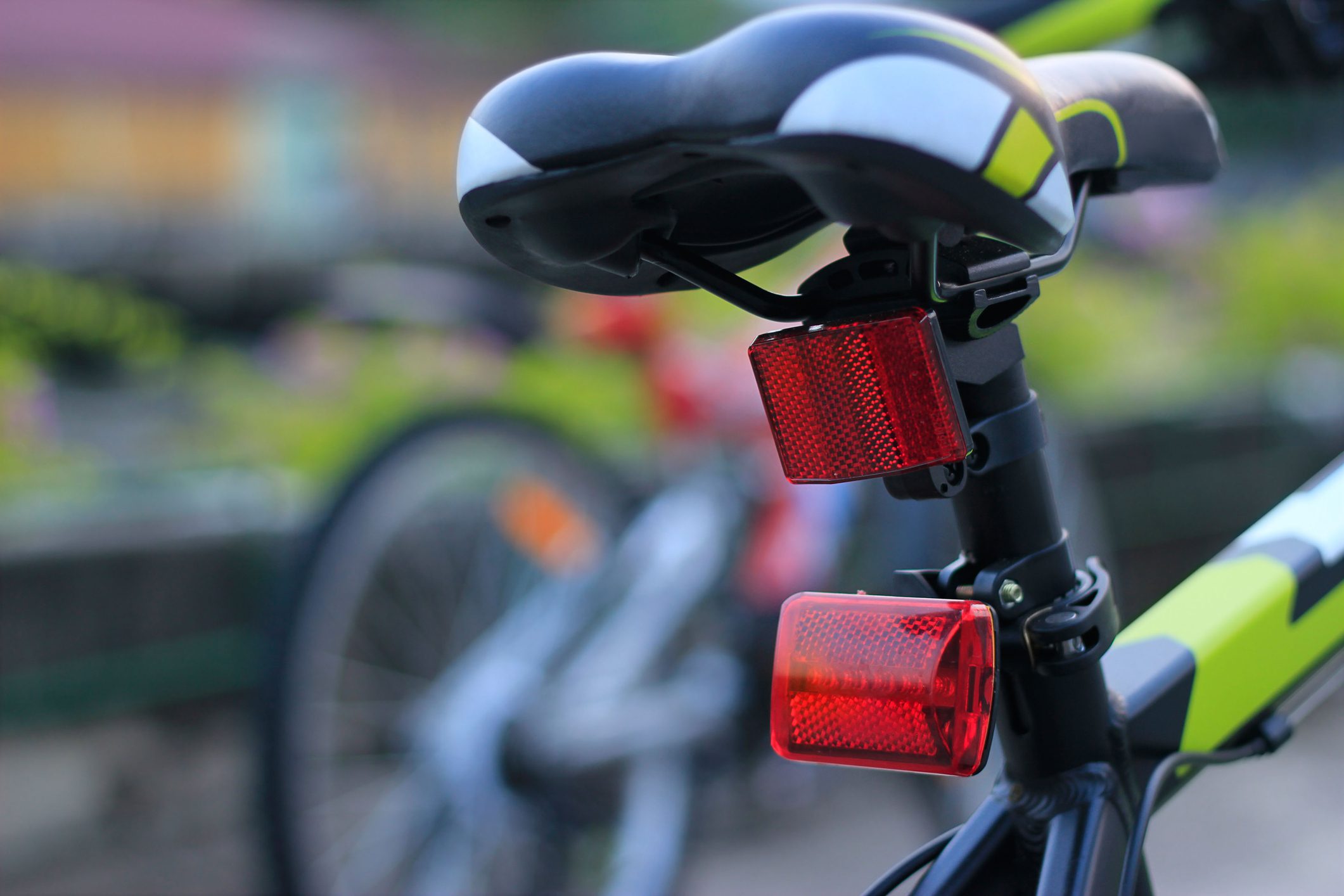 Jabez Adasz had reflectors on his pedals and fork, and his bike was additionally equipped with a flashing light on the back. However, upon being stopped by police he was ticketed for not having front and rear reflectors equipped. 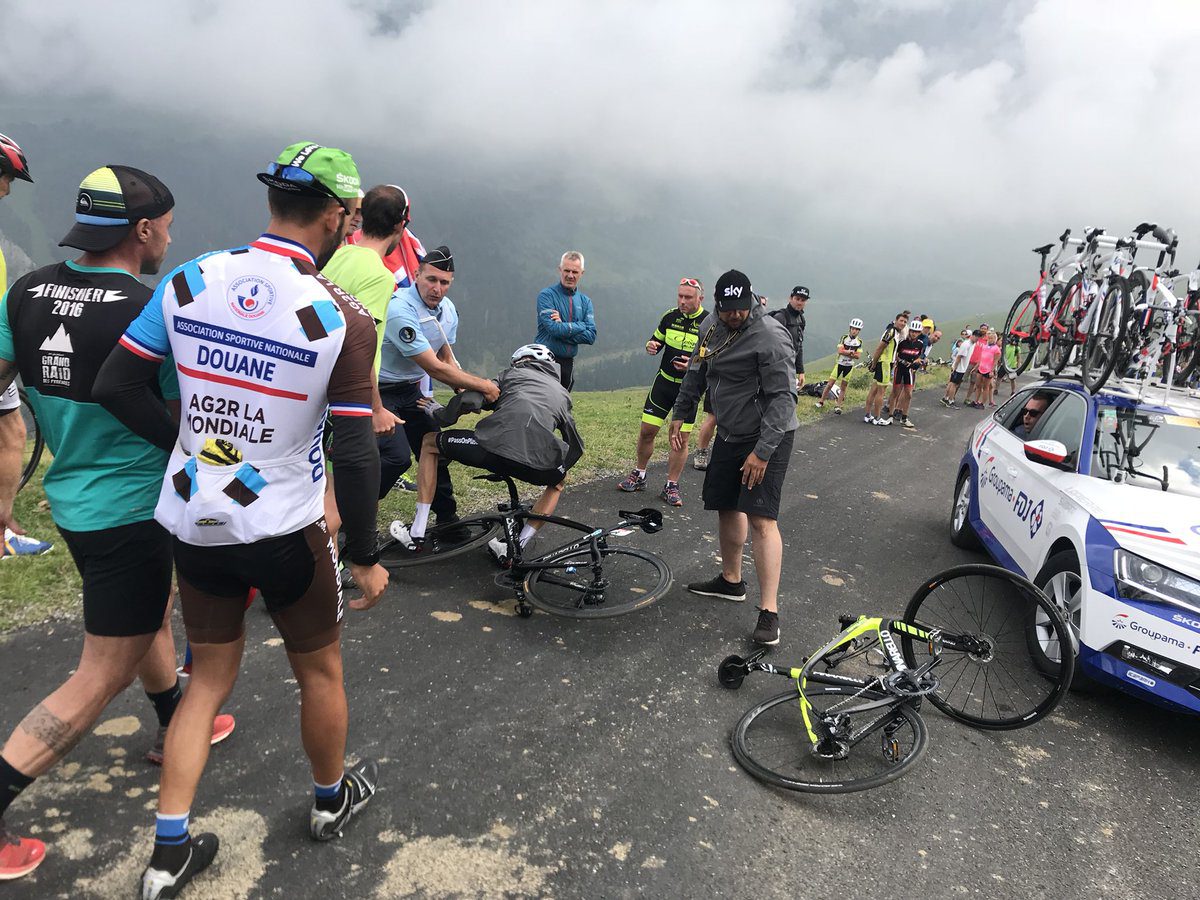 Four-time Tour de France winner Chris Froome was involved in an incident with the gendarme after the summit finish on the explosive 65-km Stage 17. Froome was descending the Col du Portet towards the team bus wearing a jacket to keep warm. The French police appear to have mistaken Froome for a fan riding on the course and intervened. 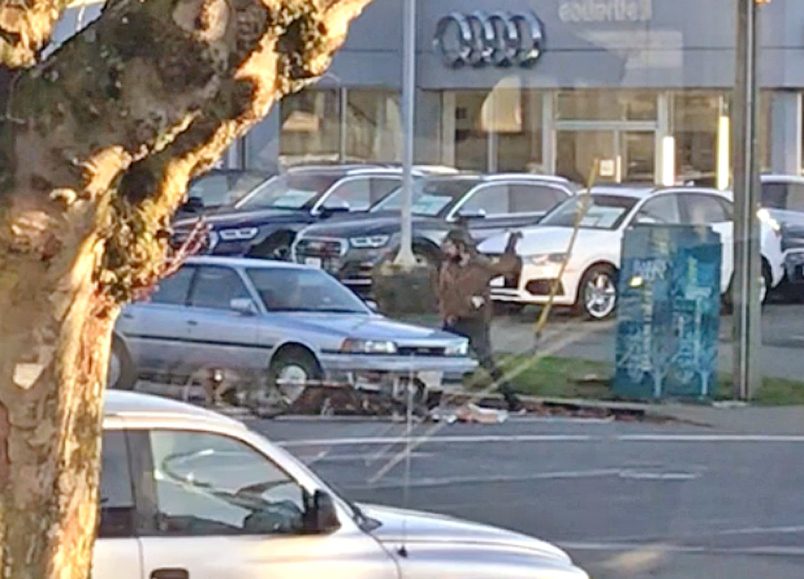 Man on bike throws feces at car in downtown Victoria

A minor altercation between a man on a bicycle and a motorist in downtown Victoria, B.C. quickly escalated into a disturbing incident 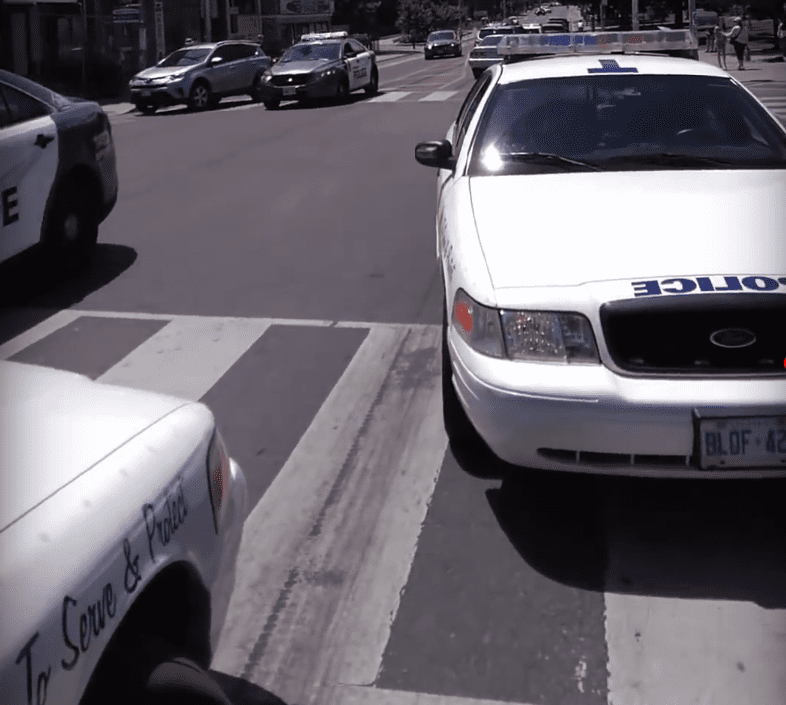 A cyclist was pulled over by a police for riding outside of the bike lane in July. When the cyclists argued that this was entirely legal, the officer then called for backup. Four more squad cars arrived to support the first officer as he issued the cyclist a ticket as a crowd of onlookers and several witnesses gathered around the scene. After much delay, the cyclist was given a ticket for interfering with traffic.