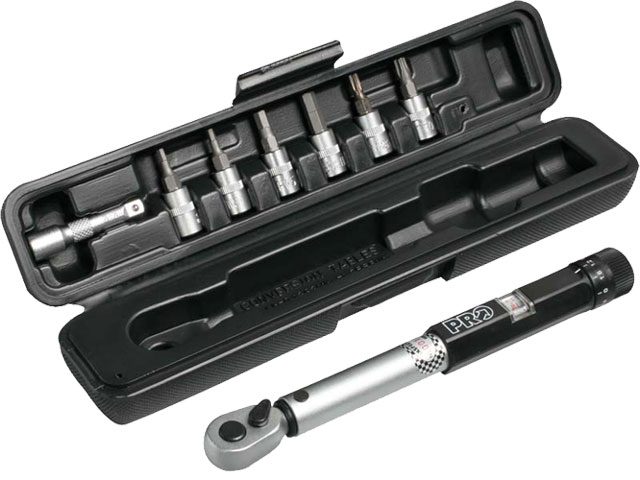 This article originally appeared in our June/July 2010 issue.

With the popularity of carbon bikes and parts, the requirements of your home workshop have changed. It used to be that if you wanted to work on your own bike, all you needed was a set of allen keys, wrenches and a pump. But today, if you don’t have the right tools, be prepared for the performance of your ride to suffer, or worse, manufacturers denying your warranty claims due to poor maintenance.

In the days of ‘steel is real’, tuning a bike was all based on feel. You found a mechanic with good hands and trusted their abilities to keep your baby in perfect shape. Now, with the overwhelming popularity of carbon, a torque wrench is just as essential to high-end bikes as a shock pump is to full suspension bikes.

There are still a lot of misconceptions about carbon bicycles. The memories of exploding frames have stayed in our psyche despite the huge advancements in technology over the last decade. It’s a common fear that carbon is more fragile than other materials. “If you’re crashing hard enough to crack or shatter a carbon frame, you would have [damaged] an aluminum frame beyond repair, as well,” says Michael Cranwell, general manager of Duke’s Cycle in Toronto. Where carbon is actually more susceptible to damage is with compression, meaning over-tightening of your parts. Thus, the torque wrench has become a staple in all good bike shops and, if you’re working on your own bike, at home too. Unlike the car industry, bicycle manufacturers have been kind enough to actually etch torque ratings into parts. Take a close look at your stem or seat post; those little numbers aren’t just for show.

The problem with fear of over-tightening is some people go the other way, leaving parts too loose. “People are afraid to crack their frames so they don’t tighten down essential parts enough. Suddenly, you’re riding and your handlebar slips. It isn’t pretty,” says Cranwell. So, where does that leave you? Afraid of over-tightening for fear of cracking your frame or of under-tightening and parts slipping at the worst possible moment? The answer is simple: buy a torque wrench. “It takes out the guesswork when tuning your bike,” says Cranwell. Simply put, if you are going to spend the money on buying a carbon or high-end aluminum bike, then invest in the proper tools to maintain it.

Many bike manufacturers require, for your warranty to remain valid, that your bike be tuned with a torque wrench. “I had a customer come in with a cracked seat tube right at the seat collar. The first question the warranty department asked us was if he had used a torque wrench when tightening down his seat post. We had a good relationship with the manufacturer so we were able to get him a replacement, but had that not been the case, most would have told us we were simply out of luck. I doubt we’ll get away with that in the future,” says Cranwell. Keep in mind, a bicycle torque wrench makes a much finer adjustment than the one for your car. So you’ll have to make sure to purchase the proper type. The easiest way to do that is to go to a reputable bike store. Also, storage is essential. Storing it at anything other than its lowest torque setting can affect calibration. Nonetheless, even a cheap torque wrench is better than nothing, so spend the money and invest in the proper tools to keep your ride tuned reliably and safely.