Tuesday’s fourth stage of the 2019 Tour de France was one of the rare sprinter’s stages of the first ten-day “week”, with Elia Viviani earning his first Tour victory and put himself his position in the thick of the green points jersey competition led by fourth place Peter Sagan. Vivani’s teammate Julian Alaphilippe retained the yellow jersey.

The only bunch sprint so far had been on the opening stage, when a crash led to a 20-man group contesting the finish and Mike Teunissen getting the surprise win. Sagan was second and Caleb Ewan third. The next straightforward sprinter’s stage is on Friday into Chalon-sur-Saône.

Stage 4 of #TDF2019 starts in just a few minutes from the charming city of Reims and takes the riders over a 213.5km-long course to Nancy, which returns on the race after a five-year hiatus. pic.twitter.com/tnREtNFAyY

The intermediate sprint came at 147 km mark and since there were only three escapees up the road, this point was worth a tussle. Viviani was the best of the bunch, thrusting him closer to the top-five. 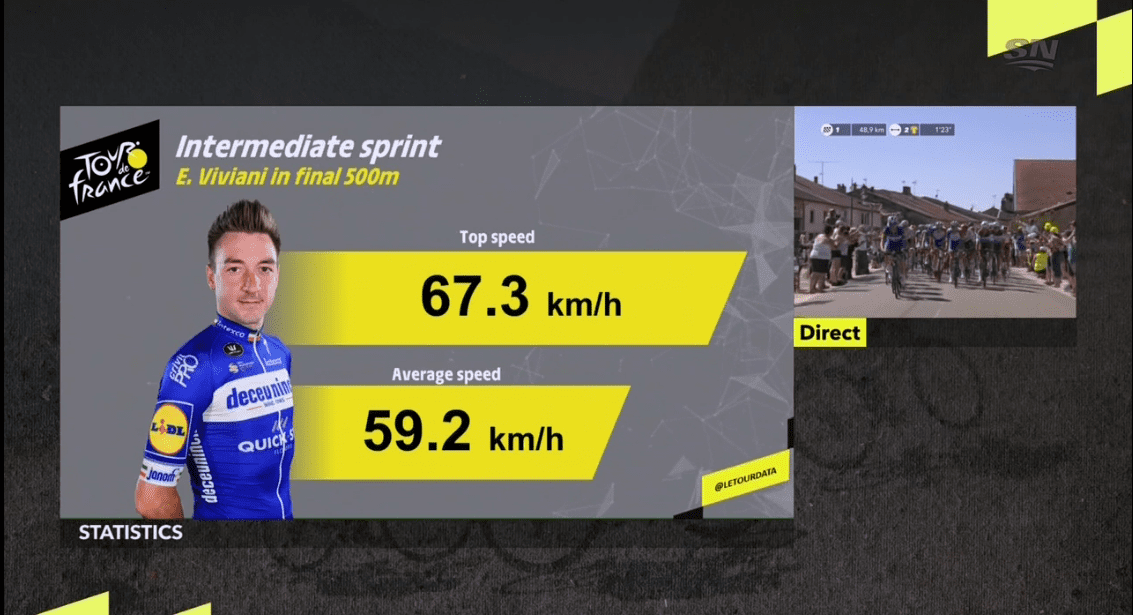 The table looked a little different.

Soon after the scrap in Lérouville, Michael Woods crashed when the road narrowed, but Rusty dusted himself off and caught up with the tranquil peloton.

.@rusty_woods takes a fall at the back of the peloton but the Canadian is straight back up on the bike and off again.
Chute de @rusty_woods à l'arrière du peloton, mais le canadien repart rapidement.#TDF2019 pic.twitter.com/08Lihkbwpi

Tuenissen and Dylan Groenewegen’s Jumbo-Visma and Matthews’ Sunweb caught the break on a Cat. 4 climb with 17 km to go. Everyone got through a narrow bottleneck with 1.7 km remaining. Alaphilippe led under the red kite and Viviani launched with 180 metres to go.


Two 4.5 km climbs of around 7 percent in the final 40 km of Wednesday’s stage will eliminate some of the pure sprinters. Thursday is the next big GC test.