Lucinda Brand took the fourth and final stage of the women’s Tour de Suisse, a 98.5 km stage from Chur Lantsch to Lenz. With the win, Brand also secured the overall victory, edging out Kristen Faulkner and Pauliena Rooijakkers. Canada’s Olivia Baril finished eighth on the stage, ending up ninth overall. Baril had been riding consistently in each stage, always finishing in the top-15. The Canadian would also win the white jersey for best young rider, confirming her place as one of the top prospects in the women’s pro peloton

Stage four was a tough race, with a summit finish. To make things even tougher, the weather would play havoc during the day, with rain coming and going. Brand would take the jersey off of Faulkner’s shoulders after a crash in the final corner. 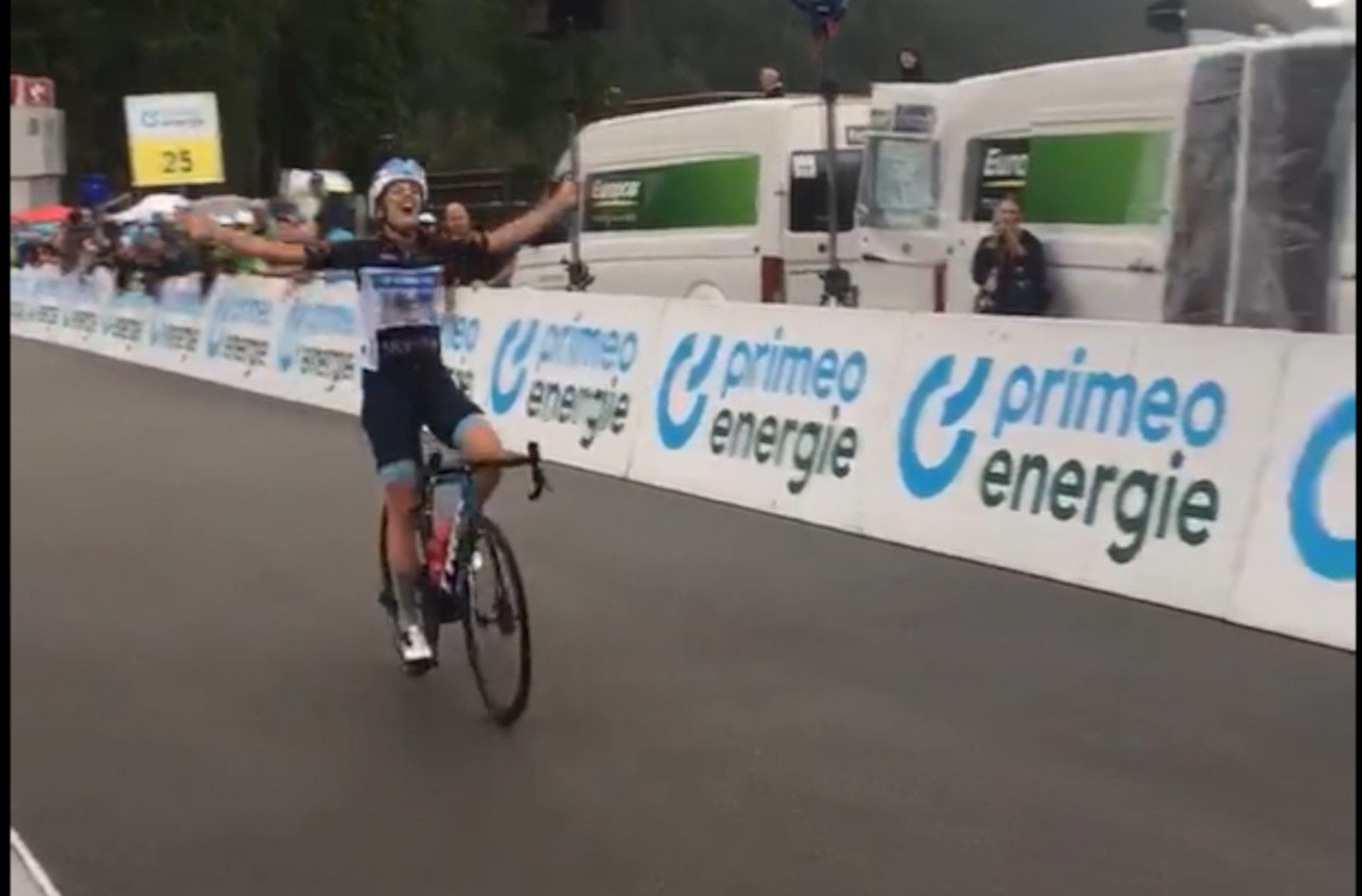 The American won Sunday’s time trial and in doing so, took a narrow lead at the Swiss race. The women’s race took place after the conclusion of the men’s. Just like their male peers, the peloton was decimated by COVID-19 outbreaks, causing multiple riders and teams to have to leave the race.