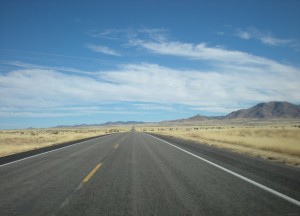 In November, many cyclists take break from regular riding, but they still have their sights on the upcoming year. While optimism may be high for what lies ahead, it is important to train smart. Don’t let your zeal lead you astray for your training.

A perennial question for the amateur rider is intensity or base? With the prevalence of power meters in today’s peloton and mainstream cycling, there have been new insights into training practices that are far more efficient and effective. Despite these advances, many still adhere to the classic training paradigm of logging the base miles.

The latest training theories emphasize the importance of intensity training as opposed to the classic periodization process that is base heavy in the off-season. “No one is saying that base work is bad; it is an essential part of the development of any endurance based athlete,” said Paulo Saldanha, the founder of PowerWatts Cycling. Typically cyclists overdo this aspect of their training. It’s both time consuming and after a certain threshold, it is relatively ineffective. “It is overdone because sometimes people don’t understand the rationale behind building an aerobic base,” said Saldanha. Context is everything. For example, younger riders need to build their aerobic capacities, which includes their cellular machinery and muscle fibre. Once these systems are built, they don’t need to be rebuilt year after year, but rather awakened, according to Saldanha. An experienced cyclist is better served by focusing more on anaerobic capacities than time-consuming base work. Classic periodization training also lacks versatility. A rider who trains mostly on base preparation will be unable to make the hard jumps required in a race scenario. There is a period of adaptation needed when building anaerobic capacities. Base training fails to provide an arena for those adaptation to occur.

“The majority of masters racers, and recreational cyclists, including gran fondo types who actually have a real job, with real families, have limited bandwidth to dedicate to their training and preparation. These people need to really focus on maximizing their training by making it quality instead of quantity,” said Saldanha.

It’s not that base isn’t an important component to training. But, if an experienced cyclist is looking to make gains in the coming season, in all likelihood he or she is better served to develop the anaerobic systems to get ahead in 2014.