In 2012, Ryan Roth (then with Spidertech powered by C10 now with Silber Pro Cycling) rode away from his escape companions and on to the win in one of France’s lesser known races, Tro-Bro Léon or the Tour of Léon. The race is helded in Brittany and is overshadowed by Paris-Roubaix that takes place a week earlier. It features 25 sections of unpaved road, often simple dirt or gravel cart tracks through fields along the rugged exposed northwestern coast of France. As a UCI 1.1 classified event part of the Coupe de France, the race attracts few big name foreign riders but has all the features of a great spring classic.

The race debuted on the professional calendar in 2000, Roth being last foreign-born rider to win the race. In the races 32 editions since beginning as an amateur event in 1984, only five foreign-born riders have won. Brittany is a cycling-mad region of France and though the races prestige has been growing in recent years, it has failed to attract any of the WorldTour spring classic stars whose last target is usually Paris-Roubaix which takes place the week before. Furthermore, the race is on the same day as the Amstel Gold Race meaning it is often overlooked by the start of the Ardennes campaign.

The 204-km race is unique in a number of ways. It brings riders along windswept coasts and along roads the Breton’s call ribinoù, a word with no direct translation to English that essential means anything unpaved from farm tracks, cobblestones to gravel roads. The course features 25 off-road sections making up almost 32-km of the race. The rugged coastal terrain that is prone to crosswinds has resulted in the race often being called Le Petit Paris–Roubaix or The Hell of the West.

Perhaps the most notable feature of the race is two winners are crownd on the day. Of course, the rider who crosses the line first and then the best placed Breton rider who receives a piglet (sometimes the same rider). In 2015 it was Alexandre Geniez of FDJ who crossed the line first with Benoît Jarrier of Bretagne-Séché Environnement coming second and being the races top-placed Breton. Martin Mortensen won the 2016 edition. 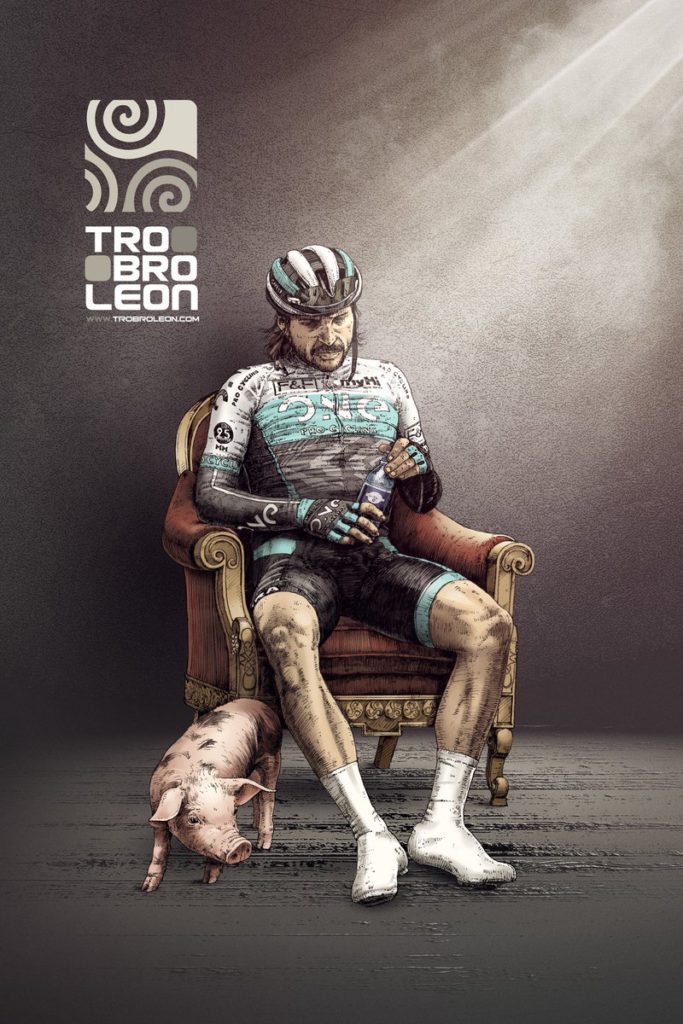 Two Canadians will be on the startline in 2017, Hugo Houle of Ag2R-La Mondial and Ben Perry of the Cycling Academy. Houle’s WorldTour team and FDJ are the only formations from the top division of men’s cycling at the 34th edition of the race.