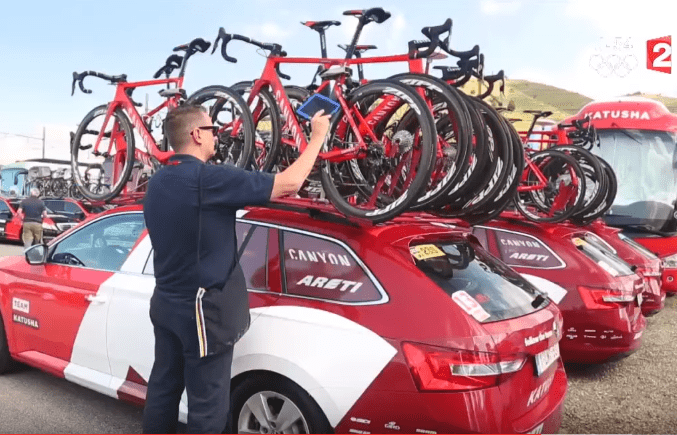 A few weeks after Stade 2 claimed they had found evidence of hidden motors at races with the use of thermal imaging cameras, the French television program have now accused a senior UCI official of tipping off others of police operations at last year’s Tour de France.

In a segment first aired on June 12, the French program have accused UCI technical director Mark Barfield of alerting Typhoon director Harry Gibbings about police investigations into the use of hidden motors at the biggest race in cycling. Typhoon are a Monte Carlo based bike maker that equip each of their bikes with the companies patented E-Assist Technology offering up to 250 watts of power.

RELATED: Cycling can be taking a toll on your eyes… but coffee drinkers are safe

Stade 2 spoke to a police officer Jacques Diacono who confirmed to the program that they were given information about the use of motors in the Tour de France around the 8 and 9 of June. The person who they were interested however could not be found when they went to investigate during the race.

The incriminating evidence is a series of email exchanges between Barfield, Gibbings and Stefano Varjas, a Hungarian engineer who has extensive experience working with bike motors. Varjas had previously appeared on the program showing samples of motors his company designs and in January 2015, Varjas signed a contract to work with Typhoon.

The first email reads, “Do you have a phone number I can all [sic] you on straight away, I’m sitting with French police who believe an engineer ‘Hungarian’ is visiting TDF today to sell a bike and visit teams, could this be your guy???” 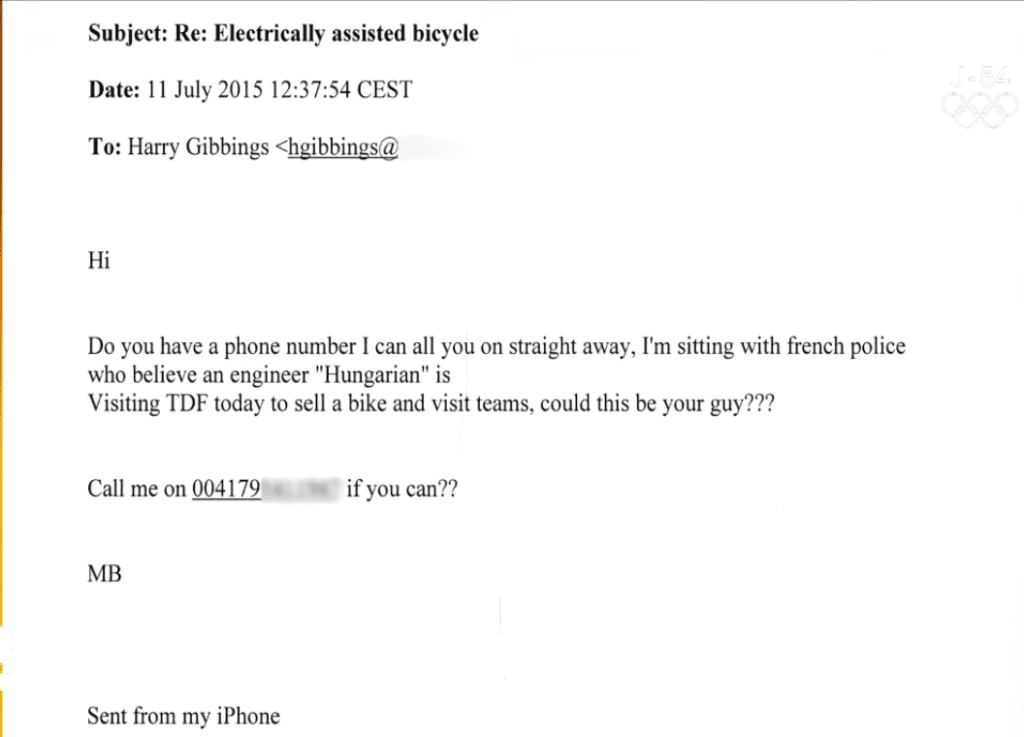 The email was sent on July 11 of last year, the Tour was on it’s eighth stage. The email also includes a number on which Gibbings is asked to call Barfield. The following day, Gibbings sent an email to Varjas in which he seemingly warns the engineer there is an investigation that has taken interest in him.

The email reads, “I was doing family stuff yesterday when this mail came in from a guy in the UCI so I didn’t see it until late in the evening. The French police have opened a file on ‘motor doping’ and will prosecute under ‘anti cheating’ laws. I have given no information on Stefano or any of the customers from the past only saying that Typhoon were happy to help in anyway possible to try and detect a similar system in racing bikes.

“My understanding is that I will be contacted again in the future. Nobody has asked me for the names of Typhoon’s engineers yet.

“Bill doesn’t know about this at the moment, but we are due to meet at some point today when I’ll have to tell him.

“I don’t need to tell you guys this is a very big and serious mess.

“As I get anymore information I will pass along to you.” 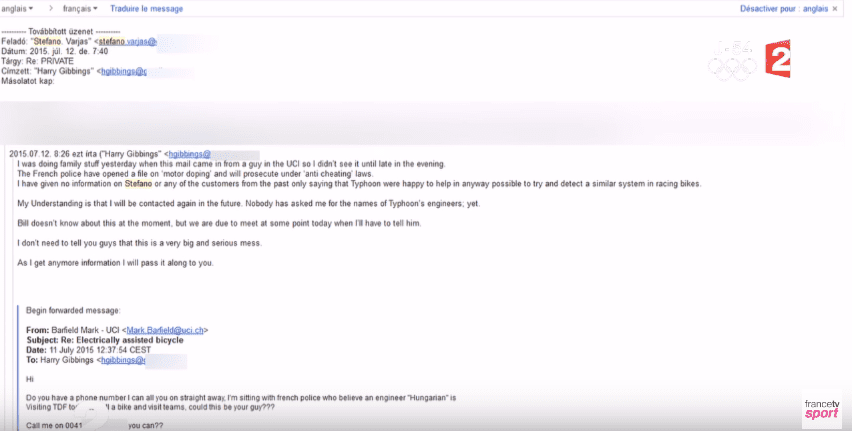 Varjas then left the race preventing the police from interviewing him on the matter.

On the fourth stage of the Critérium du Dauphiné, Stade 2 manage to speak with Barfield who confirms he sent the email. When questioned about why he was sharing information with a company that is not part of the UCI he said Typhoon was a partner and it was to help the police that information about the investigation was shared. However, the program says the police dispute this version of the events. 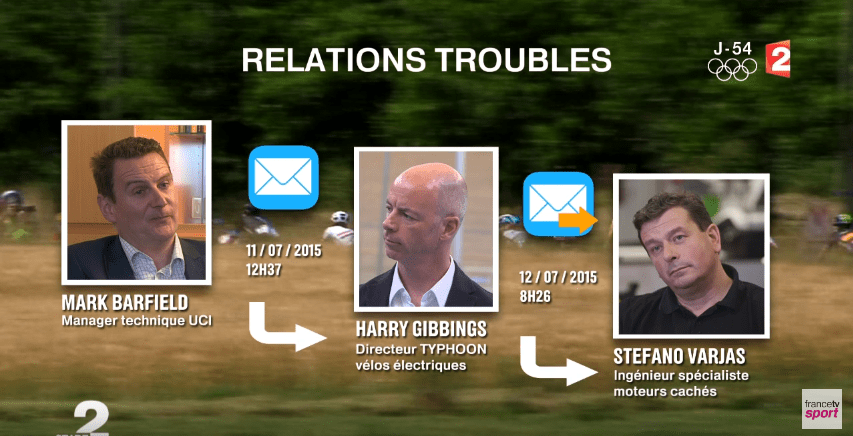 The program also confronted Gibbings about the email he sent to Varjas and he confirms he did send it. Gibbings says he phoned him before and Varjas told him he was not at the Tour de France.

In a statement, the UCI expressed confidence in their efforts to detect technological fraud and said they would investigate whether the emails were, “used in a way that no-one intended.” It also said, “The person interviewed in the Stade 2 report was among those consulted by the UCI in order to fully understand the technologies available and hence how to detect cases of technological fraud.”

Watch the full program in French below.