The Olympics have kicked off and Canadian cyclists are competing in the Tokyo heat. This weekend, the men’s and women’s road races captivated international viewers and had Canadians stying up late (or waking up early) to cheer on the six riders wearing the maple-leaf jersey.

Sunday, viewers got their first taste of the Olympic mountain bike event, with the men’s cross country MTB race. Meanwhile, back at home, the first Canadian mountain bike champions since 2019 were crowned.

Three Canadian men lined up for the grueling 234km road race. The hot day meant riders were frequently ridining back to the team car for bottles and ice. For Canada, Guillaume Boivin (who finished 65th) and Hugo Houle (DNF), were working for Micheal Woods, helping him stay hydrated and well positioned.

Woods has been targeting the Olympics for the past few years. The course suited him well and he performed impressively, finishing fifth in a final sprint. Read more…

Karol-Ann Canuel, Alison Jackson and Leah Kirchmann all competed in the women’s road race, which started late Saturday night. The underdog win made for an exciting turn of events. Canuel finished first out of the Canadians, coming in 16th—2 minutes and 20 seconds after Anna Kiesenhofer. Jackson, who was a last minute addition to the team, finished 32nd +7:02. Kirchmann finished with the same group as Jackson, coming in 36th overall. Read more…

Canada had a single men’s mountain bike spot in the 2021 Olympics, which went to Peter Disera, of Horseshoe Valley, Ont. Disera got the chance to compete in his first Olympics late Sunday night (or very early Sunday morning for East coast fans.)

He finished 26th, waving as he crossed the line. Read more…

After a thrilling weekend of racing, with large crowds and an extremely challenging course, the national downhill championship wins went to Finn Iles and Casey Brown. Read more… 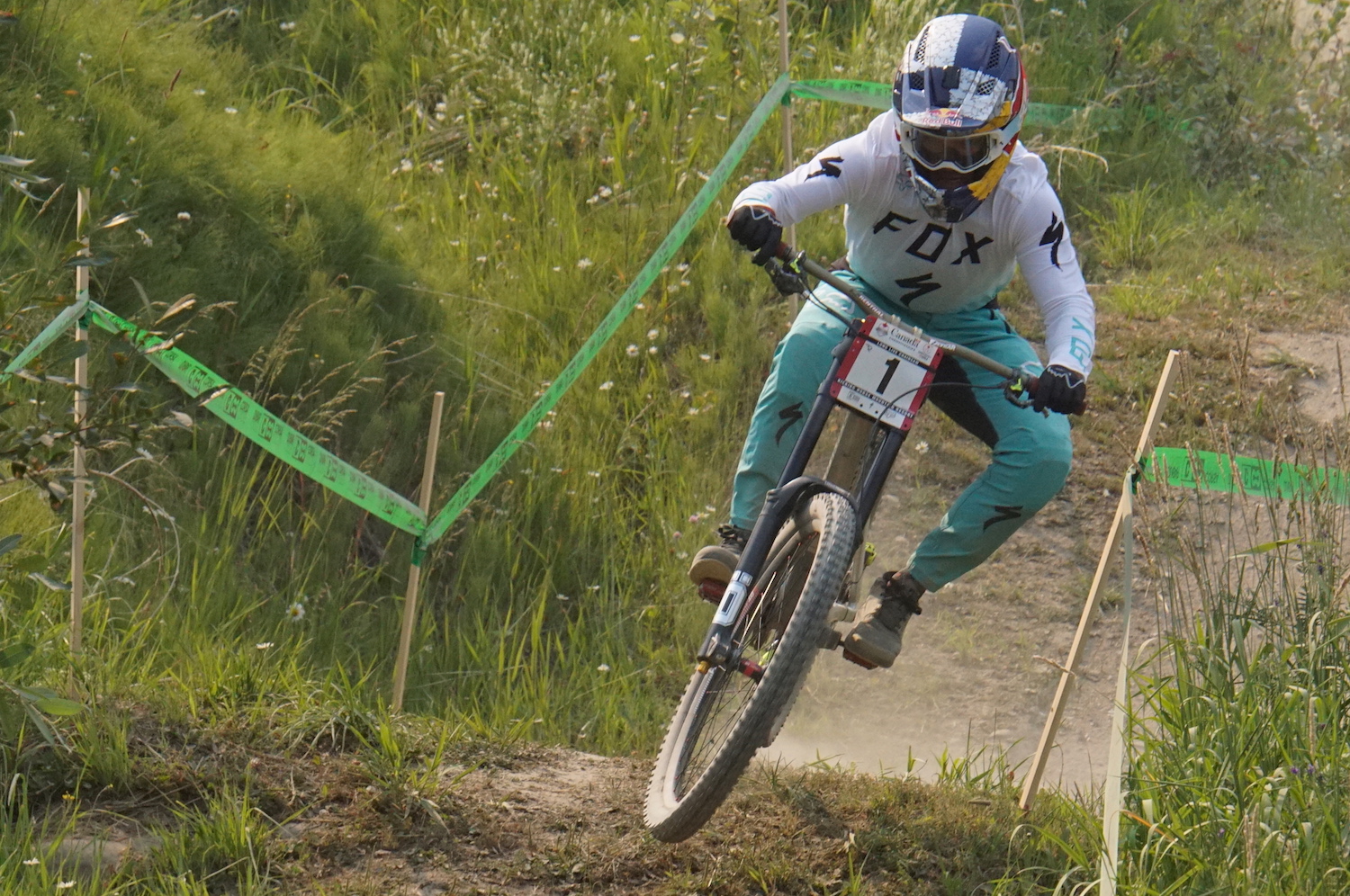 Iles held on strongly to his top position, but Mark Wallace who finished second, came close to challenging him. In an impressive display of sportsmanship, Wallace stopped mid race-run to help when the rider starting before him fell hard in the woods. As a result, Wallace and four other riders were granted re-runs. 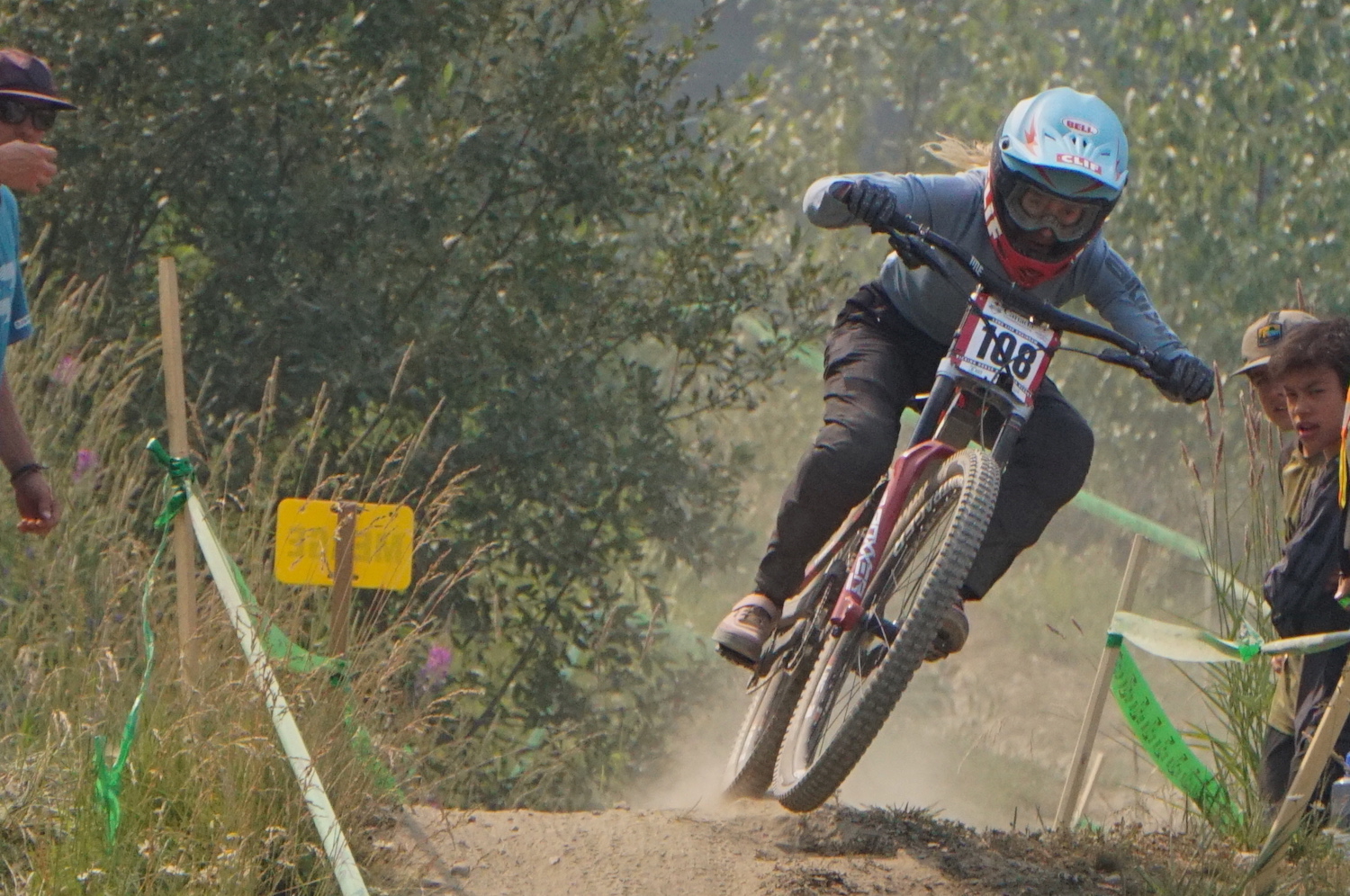 Brown, Miranda Miller and Vaea Verbeeck all returned to their downhill roots at Kicking Horse.  Known most for her freeride accomplishment’s more recently, Brown has a long history in downhill and Enduro World Series racing, which the Revelstoke, B.C. rider clearly hasn’t forgotten.

In the junior women’s race, Emmy Lan won by a solid margin, adding to her two junior women’s Canada Cup wins. On the men’s side the victory went to Squamish, B.C. junior Jackson Goldstone, who also won his first World Cup earlier this year.

Tegan Cruz landed the under-17 men’s national championship title. The women’s under-17 went to Joy Attalla, who raced (and won) her first downhill just a week ago at her home Canada Cup round. Days later, she won the u17 Canada Cup in Panorama.