as told to Tara Nolan

Ever wonder what it’s like to ride thousands of kilometres, start a bike brand or nail a new technical mountain biking skill? Here are a handful of bike enthusiasts who have accomplished large, and some not so large, goals related to the sport. Their great tales may inspire you to take on new bike-related challenges. 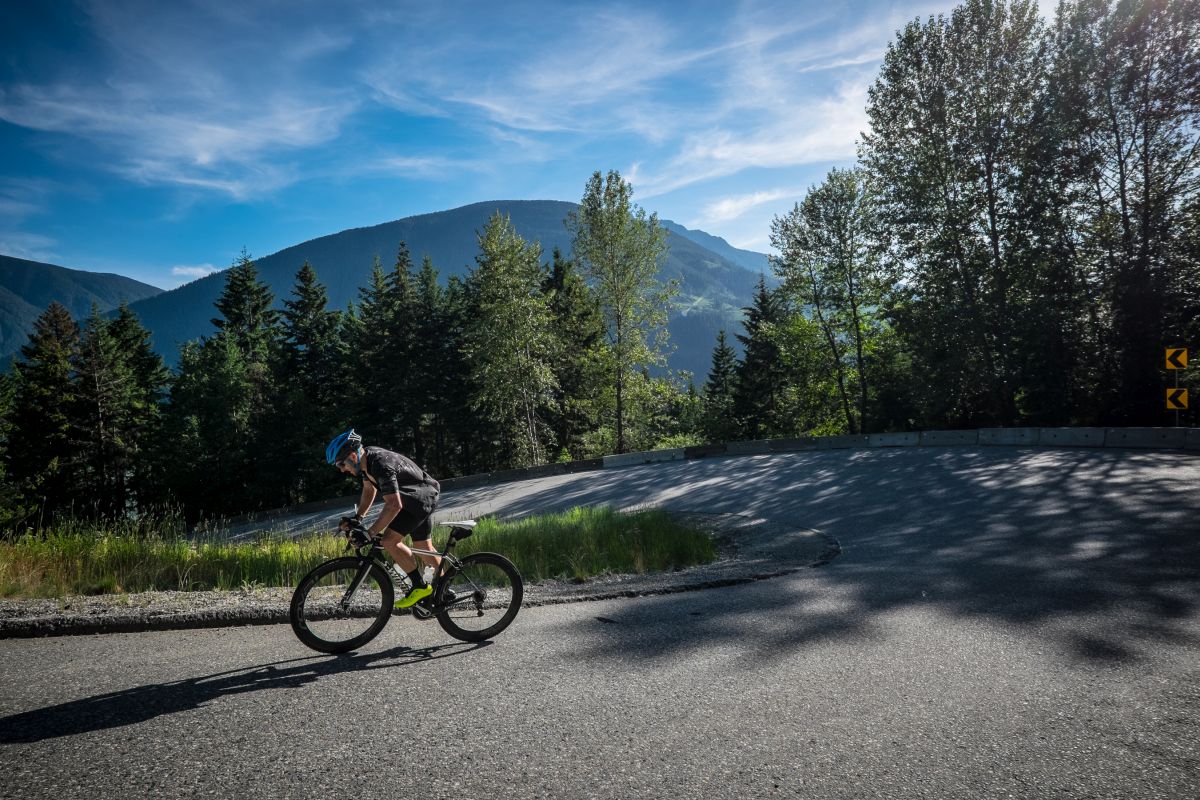 Everesting is simply riding up and down the same climb until you reach the elevation of 8,848 m (the summit of Everest). The climb can be short or long and any grade, but that will dictate how long, how many repeats and essentially how difficult.

I was sitting next to Andy van Bergen (of Cycling Tips and the man who has made Everesting a thing) in a Specialized van on the way to ride what was then the new Tarmac. We got talking and he mentioned this Everesting thing. After he explained what Everesting was, it wasn’t a matter of ‘if,’ it was just a matter of ‘when’ and on what climb. It had to be one no one had done before to make the Everesting hall of fame.

I immediately had a climb in mind that would more than fit the epic bill, but it would include flying internationally and a bunch of other logistical challenges. It was only after we moved to Canada from Australia in 2015 and we were driving back from Silverstar to Whistler via the Duffy that I found my climb (after searching and finding that no one had Everested it). The Duffy is a beautiful, challenging climb that wouldn’t mean loads of reps and it was just down the road.

To be honest, I didn’t do anything specific to prepare. I had come out of a stint with adrenal fatigue and was finally strong and healthy again. I wanted to do something challenging. I did want to do the Tour Divide; I had bought the gear, but due to our visas, we couldn’t leave Canada at the time. I was just riding my bike, and doing a bit of mountain biking and some trail running.

I nearly cancelled due to the tragic accident that happened the weekend before. Whistler locals Ross Chafe and Kelly Blunden were hit by a drunk driver on the very climb I wanted to Everest. But in the end, they would want people to ride on. The first laps in the dark flew by and as the sun came up and I saw the memorial, it was very sobering. I was filled with deep gratitude that I could do what I was doing so the challenges of the day were minuscule compared with the challenges that Ross and Kelly’s families were going through. The only physical challenges I had were about the eleventh hour, I had to deal with some major quad cramps, but I sorted them out with some magnesium and I got it done.

I like to do something epic each year – something that puts me out of my comfort zone. I would like to do a running Everest and I have the trail. It will be brutal. On the biking front, Tour Divide is still on my radar, but right now it would be hard to miss shredding with my son – those young years are flying by. Maybe we do the Everest as some manhood training when he is a bit older.

This a part of a seven-part series that first appeared in Dec. 2017/Jan. 2018 issue of Canadian Cycling Magazine.