Captain Kirk of the USS Enterprise is a big proponent of e-bikes. Canadian actor William Shatner who became a cultural icon for his role in the Star Trek franchise continues to stay fit into his late eighties because of his love for staying active. At 87-years-old Shatner, continues to compete in horse riding events and enjoys pedalling around on his e-bike with his wife and family near his Los Angeles area home. 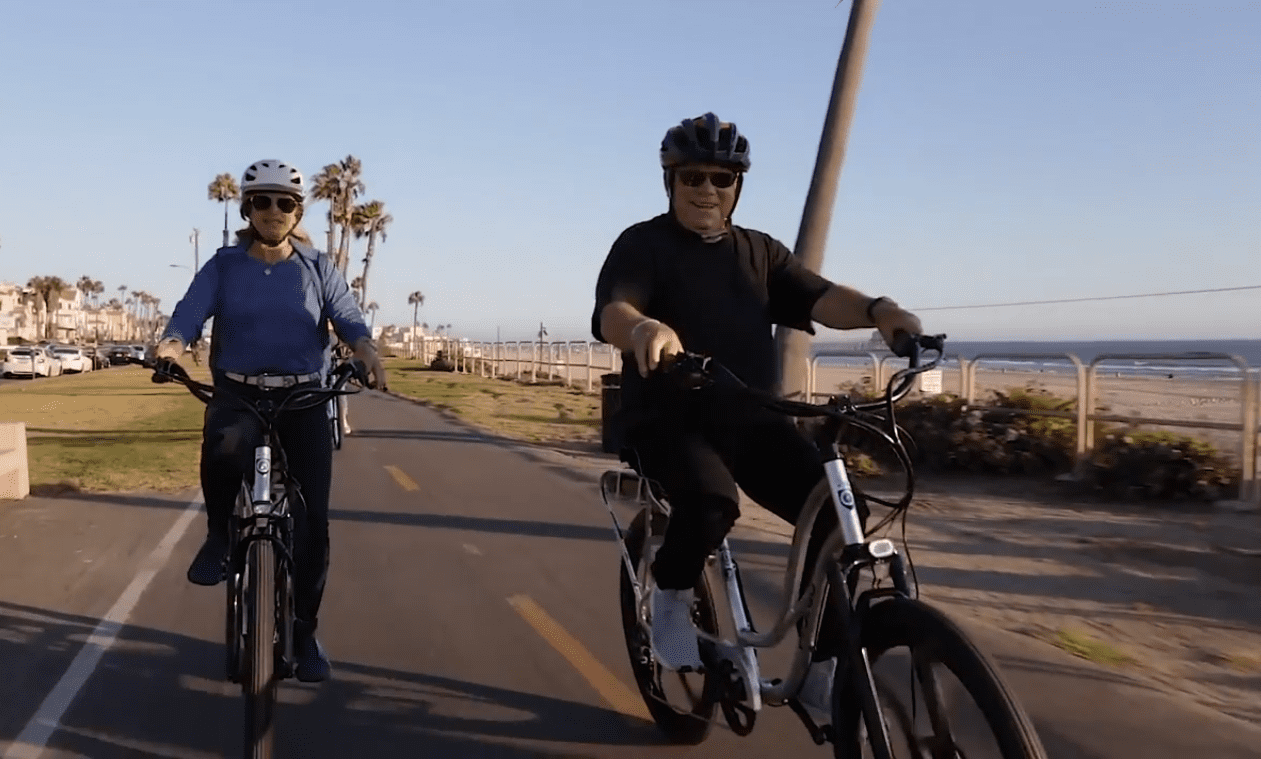 In a recent interview with the LA Times, Shatner spoke about the activities he uses to keep fit and how it contributes to his continued creativity and good health. “Lots of work — and lots of exercise. I always made fitness activities a part of my everyday life,” Shatner said about staying in good health.

Shatner attributes his acting career to making him health and fitness conscious. “I got my motivation to work out from acting. As an actor, you have to be able to run and jump and do a fake fight, which can be a lot of exercise in itself. And then you always want to show some muscle and abs and stuff like that,” he said.

That instilled a regimented routine into his habits which continue today. “So I had to stay fit — and that required me to get up in the morning and do some exercise. Since my 20s, I’d be in a swimming pool and working out four, five times a week — swimming, running, doing resistance exercises with my lower and upper body,” Shatner explained.

“So I’ve always used the pool for exercise. Then, in the last two years, I’ve done something new that has added immensely to my fitness and quality of life: bike,” he said.

Shatner uses a Pedego electric bike to get out on two wheels and has high praise for the technology. “Electric. An electric bike. It is magic.”

“I’ve had lots of bikes over the years — my kids too. But two years ago, after reading a story about electric bikes, I went down to the Pedego store on Lankershim Boulevard and bought one for my wife and I, ” Shatner said about getting into e-bikes.

Supporters of e-bikes point to the fact they get people out on bikes who otherwise might not ride and Shatner appears to be a testament to that.

“We started doing long rides — 20, 30 miles. Last Sunday, we did 20 miles on Irvine’s bike trails. I live in the hills of the San Fernando Valley, so going up a hill on a bike is meaningful and emotional — giving you a good day or a bad day,” he explained. “Well, with the electric assist, every day is a good day! The e-bike got me outside and got me fitter. Going up the hills is not a problem. I’ve got an arthritic back from all the horseback riding, my muscles are tender, yet I go back to my car when the bike ride’s over and I feel perfect.”

Shatner thinks an e-bike really can contribute to getting people out. He suggests an electric trike for those who aren’t confident in their stability on a traditional two-wheeled bike. “An electric trike gets you out. Suddenly you’re seeing neighbors, riding to the grocery store and giving the bird to cars,” he said.

Even with electric assist, Shatner maintains, “I’m pedaling my ass off, man!”