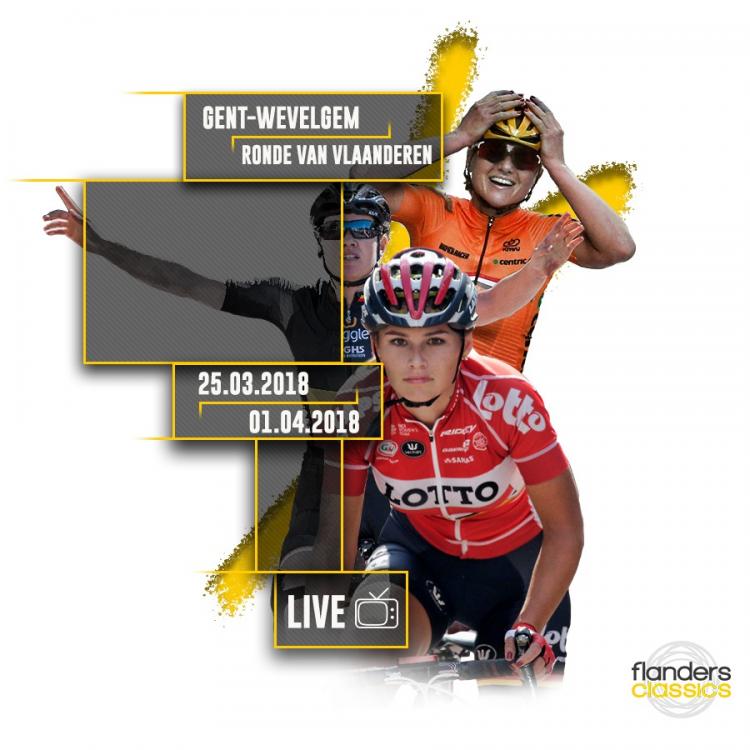 Both Gent-Wevelgem and Tour of Flanders are part of the UCI Women’s World-Tour calendar this year. Organizers cite the success of last years Tour of Flanders broadcast on Proximus TV and via live-stream as part of the reason for the expanded coverage in 2018. The step forward still has one qualification, though, as the press release states the women’s Tour of Flanders final being live broadcast is still dependent on what is happening in the men’s race running at the same time. Ruben Van Gucht will provide commentary for both races.

Adding the live broadcast isn’t the only change in store for the women’s Classics in 2018, though. For the first time, Omloop Het Nieuwsblad will introduce the participating women’s and men’s team at the same time at the opening ceremony at the Kuipke in Ghent. The women’s start has also been moved to the same location on Emile Clauslaan as the men’s race, and will feature the same half-paved “Plugstreets” as the men’s race.

There’s also a new date on the calendar, sort of. Brabantse Pijl will have a women’s edition in 2018, to be held on 11 April. It will be a first for the race in the Flemish-Brabant municipality of Gooik. While it is the first time there will be a women’s Brabantse Pijl, the race was formerly known as the Pajot Hills Classic.