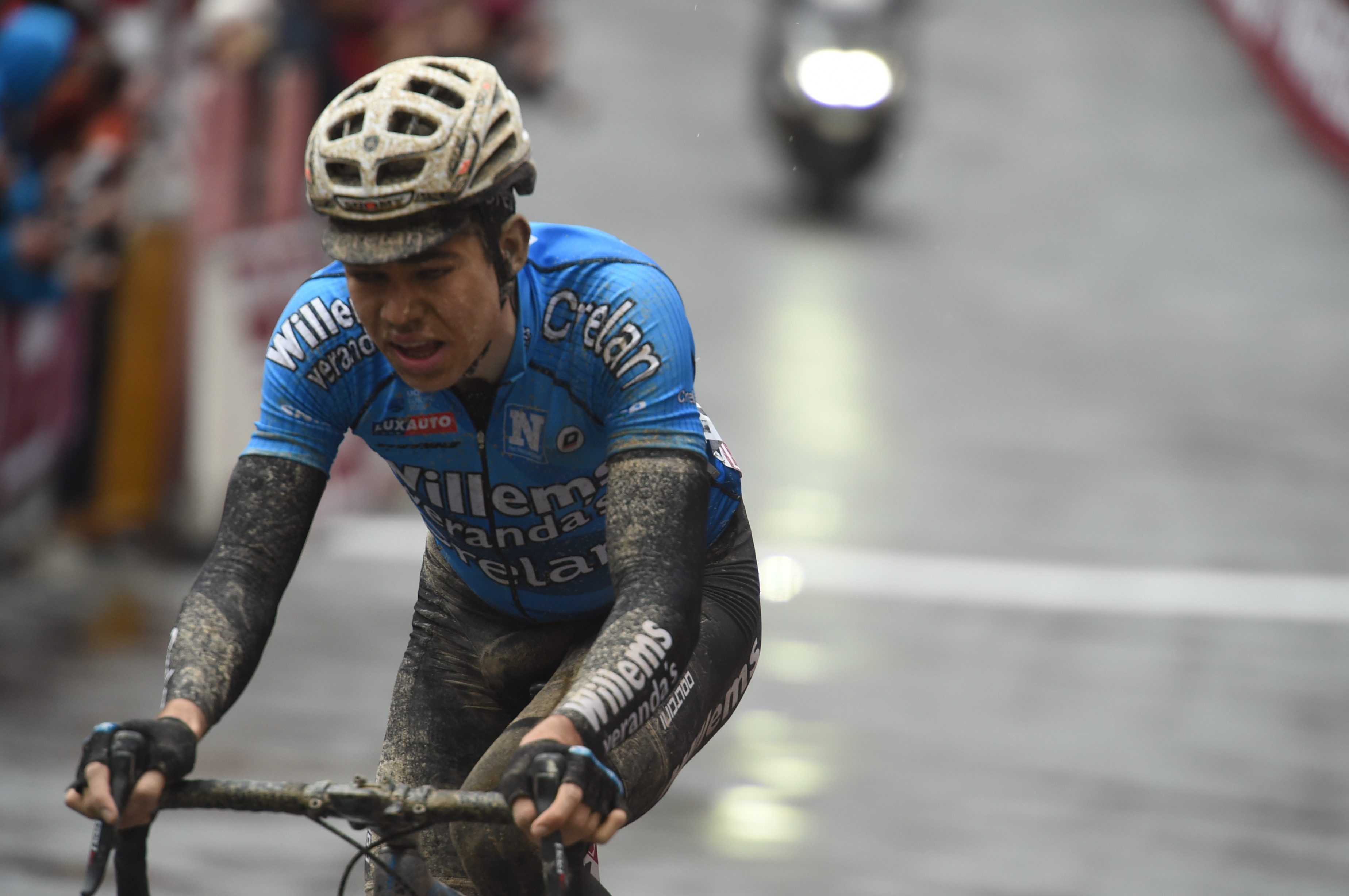 The mystery to where three-time cyclocross world champion Wout van Aert will ride in 2019 remains. One thing is for certain, it won’t be with his current Veranda’s Willems-Crelan team who are set to merge with Dutch team Roompot.

After a world championship title defence in cyclocross in February, the 24-year-old had a breakout season in the Spring Classics on the road with third place at Strade Bianche, and top-10s at Gent-Wevelgen and the Tour of Flanders as well as 13th at Paris-Roubaix. His promise on the road has continued this summer winning the Tour of Denmark and placing third at the European Championships in Glasgow.

Late on Monday, Sniper Cycling, the organization that owns Van Aert’s Veranda’s Willems-Crelan team announced that Van Aert’s contract for 2019 had been unilaterally terminated. Sniper Cycling had prematurely announced a merger with Aqua Blue Sport but that deal fell apart.

Sniper Cycling then announced they’d be merging with Dutch UCI Pro Continental squad Roompot but all indications where that Van Aert was not pleased with the developments and direction being taken by his team’s management.

In an effort to retain Van Aert, Sniper Cycling offered him an improved contract for 2019. “Van Aert did not accept this proposal and has opted to terminate his contract unilaterally with immediate effect. The team management regrets that decision,” Sniper Cycling announced in a statement on social media. The team says the matter is now being handled by its lawyers.

The departure from his current team opens up the possibility he will join LottoNL-Jumbo for 2019 having already signed a contract to ride for the team in 2020.

Van Aert will be racing the UCI World Cup rounds in Waterloo and Iowa city on Sept. 23 and 29 respectively.