Spectating the mountain bike world championships at Mont-Sainte-Anne is no spectator sport. Running back and forth across the sprawling course can leave you tired. Be prepared. And bring snacks. The course runs east to west across the face of the mountain. If you want to see all the best spots (and you do), you have to be ready to move, quickly.

Whenever I’m at World Cup at Mont-Sainte-Anne (the worlds will take many cues from the annual event held about an hour’s drive northeast of Quebec City), I like to begin each race at the start line as the racers assemble in rows beneath the banner. It’s cool to see how many fans gather ready to cheer on their favourites. Don’t worry too much about getting close to the riders here as you’ll soon want to get to other parts of the course ahead of the crowds as best as you can. As racers blast away from the start, head west.

Racers have a short start loop to complete, which gives you time to get over to the legendary Beatrice. A jumble of boulders are strewn on a downhill that comes out of a rocky, tight corner above. A secondary B line runs below the main descent, though now it’s mostly ignored by the elite riders. Even on the latest slacked-out XC race machines, the Beatrice is formidable, and not everyone makes it through smoothly. It is a testament to the difficulty of XC racing on one of the most technical courses in the world. 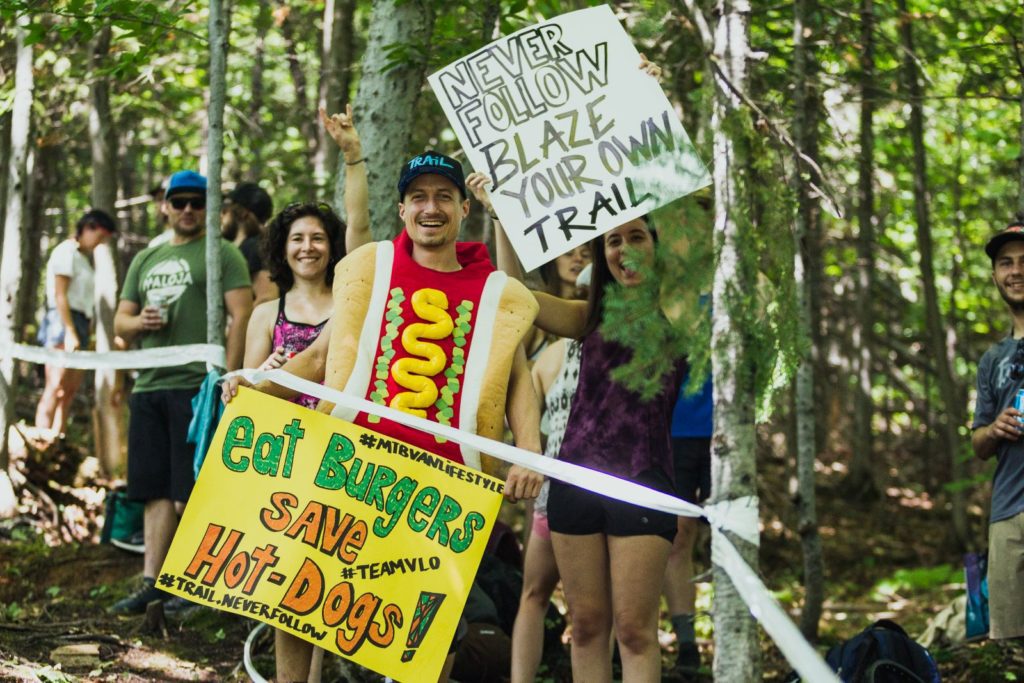 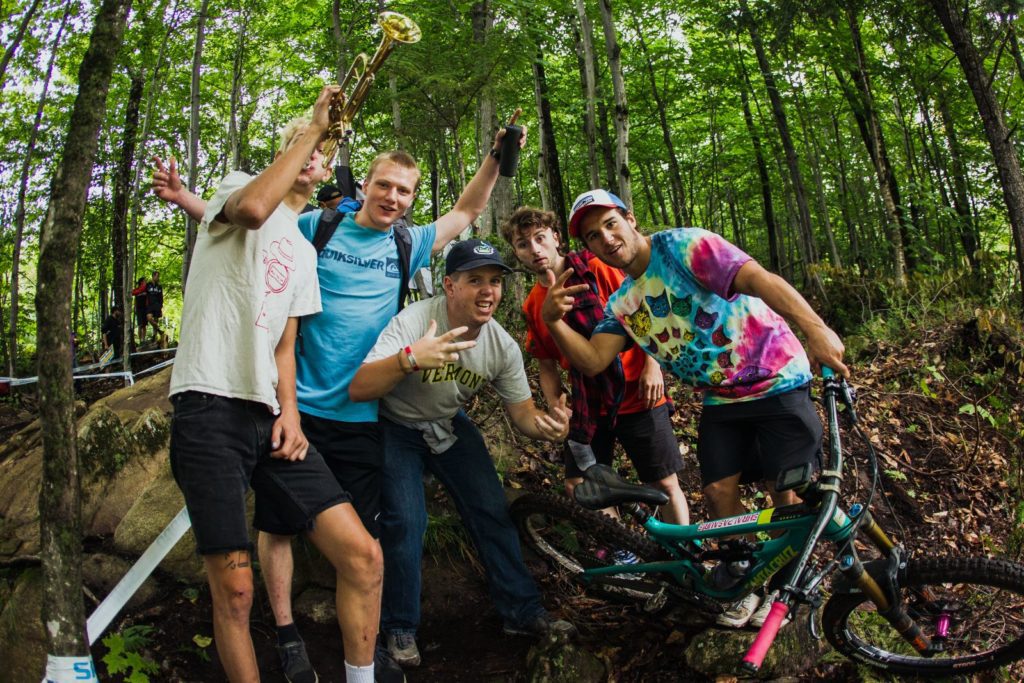 The stoke is real at MSA. Photo: Matt Stetson 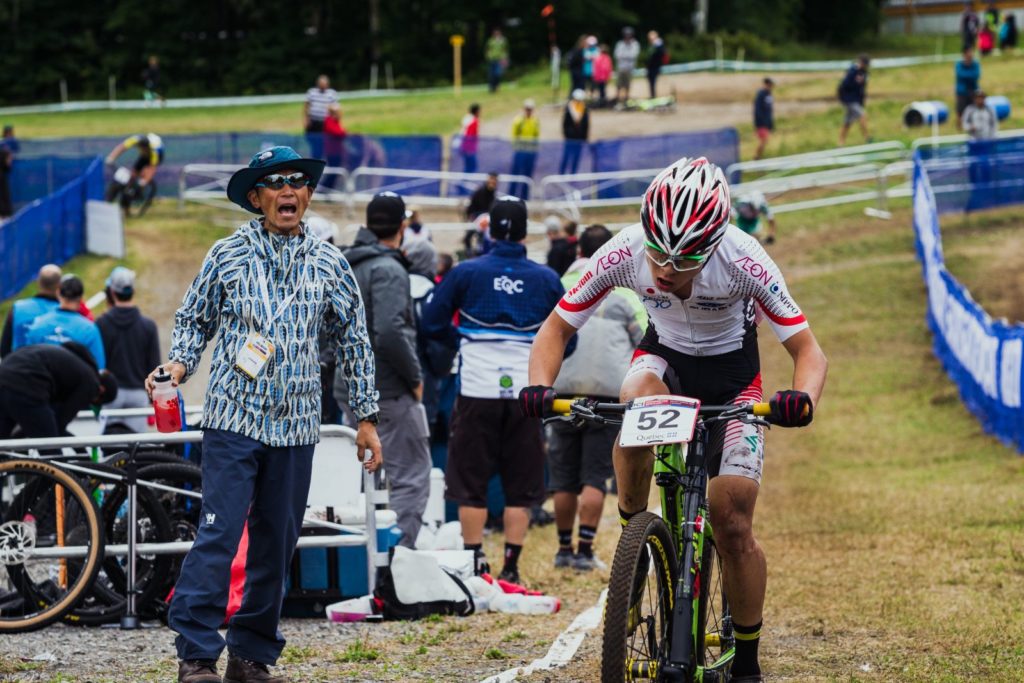 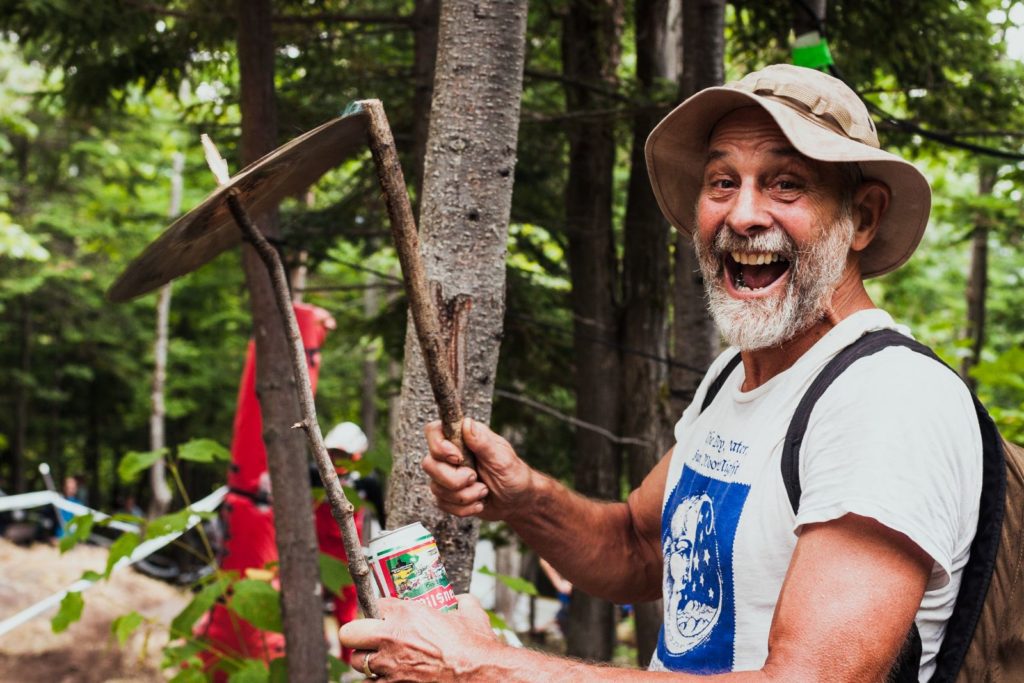 The more noise you make the better. Photo: Matt Stetson 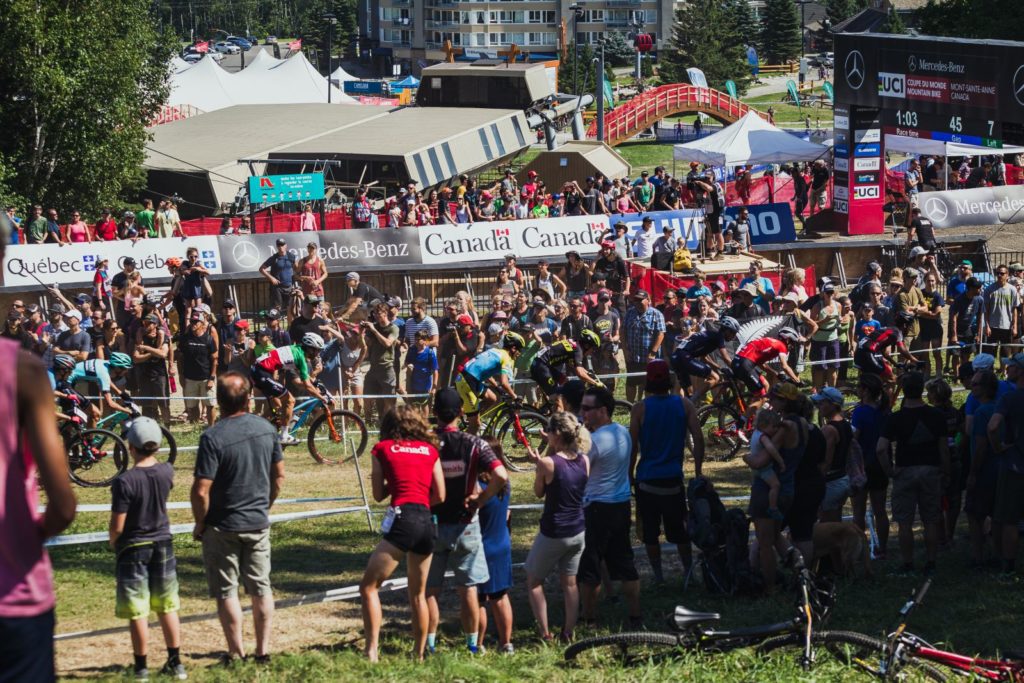 There's no shortage of vantage points at the base of the hill. Photo: Matt Stetson 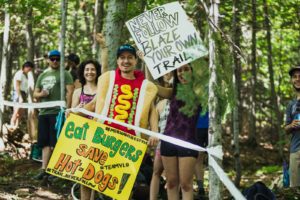 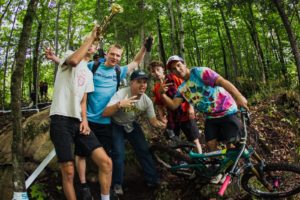 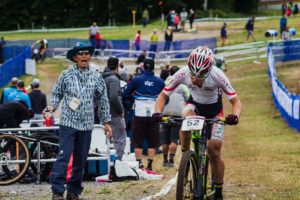 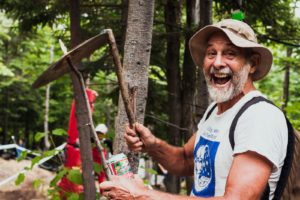 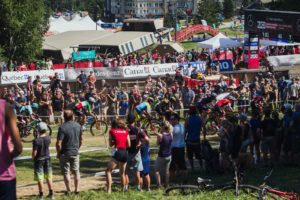 If you want to catch the Canadian women on the Marmotte climb, you have to hustle to keep up with the top 10. Marmotte seems styled after the curve of logistic growth you might have studied in high school math. It gets steeper until finally relenting at the top – sort of – when riders continue to climb through a series of switchback corners. Adding to the gradient, the hot sun makes the climb even more punishing. When you cheer from the other side of the tape, opt for something more personal than “up, up, up,” but whatever you do, cheer loudly. The Marmotte is also a great place to keep tabs on split times. Coaches often use this location to update their riders, giving gaps in seconds to encourage their athletes. It was at this spot last year that I spoke with national team coach Dan Proulx about Haley Smith. She rode to a then-career-best eighth-place finish. She went on to claim sixth place at worlds in 2018. This year, she notched a third-place result at the Nové Město World Cup.

By the midpoint of the race – if you can’t count laps, watch the time as most races last between an hour and a half and 1:45 – racers and bikes are taking some severe punishment. It’s the perfect time to head over to the tech and feed zone. There’s a flurry of activity as mechanics race to fix any problems with the bikes, and support staff hand off bottles to riders.

For the final few laps of racing, I start doing my own laps between these locations. Watch the time and keep an eye on the lap counter at the finish arch near the tech zone–you don’t want to miss the end of the race. Try to get to the finish area with one lap to go. There’s a nearby place to grab a cold drink and a snack. Your last big decision before the lead riders come into view of the finish is between the following options: smush in against the barriers lining the racecourse to reach out for high fives or pick a shady spot on the hillside to watch the action from above.

For the downhill races at Mont-Sainte-Anne, there’s a different set of challenges for spectators. Dressing for the event, for example, can be tricky. Down in the finish area, it is almost always hot and muggy. After riding up the gondola – which often doubles as a sauna even with the windows open – you disembark at the summit into cool winds, or even among low-lying clouds. Being prepared for all of these possibilities is a critical first step to watching the athletes race.

Going to the top of the course is a must-do for anyone new to the MSA experience. If it’s sunny, you get an incredible view across the St. Lawrence River to the south. If it’s not, well, I hope you have a good jacket. A cowbell or other noisemaker is also vital equipment.

Racers start in reverse order, with the fastest riders racing last. By getting to the top as the first riders start, you can work your way down the course slowly in time to see the crush of fans waiting for the world’s best to arrive at the line.

Along your way down, make a few stops. Although not a huge technical challenge, there’s a wide-open section on a ski run where the best riders hit top speeds of about 80 km /h, before hammering on the brakes and diving into the next sequence of turns.

Throughout the past few years, course builders have added more technical rock sections in the woods, demanding riders work hard for nearly all of the four minutes and change they take as they blast down the mountain. Poor line choice comes with consequences.

Take in the massive senders and the blind Steve Smith drop on the ski run under the gondola. The whole area gets noisy with chainsaws revving and various broken bike parts being smashed together in a gravity-and-adrenalin-inspired frenzy.

Near the bottom part of the course, racers get tired and mistakes can happen. When MSA last hosted worlds, in 2010, Steve Smith blew past me through a janky rock garden and over a drop. He was too far forward on his bike, neither foot on a pedal. Somehow he regrouped and blasted into second place. Canucks to watch out for this year include Finn Iles, who was fourth at the Fort William World Cup, and Mark Wallace, who was 11th at Leogang.

Work your way to the step-down and huge gap into the finish area. It will be crowded, loud and full of downhill devotees. Keep an eye on the hot seat in the finish area where previous finishers watch to see if their times will hold.

Once it’s all done, with all the rainbow jerseys handed out, there’s nothing left but the party.