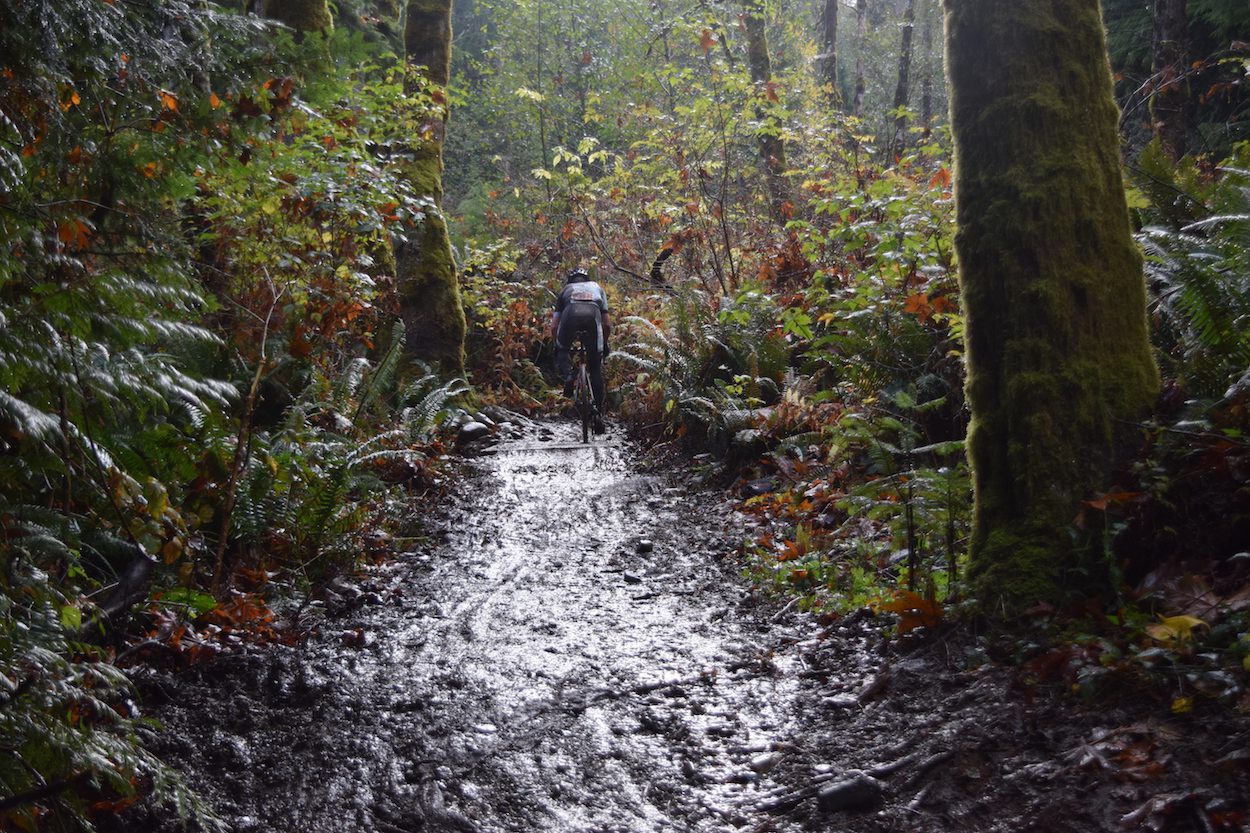 Singletrack, sand, a dock, steep chutes, stairs and calf-deep mud. If there’s any discipline of racing you can expect to ride through all six of these features in an hour of racing, it’s cyclocross.

If there’s one Canadian cross series more likely than other’s to cram all of that into one race, it’s probably Cross on the Rock. 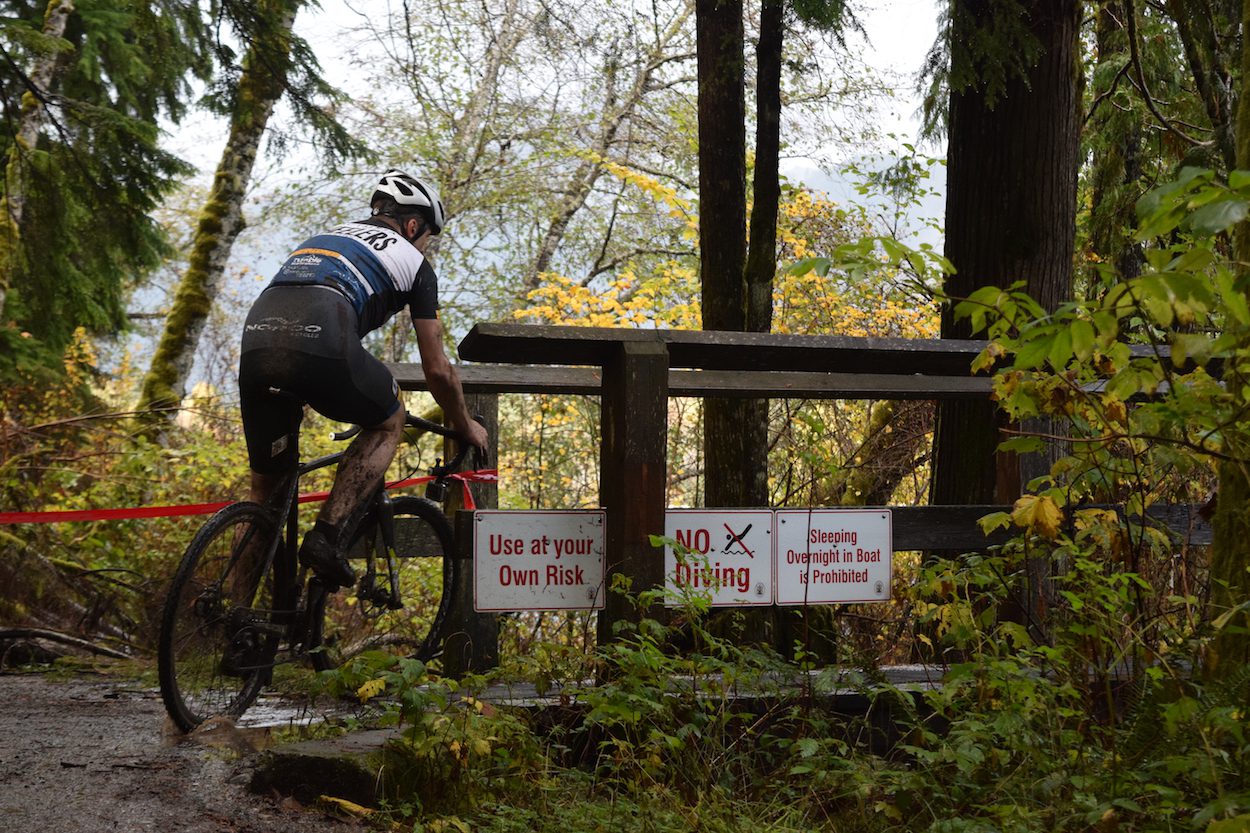 The Vancouver Island cyclocross series unveiled a brand new venue over the weekend at Cross on the Rock Psycho-Cross. Designed by the weekend’s event sponsor and hosts Cowichan Cycles, the course ran along side and, in one section, over top of Lake Cowichan.

Cross on the Rock always seems to welcome, or test, new venues with the toughest conditions. As with Cross on the Common’s debut last season, Psycho-Cross was greeted by an on-and-off deluge of heavy, West Coast fall rain. Deep ruts and deeper mud pits quickly formed all around the course leaving racers hunting for elusive traction. 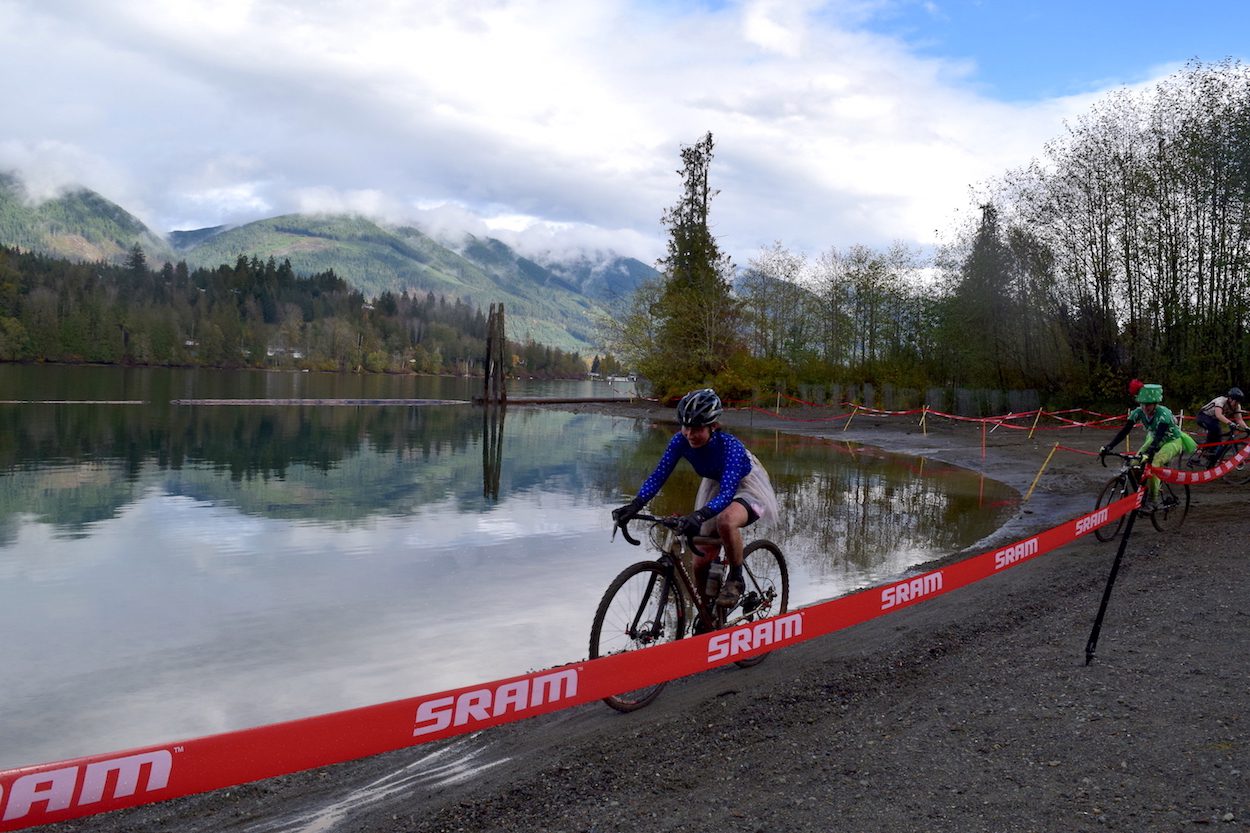 Cross on the Rock has build a reputation among B.C. racers for course features that might be considered unorthodox elsewhere. Even for those familiar with the series’ penchant for the unpredictable were surprised when the course, after flirting with the shoreline through several sandy sections, extended out onto Lake Cowichan via a 100m long stretch of dock. It’s a testament to the abilities of local racers that not a single racer crashed on the steep entry ramp or fell in the lake trying to overtake other riders. 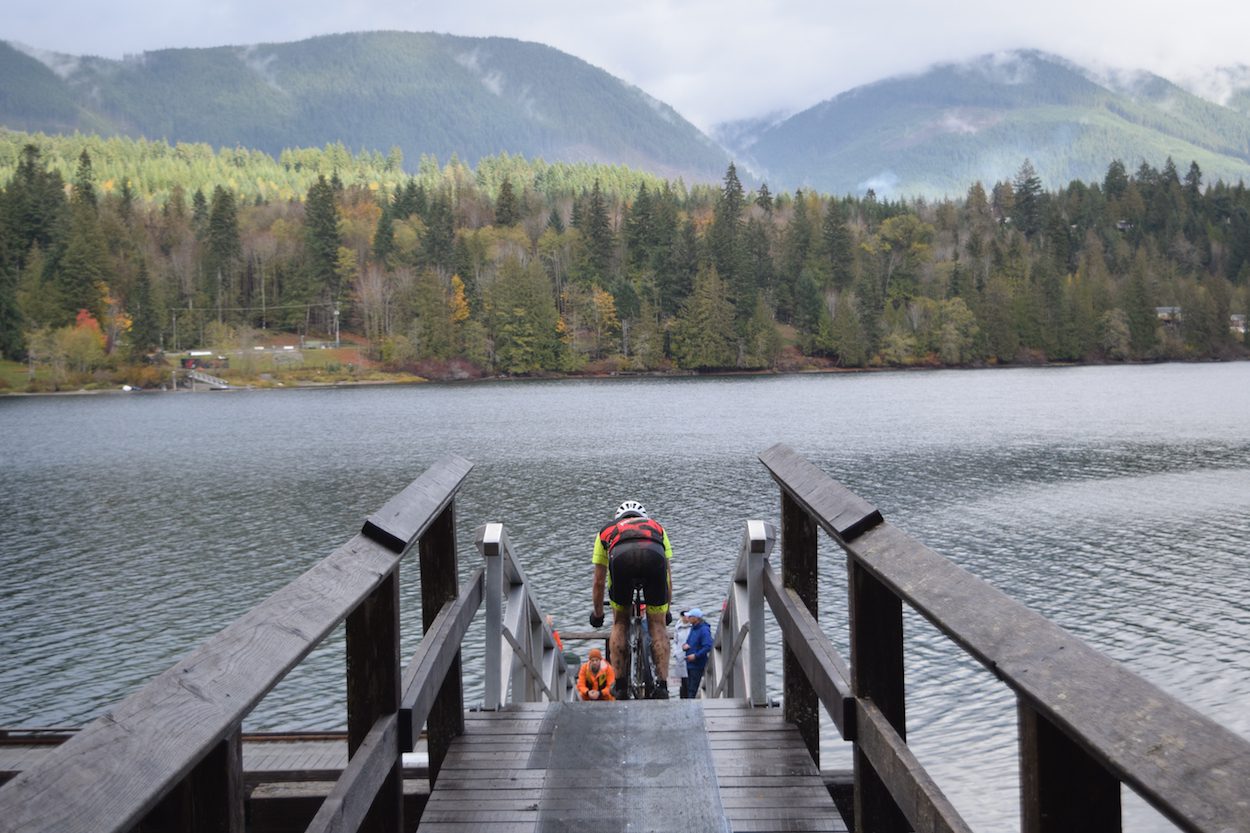 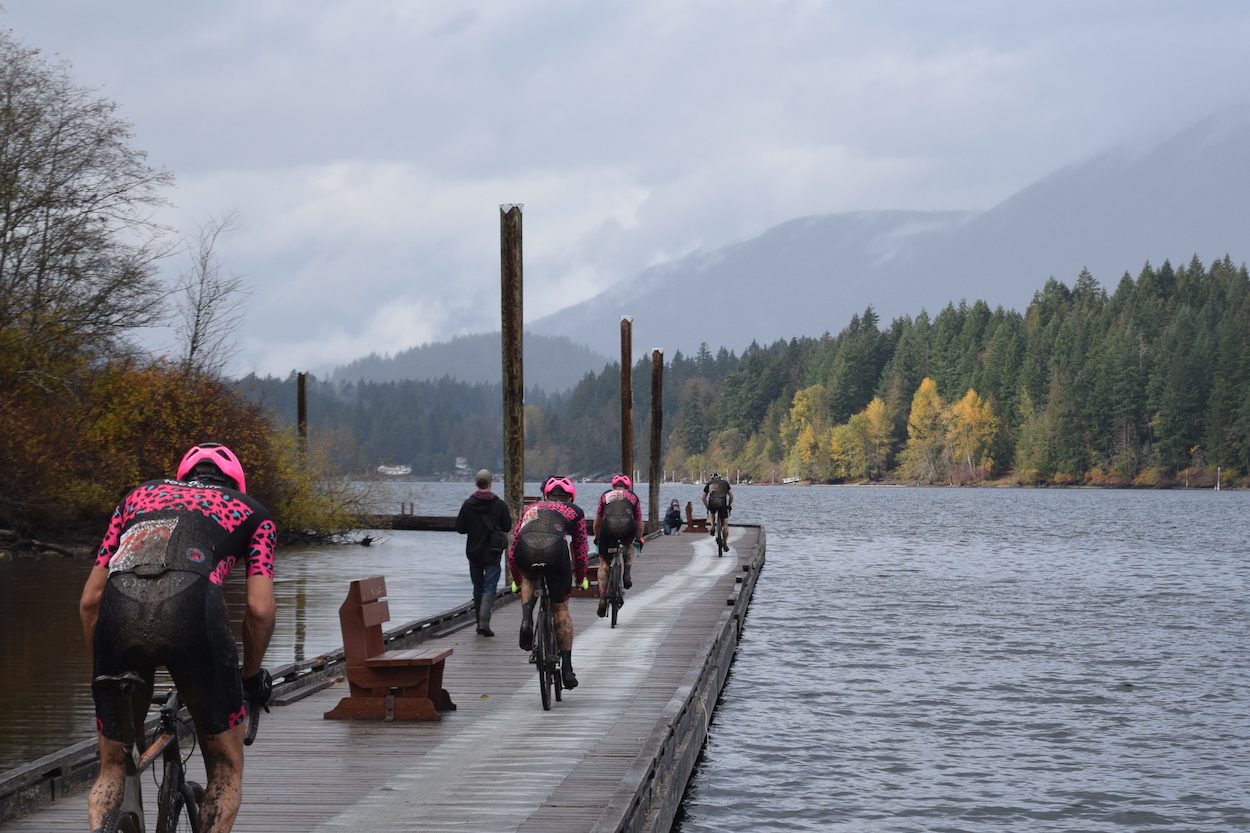 Like at several other events across the country, many racers celebrated Halloween at the race by dressing up for their race, or to cheer on the following races. The deep mud combined with elaborate outfits to add an extra technical challenge for the costumed racers, as dresses, duck outfits and capes bogged down with a thick layer of liquid dirt.

In the end, 291 of the 314 starters fought through flat tires and crashes to make it to the Cross on the Rock Psycho-Cross finish line. There, coffee from local roasters Back and White Coffee waiting, free of charge for anyone still wearing their costume. 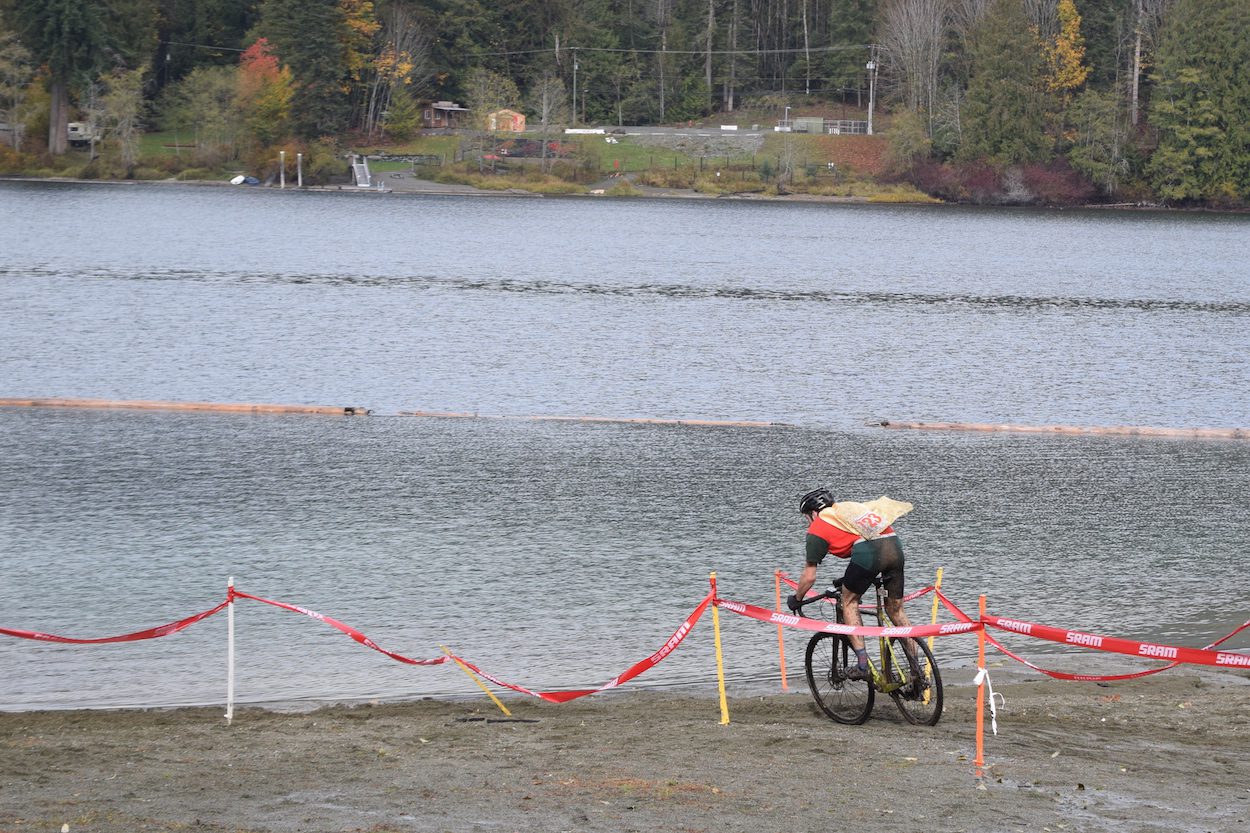 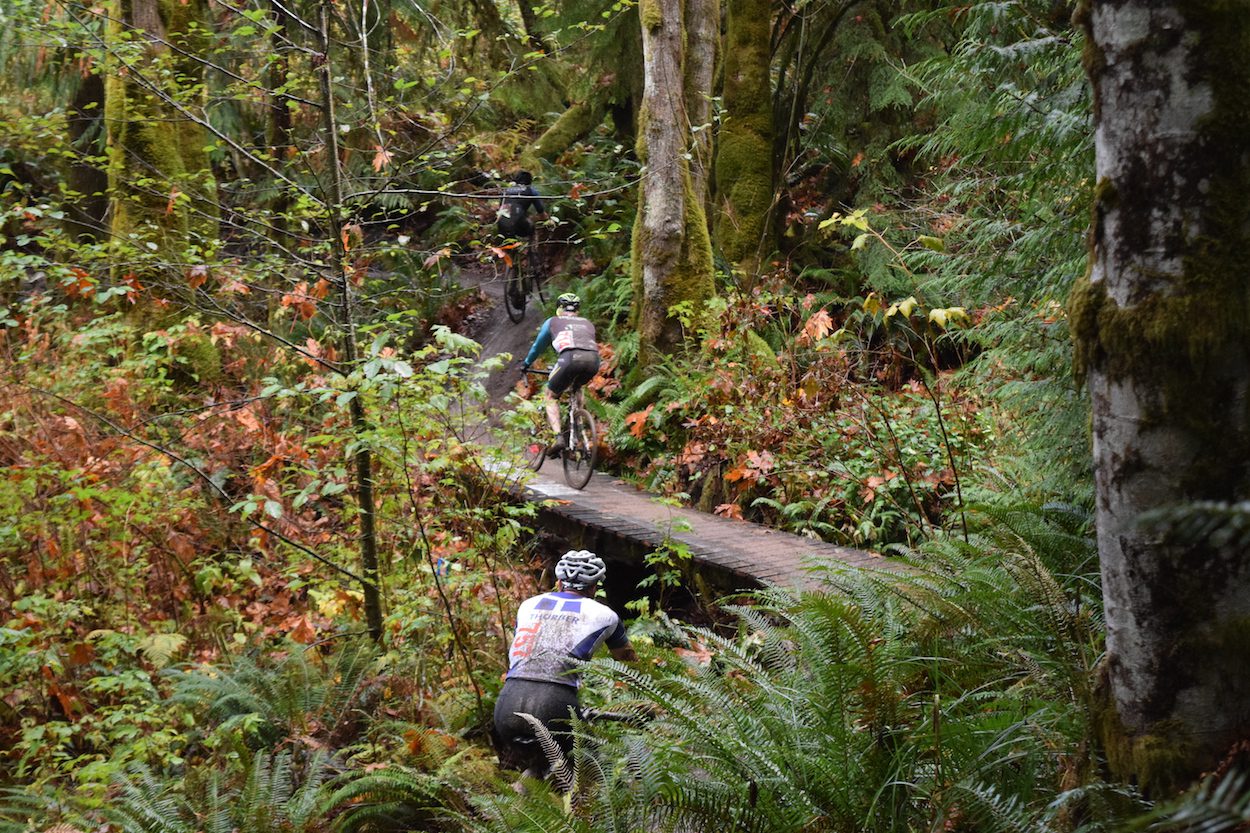 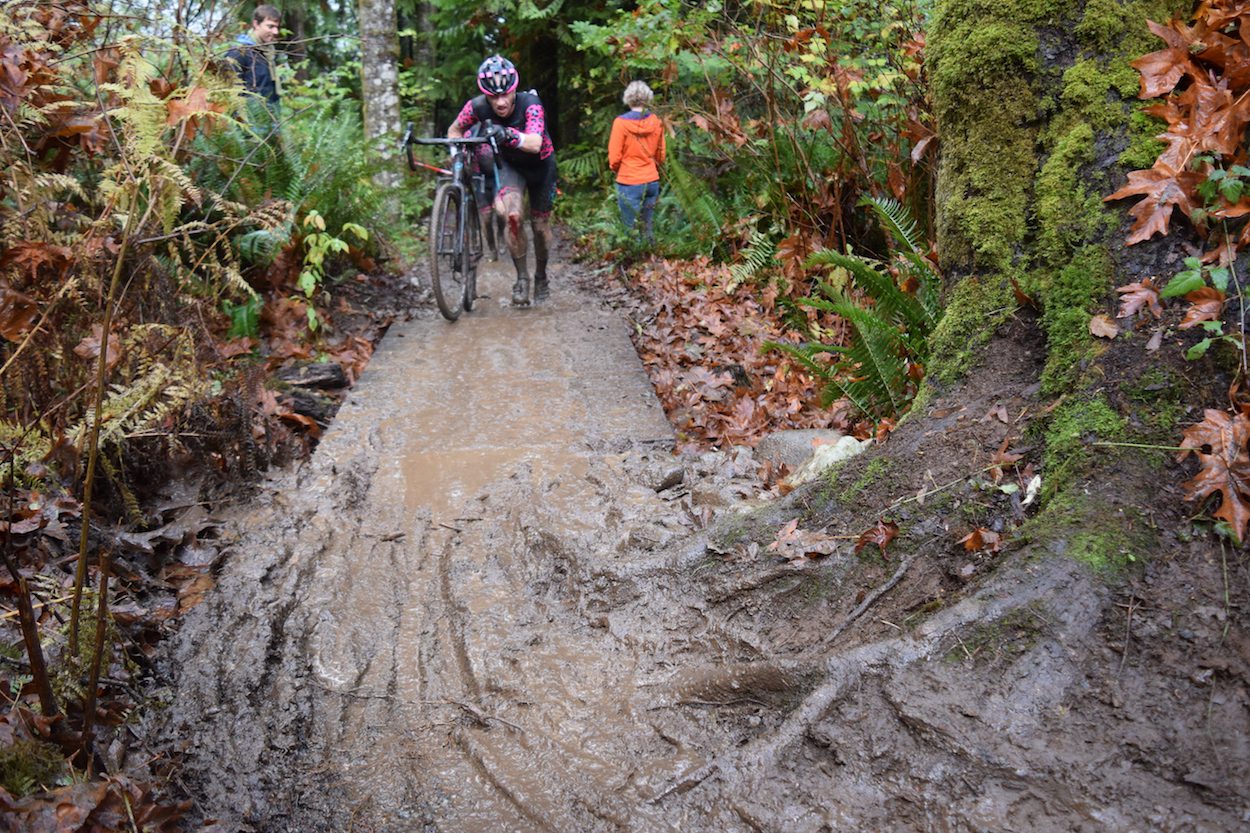 In the Expert Men’s race, Naked Factory Racing’s Carter Wood’s rode away solo for the win. Cross on the Rock Psycho-Cross is his fourth straight win in the Vancouver Island series. Drew MacKenzie (Shimano x Pearl Izumi) chased NFR’s Junior racer through mud, over sand, and across the lake to claim second with Broad Street Cycles’ Parker Bloom not far behind in third. Just 20 seconds back was Kelowna Junior racer Hamish Graham. 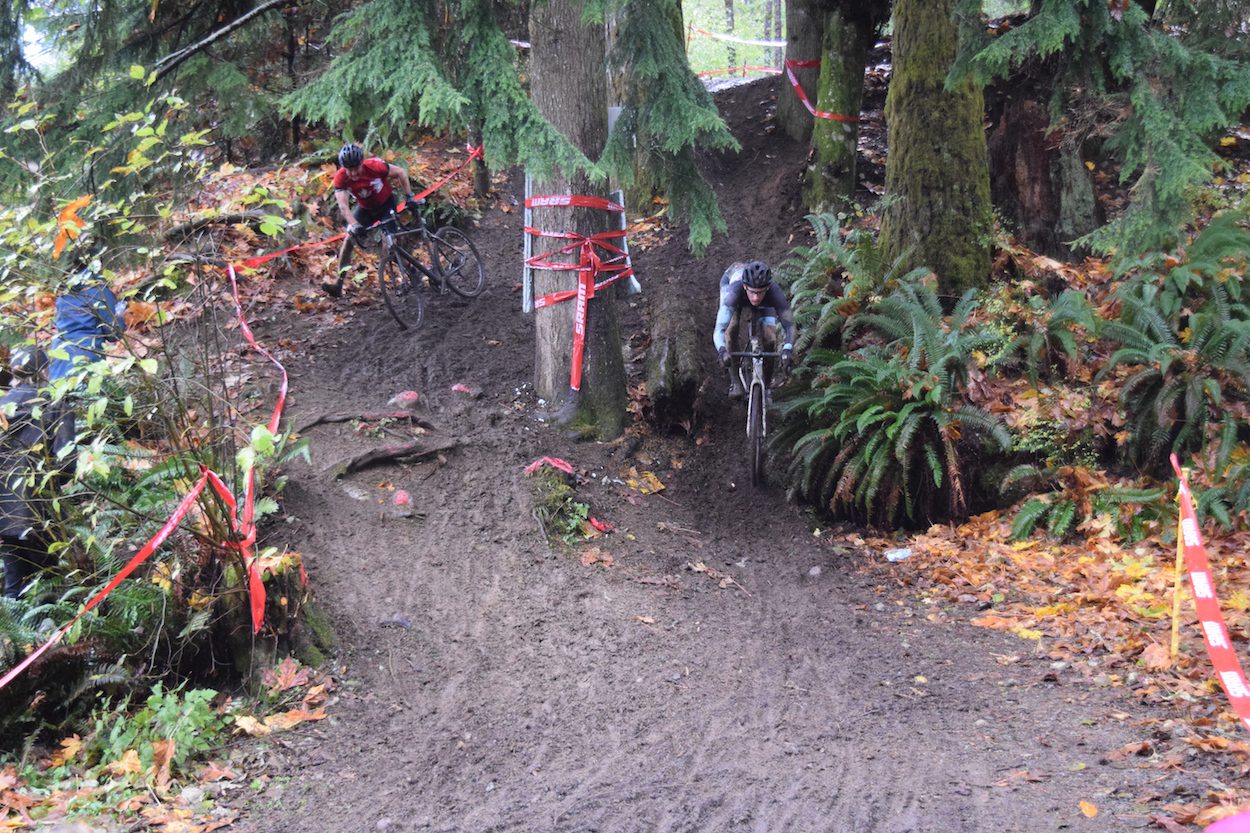 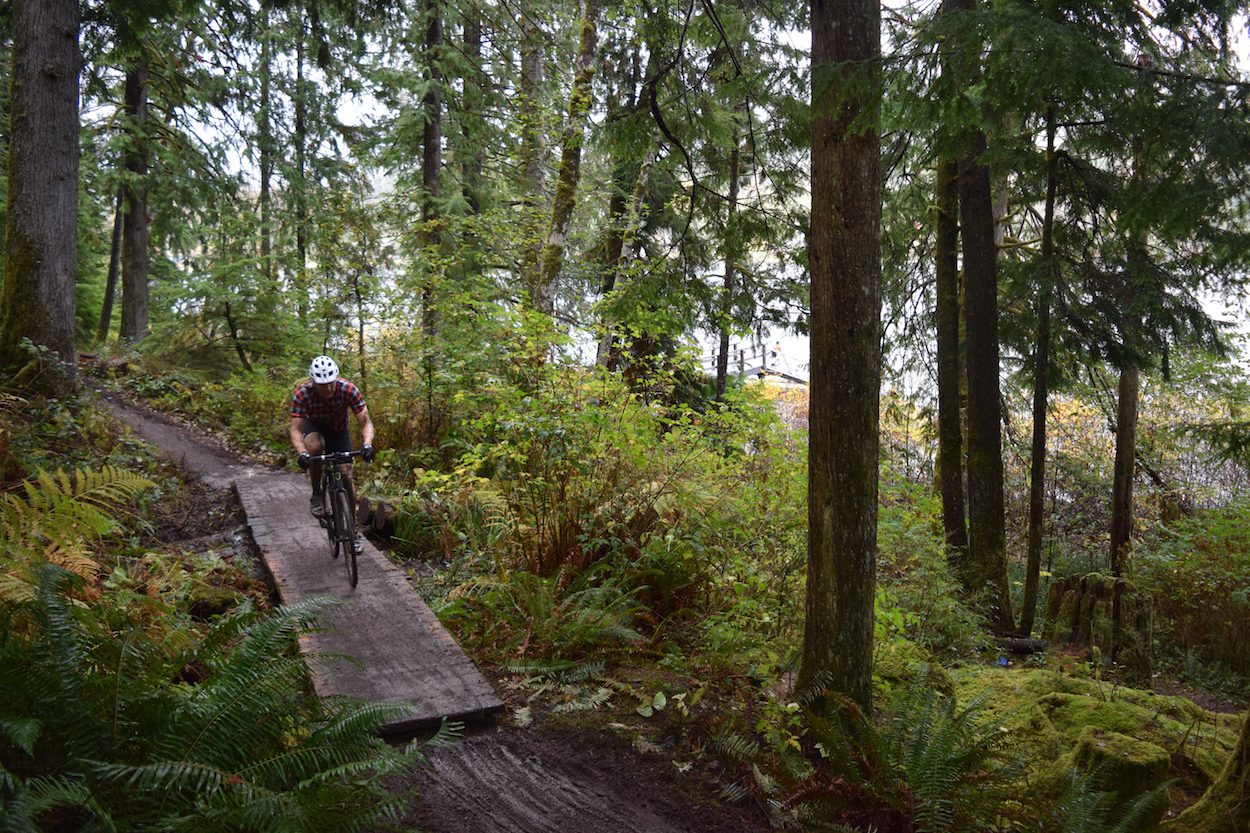 Cross on the Rock continues this weekend with the penultimate round of racing returning to Nanaimo. Racing goes from a fresh venue at Lake Cowichan to one of the series longest serving sites, Beban Park.

The final race of the Island season heads south to Victoria for a double header weekend at Western Speedway on 17/18 November. Saturday’s COTR series finals will be followed on Sunday by BC Cyclocross Provincial Championships. 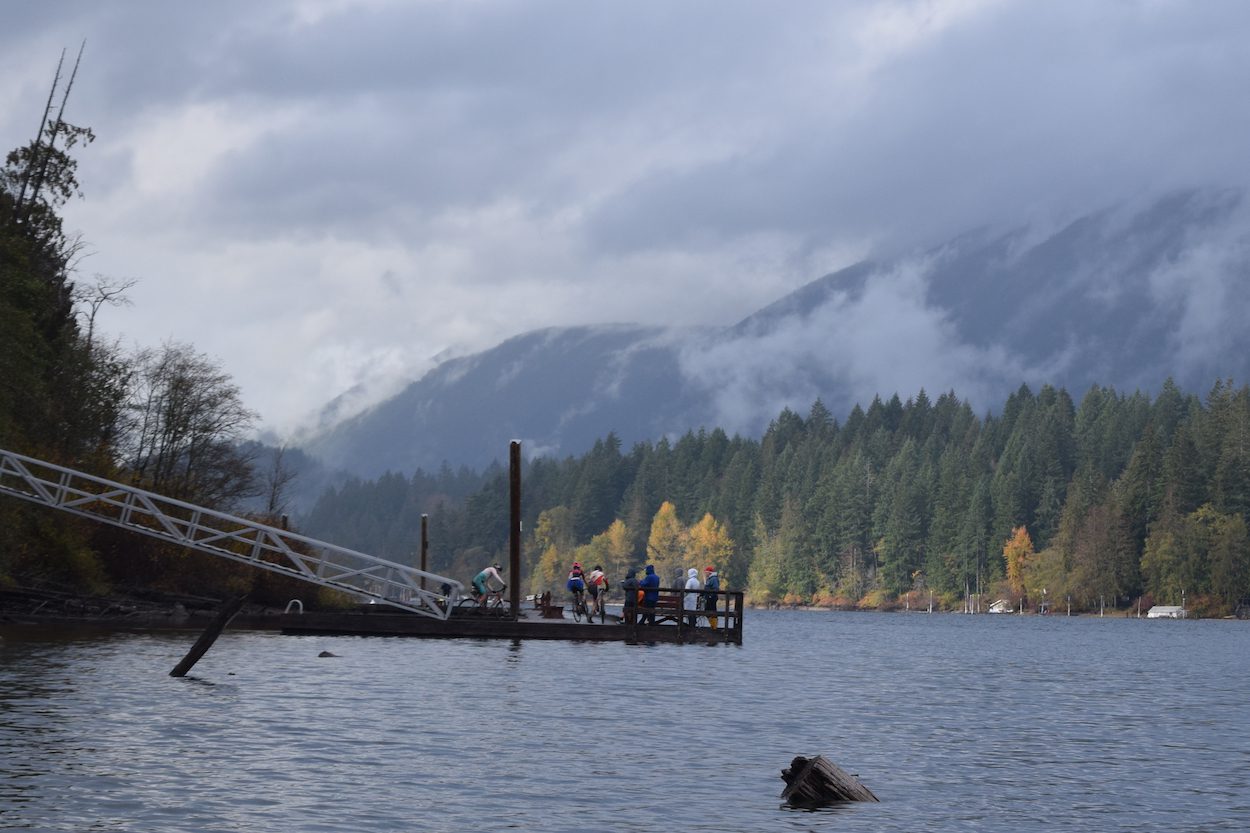 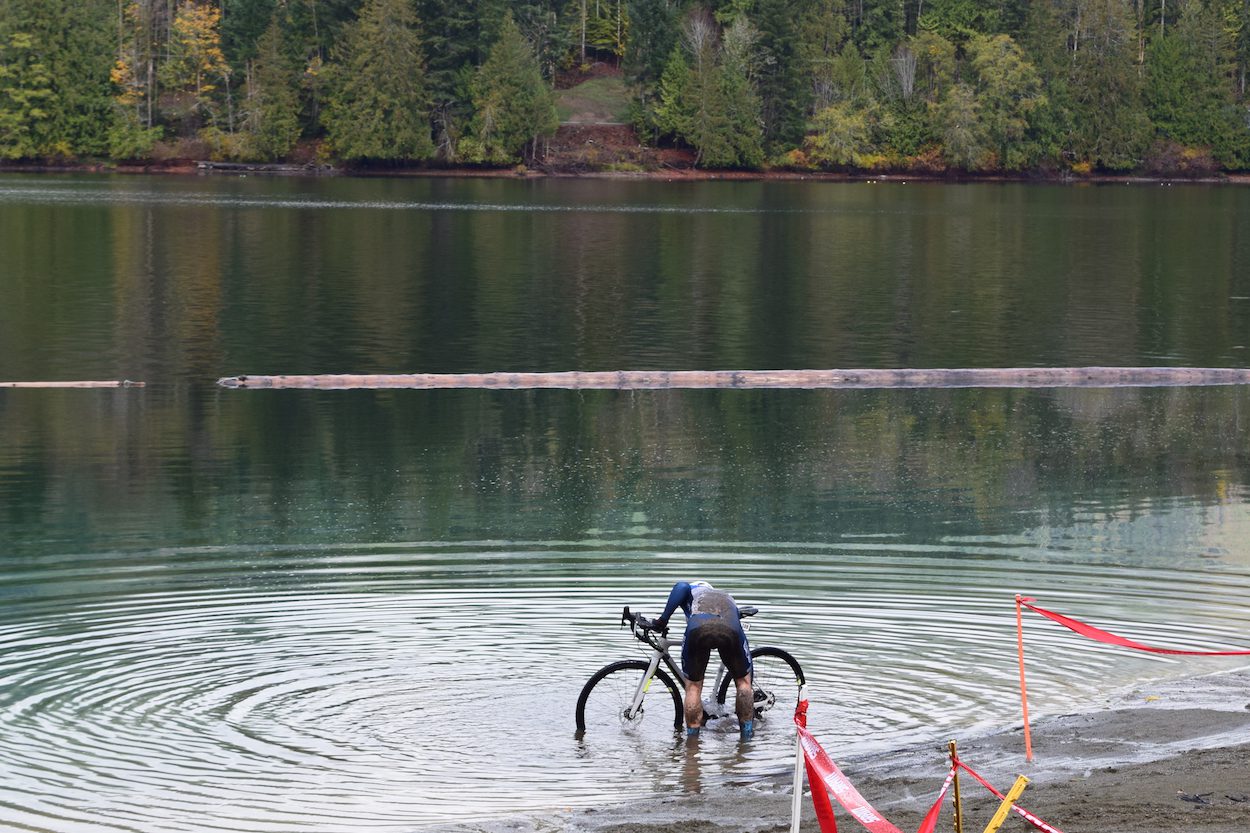